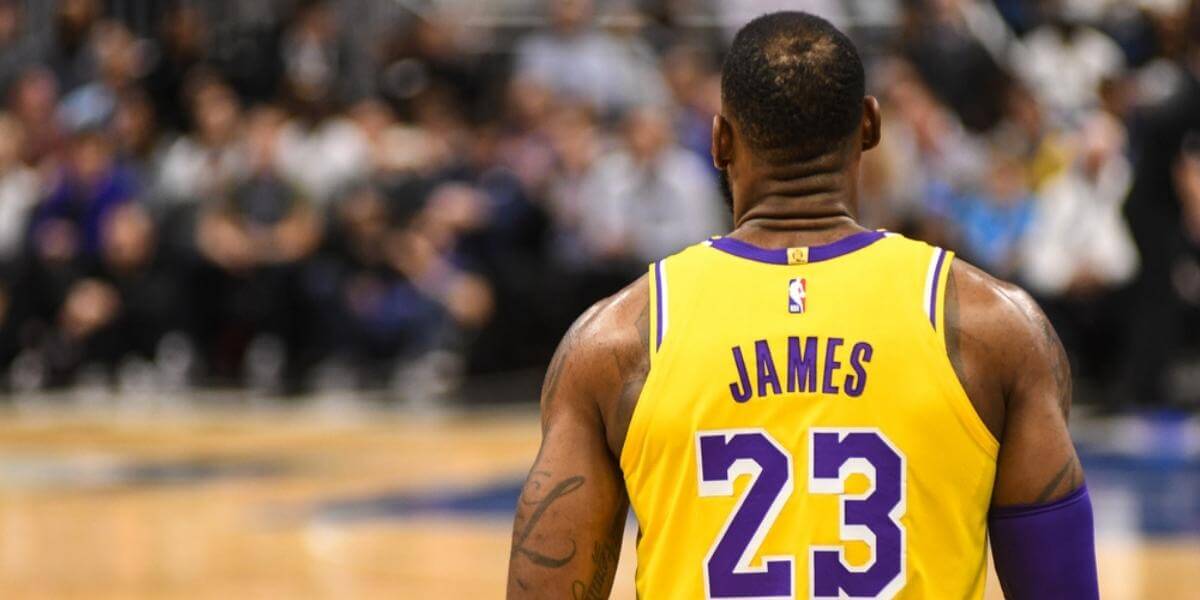 Growing up in the mid-’90s meant that most of my basketball fandom lay at the foot of the GOAT, Michael Jordan. As a Jordan fan during my teens, when basketball meant as much in my life as just about anything, I devoured anything I could get my hands on about MJ. Jordan quotes were one of my favorite indulgences, and one of them stood out more than any:

This generation’s GOAT – even as a Jordan, someone I can’t deny may be the best ever – has been quoted a lot over his career as well. And, while Lebron James is currently one of the most polarizing professional athletes, some of his quotes have been gems.

This piece will take a look at LBJ’s most famous quotes, and some of my personal favorites. If you have heard most of these before, sit back and enjoy. If you haven’t, then maybe you will walk away with a new favorite inspirational quote.

According to Forbes magazine back in August 2021, LeBron James’ net worth was estimated at about $850M! Endorsement deals with companies like AT&T, Beats, GMC, Walmart, PepsiCo, and of course Nike, LeBron is one of the most recognizable people on the planet. So, when James says something, it holds weight in popular culture.

James’ popularity is a big reason that he has so many notable quotes. If people didn’t care about what he had to say, they wouldn’t put a microphone in front of his face on the daily. Not to mention he has a captive audience after every game during his press conference.

What I am getting at is that LeBron James has plenty of outlets, and with the advent and meteoric rise of social media over the past decade, we see and hear him constantly.

So, let’s get into some of the King’s most infamous quotes with one that not even LeBron thought would follow him as far as it did.

There are many quotes from James, but here are the ones that are probably the most famous.

1. “I’m going to take my talents to South Beach and join the Miami Heat.”

In 2010, LeBron James held a press conference named The Decision to announce his free agency plans due to his contract expiring with the Cleveland Cavs after 7 seasons. Would LeBron stay “home” (he is actually from Akron, but close enough!) in Cleveland? Or would he test the waters of another NBA franchise? Welp, the above sentence was all that needed to be said, and the rest was history.

Many don’t remember that, after this quote, LeBron was deemed a villain of the league. He teamed up with Chris Bosh and Dwyane Wade in Miami and many fans wrote him off. He had just spent seven years with Cleveland, making the NBA Finals in 2007. But a lack of supporting cast for seven years bothered James and he saw an opportunity to upgrade his team, and he did just that.

Eleven years later, LeBron is in his 19th(!) season in the league. He has won four titles – two with that Heat team he joined after The Decision – and is the league’s elder statesman.

The news cycle spins fast and many have forgotten about the tone around the league when LeBron decided to “take his talents to South Beach.” But it was definitely a moment in his career and a quote that I will never forget.

2. “I think, team first. It allows me to succeed, it allows my team to succeed.”

On the court, LeBron is one of the best teammates. If a man is open and has a better shot than James, he will find them because he understands the game of basketball as it relates to a team.

This was actually one of LeBron’s early criticisms when the “Is he better than Jordan?” questions began popping up in the media. This clip is a great example of James’ unselfishness on the court.

However, if your teammate misses the shot, and you are the best player in the league, the media will rip you. They will ask if you choked, or if you shy away from the spotlight, instead of seeing if the play you made was the right play.

Jordan will never win any teammate awards and he seems ok with that. James, on the other hand, plays the game a little differently than MJ which is why the comparisons are always a bit off-base in my opinion. Now that James has four rings, his decision-making isn’t as scrutinized as it was when he had yet to win anything.

Bottom line is that LeBron is a playmaker before he is a scorer and that involves trusting your teammates to make the play if you call their number.

LeBron James was on the cover of Sports Illustrated as a junior in high school. His high school games were played on ESPN. If LeBron knows about anything, it is pressure. But to those who have seen the work LeBron has put into the game and the amount of money he spends on his body to prepare for every season, they know the pressure bounces off LBJ differently than others.

The quote, to me, basically is saying that he feels the pressure from external but because he prepares so much for the game, he is ready and pressure shouldn’t even be a factor. I think a lot of players have this feeling of pressure lifting off of them in certain situations. But, for someone like LeBron who is constantly under the microscope, he is built for this.

LeBron James will go down in history on the Mount Rushmore of professional basketball players. He is not only a great player, but he is a winner. In year 19, LeBron’s Lakers are still one of the favorites of taking home the title because of him.

The three quotes I chose tell three different stories from LeBron’s career. The first quote of a young superstar still trying to navigate his way around the league. The next quote is from someone who plays the game of basketball right. If a teammate has a better shot then Lebron will get him the ball because it’s the right play. The third quote of a professional athlete programmed to excel in any situation. No pressure too big for the King.

Which LeBron quote is your favorite? Let us know below in the comments!