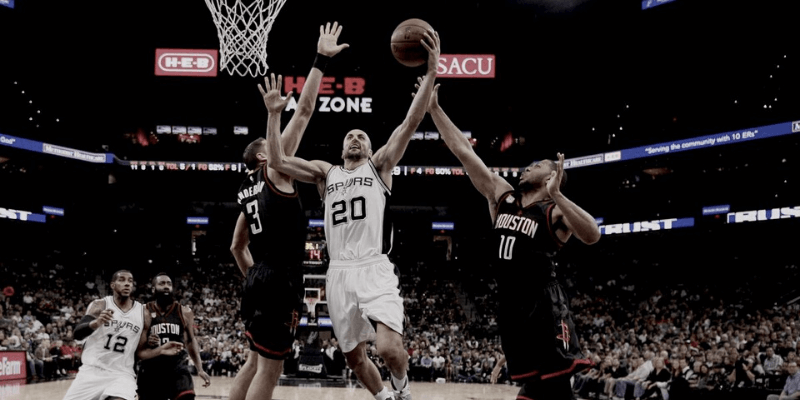 There is something smooth about watching a lefty play the game of basketball. From the slightly unorthodox shooting form to the sudden diversion of the norm when a lefty gets the ball and starts his slightly different than the norm move, the left-handed player has always had a certain level of success in the NBA. When I played college basketball my coach would always circle the left-handed players on the other team because of how unusual their game could be.

Left-handed basketball players are, as in life, not very common which makes them stand out even more when you see someone playing basketball at the highest level with a dominant left hand. The NBA has been fortunate enough to have seen Hall of Fame lefty’s, both in the past and currently, excel at the sport and we will take a look at some of them today.

Below is a comprehensive list of some of the greatest left-handed NBA basketball players of all time and currently. Hopefully, you enjoy and maybe some of your favorites are on the list.

Chris Mullin’s almost effortless flick of the wrist jumper was so smooth it made every young kid want to learn to shoot left-handed. He was always overmatched physically and athletically but as a New York City hoop legend, he never backed down from any other player. Take a peek at this duel he had with Magic Johnson during the 1991 NBA Playoffs and you see everything you need to know about Mullin’s career.

“The Admiral” had an absolutely tremendous NBA career and he was one of the first players that combined NBA skills and overall peak physical fitness to his advantage. He also utilized his left-hand to dominate defenders in the low post. Robinson was a force in the paint and his skills and effort are what led to his Hall of Fame career.

Robinson had such an impeccable reputation among his teammates, coaches, and peers in the league as well. Not only was he a Hall of Fame player, but a Hall of Fame person both on and off the court.

Ginobili was a consummate professional and one of the toughest hardest-working players in the NBA when he played. Being a lefty was part of his identity in the league and his grit and European flare endeared him to NBA fans no matter who their favorite team was.

Ginobili was smart, athletic, and tough as he displays in this career highlight reel. In watching those highlights again, I am blown away at some of the passes Ginobili made in games. These are NBA players that Ginobili is carving up and making look silly with the skill and precision of a master hooper.

Known as the most successful NBA player ever, Bill Russell’s little known fact was that he was a lefty. He was the best teammate in NBA history as well. Whether he had 30 points or zero, his only concern was winning the game and it showed in his career highlights. Unfortunately, the NBA hadn’t begun keeping track of blocks when Russell played because he may be revered even more if that is possible.

Russell’s eleven NBA championships will probably never be touched by another player. Sure, the era was different and there weren’t as many teams, but eleven championships is still such an impressive number. And he won one of those rings splitting duties as a player/coach!

The league is filled with dynamic lefty’s all in various stages of their careers. Let’s check out some of the notable ones and dig deeper into their stats and highlights.

Harden is arguably the most feared ball-handler in the league today. His arsenal of iso moves is rivaled by no one and he can beat you any way he likes. He can get a defender on their heels and hit a step-back on them, he can toy with you and draw a foul sometimes out of sheer frustration, or he can simply blow by you with a combination of speed and power. His game is also very distinctly left-handed and it is one more attribute to confuse his opponents.

Harden has the textbook traditional left-handed jumper as well. His quick release and anywhere-inside-the-building range makes guarding him almost impossible. Just ask the defenders he made look silly in this highlight video.

Many NBA fans grow frustrated when watching Simmons play because there are some aspects of his game that need improvement. The only reason, however, that Simmons frustrates so many is because his potential is literally limitless. Some think he could be a reincarnation of Magic Johnson in an even bigger body. He is a 6’10” 230 lb point guard with great athleticism and amazing court vision.

Yes, he needs to work on his shooting stroke but he is almost averaging a career triple-double and has improved his game every year of his short career. Now imagine if he ever does acquire a jumper. This young lefty could be an all-timer once his career is all said and done.

A lot of what Mike Conley brings to a team can’t be measured in accolades and statistics. He is, what they call in football, a game manager. However, it can’t be denied that he was the leader of the Memphis Grizzlies team that won over 400 games while he was there and made the playoffs for 7 straight seasons. Ask anyone on those teams and they will tell you how important the lefty point guard was to their success.

Unless you have been living underground for the past 2 years, you have heard about or seen Zion Williamson wow basketball fans with his versatile game. Although he is a better shooter than Ben Simmons already if he really starts to work on improving that part of his game we may be seeing the prototype of the new NBA player in Williamson.

He is 6’6” tall and weighs 285 lbs! His game is a mix of Charles Barkley and an alien and I predict it won’t be long until Zion does something in a game that has never been seen before. I’m just happy to be along for the ride.

As a fan of beautiful basketball, I have gotten a lot of pleasure watching some of the greatest left-handed players dazzle on the court in their own unique ways. Basketball is one of those sports that embraces all styles of play and it goes to show you, after seeing the diversity on this list, that any style can be successful.

Who is your favorite lefty baller ever? Let us know in the comments!