Louisville Players in the NBA 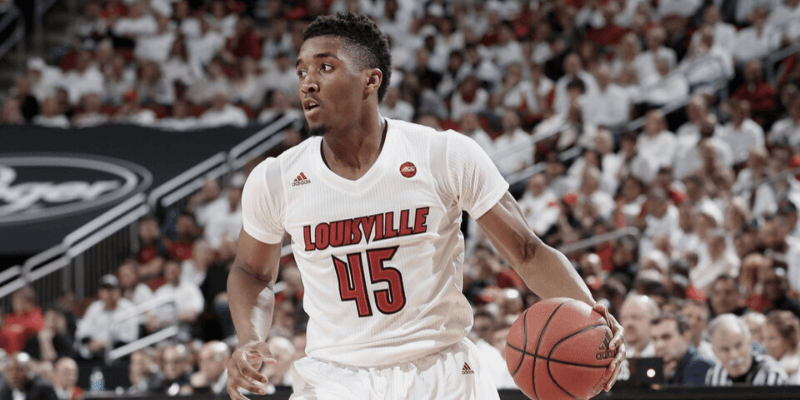 Since the 1970s, the Louisville Cardinals are one of the most successful programs in college basketball. In fact, since their legendary coach Denny Crum took over in 1971, the team has won over 1100 games and has averaged almost 24 wins in the past 48 years. Although the 2013 title was vacated due to NCAA sanctions, the team has won 3 NCAA championships and been in the Final Four 11 times.

Louisville’s teams have traditionally been more team-centric than most of the top programs in college basketball history and don’t boast a lot of “all-timers” when it comes to historically great NBA players. However, they certainly have had their fair share and the current former Cardinals in the league, while some of the more impressive pros in program history haven’t blown other college programs off the map in terms of the individual success of their former players.

Historical Louisville Players in the NBA

Unseld came to the University of Louisville after leading his high school team to two straight Kentucky State titles in his junior and senior year and averaged 35 points on Louisville’s freshman team.

Unseld excelled on the varsity team once he was eligible for his sophomore season and he averaged a mind-blowing 19 points and 19 rebounds that year. He led his Louisville team to the Sweet Sixteen in the NCAA Tournament during both his junior and senior years, averaging another mind-boggling double-double at 20 points and 18.5 rebounds those years. He was highly efficient as well, shooting 61% from the field his senior year.

Unseld was drafted second overall but no one could predict what happened his rookie year. While averaging 13 points and 18 rebounds as a rookie he led his Baltimore Bullets team to a 57-25 record and became only the second NBA player ever to win both NBA Rookie of the Year and NBA MVP in the same year. Unseld’s pro game was tough as nails defense, Hall of Fame rebounding and fast-breaking, as he was known for his unbelievable outlet passes that led to fast breaks for his teams.

Armed with one of the coolest nicknames in basketball history Darrell “Dr. Dunkenstein” Griffith was the most exciting Cardinal ever. Another hometown kid, like Unseld, Griffith turned down the chance to skip college for the ABA and attend Louisville. While there, he won a National Title, won the Wooden Award for most outstanding player, and dazzled fans with his highwire act. For most of the ‘70s, college players weren’t allowed to dunk and he changed the game.

After leaving college as Louisville’s all-time leading scorer, he was selected second overall to the Utah Jazz. His game picked up right where it left off and Griffith averaged 20 points and won NBA Rookie of the Year in his first season. While Griffith’s pro career wasn’t as electric as his college days, he did play in the league for eleven years until injuries eventually slowed him down in the mid-80s. But Dr. Dunkenstein will always be remembered in basketball history.

Ellison had a brilliant college career at Louisville under legendary coach Denny Crum, starting for the Cardinals all four years in school. He was dubbed “Never Nervous Pervis” for his stellar play as he led the Louisville Cardinals to the 1986 NCAA Championship as just a freshman. He was also the first freshman to ever win the NCAA Tournament’s Most Outstanding Player Award, scoring 25 points and hauling down 11 rebounds on 71% shooting in the final game.

He thrived the rest of his college career and ended up being drafted number one overall in the 1989 NBA Draft to Sacramento. Unfortunately, injuries plagued his pro career and the question for Ellison and his supporters was always “what might have been” had he not missed significant games in every one of his 12 seasons in the league. He even won NBA Most Improved Player in his third season, averaging 20 points, but never reached the same heights as college.

Harrell never blew anyone away in the box score but his tough play is hard to measure in numbers. Just ask his former college coach Rick Pitino as his play helped lead the Cardinals to the 2013 national title. In Harrell’s junior year he averaged a career-high 15 points and 9 rebounds and earned All-ACC honors. He left for the NBA after his junior year, getting drafted 32nd overall to the Houston Rockets.

Harrell made the most of the limited minutes he clocked in his early NBA career, playing a key role on defense and scoring when it was needed. After being moved to the LA Clippers in his third season, he really saw his role on the team improve. His last three seasons he has averaged double digits in scoring upping his average to 18 points per game this season as a key player of the loaded Clippers’ bench.

Rozier’s college career lasted only two years, but he showed so much improvement during his sophomore season, and the team made it all the way to the Elite Eight, making it a no-brainer to enter the NBA early. Rozier’s scoring average improved 10 points between his freshman and sophomore years and he led the team in scoring. He earned All-ACC honors in 2015 and left school along with Montrezl Harrell and was selected 16th by the Celtics in the 2015 NBA Draft.

His pro career has been somewhat similar to college where he struggled initially before taking a leadership role in his third season. He was backing up Kyrie Irving on the Celtics but took over his starting role after he went down to injury. Needless to say, he made the most of it. The Celtics made a deep playoff run that year and Rozier averaged 16 points a game and had some huge moments.

Rozier now stars for the Charlotte Hornets, leaving the Celts as part of the Kemba Walker deal, and is averaging 17 points and 4 assists for a young Hornets team.

No one could have predicted Mitchell’s rise to stardom in the NBA this quickly based on the small two-year sample size at Louisville. Mitchell was highly touted out of high school but only averaged 7 points his freshman year and only started 5 games. His sophomore year proved to be his coming-out party. He earned All-ACC honors, scoring 15 points per game and leading the Cardinals to 23 wins although they were ineligible for postseason play by the NCAA.

Mitchell declared early for the 2017 NBA Draft and went 13th overall to the Nuggets only to be traded to the Jazz. His rookie year started out better than expected as Mitchell was putting up impressive rookie numbers. He even broke through the 40-point mark in only his 23rd game ever. He made the all-rookie team his first year and continued his hot start for his 2nd season which saw his average increase from 20 to 23 PPG.

Mitchell is in his third season and he even earned his first All-Star nod this past year. He is one of the leaders of a very good Jazz team with aspirations of winning an NBA title in the coming years and one of the favorites to make the NBA Finals coming out of the Western Conference.

Louisville has been very fortunate as a program. Just looking at their season-by-season results will show you the consistency of greatness the school takes pride in each season. And while their former players and alumni aren’t the caliber success-wise as say a Duke or North Carolina, the city of Louisville is proud of what they have produced on their court and those that continued their careers in the NBA.

Are you a Louisville fan? Let us know your favorite Cardinal player ever in the comments below!