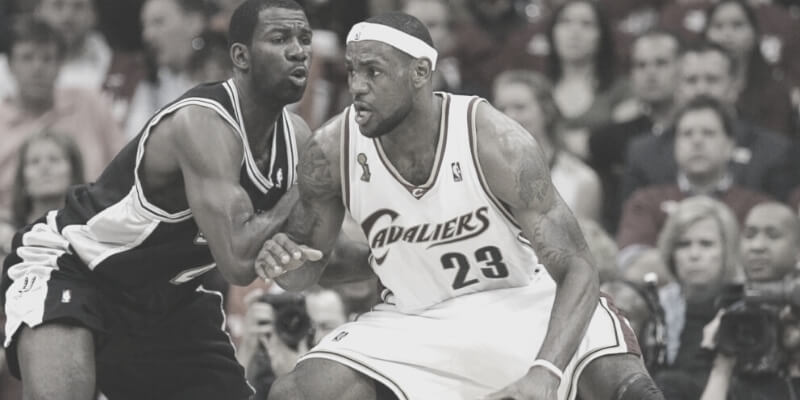 Basketball is a fun, high-flying sport that many people enjoy. There are several reasons for its popularity, but one of the biggest is the high-scoring, offensive-focused games. However, not all contests have a lot of offense. In fact, the NBA has seen a few low scoring affairs.

I am a basketball player and fan with more than two-and-a-half decades of experience with the game. I understand how it works, how it’s played, as well as its long, storied history.

Here, I will break down some of the lowest games the NBA has ever seen by explaining when they occurred, as well as their importance. Scores have only gone up over time, but the following examples show basketball is more than just three pointers and slam dunks.

Read on to learn more.

No Points to Be Had

Some of the following scores may come as a surprise to long time fans more used to the current NBA, but they are a good reminder of how far the game has come. It also shows that games don’t need to break 100 points on each side to be entertaining.

While I won’t cover all of the lowest scoring games in history, as things get a little silly before the shot clock era, the one worth mentioning from that period took place on November 22nd, 1950 when the Fort Wayne Pistons took on the Lakers while they were still in Minneapolis.

As there was no shot clock back then, possessions would last a long time. How long? The final score of the game ended in a 19-18 nailbiter. That may sound incredibly ridiculous, but without a timer keeping players honest they simply didn’t have any motivation to shoot the ball.

That all changed when the shot clock came around in 1954 and teams needed to learn how to shoot more quickly. Before then, however, nobody managed to keep the point total lower than the two teams on November 22nd, 1950.

Once the shot clock came about, scores began to ramp up. However, they still didn’t get too high by today’s standards. In fact, the second lowest affair in NBA history happened just one year after the new timer was invented in 1955.

During this game, the Celtics took on the Hawks (who were in Milwaukee at the time) in a game that only had 119 total points. The final score ended up being 62 to 57, which is where many current contests sit at half time.

That low total was due to a combination of good defense and the way people played at the time. Even with so many low scoring games happening back then, there would not be another one with a total around 119 until more than 40 years later.

While it’s expected to see an incredibly low scoring game during the early days of the NBA, seeing one during modern basketball is a bit rarer. There were actually a few 130 point affairs in the 90’s, but the only one in the 120’s occurred when the ‘6ers visited the Heat in 1996.

During this game, both teams played blistering defense. Nobody could get going offensively, which then led to an ending score of 66 to 57. The total is not just the second lowest in league history, it’s also the lowest we’ve seen in the current era.

As crazy as the finish of the above game was for the 90’s, the matchup between the Celtics and Pistons in 2002 was even crazier. The team from Detroit, known for its incredible defense, put on a show and held Boston to just 66 points. The problem was, Boston held them to 64.

With a total of 130 points being scored in the game, the matchup, which took place in the Eastern Conference Semifinals, is the lowest score of any playoff game in NBA history. In fact, the two leading shooters only had 19 points each.

That’s incredibly surprising for a game that took place after the turn of the century.

With a final score of 75 to 72, this game has a much higher total than the other entries on the list. It still makes it because it’s the lowest scoring Finals matchup in the shot clock era.

As with the Pistons in the early 2000’s, the Spurs were a team known for their defense. They locked down Lebron’s Cavaliers, who also had plenty of rebounding and lockdown weapons.

That combination led to a low-scoring game that ended with just 147 points being scored between the two teams. It was the Spurs’ third straight win, which would eventually lead to them a championship, and a testament to the fact that stingy teams could still keep up in today’s age.

At this point, basketball is almost synonymous with points. Players and teams put up buckets in great numbers, which has led to a huge inflation of final scores over the last two decades. As the above examples show, however, it wasn’t always that way.

Defense and rebounding are parts of the game too, and there are many teams that have taken advantage of those to put pressure on their opponents. It’s been a while since we’ve seen a defense-oriented team rise to the top, but you never know what the future might hold.