Did Master P Play in The NBA? 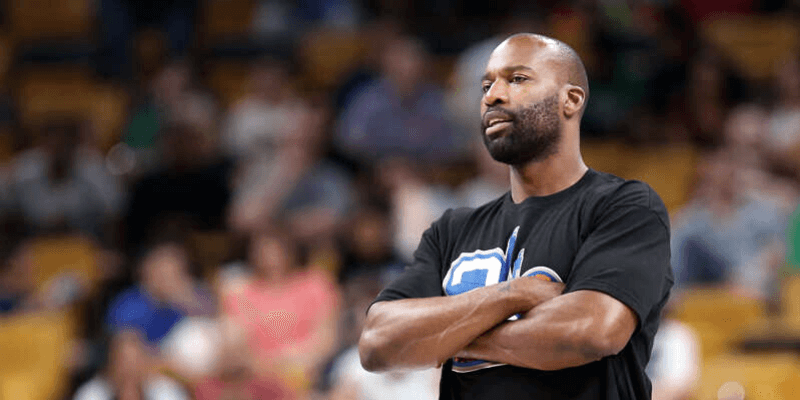 If you’re 35-40 years old, then you probably remember rap mogul Master P. His No Limit Records produced over fifty albums in 15-years and ruled the hip-hop game during the late ’90s and early ’00s.

That’s why everyone was so surprised to hear Master P had some game on the basketball court, even trying out for the NBA. But did he make it?

This article will highlight Master P’s wild journey from hip-hip icon to hoops player and cover the timeline in which Master P had a cup of coffee with the NBA.

Born Percy Robert Miller in New Orleans, Louisiana, Master P was a hustler in the truest sense. He was the oldest of five siblings, including his brothers Corey and Vyshonne. Dubbed as “C-Murder” and “Silkk the Shocker,” respectively, Master P’s two brothers also became multi-platinum rappers under the No Limit Records label.

Master P played basketball in high school and earned an athletic scholarship. He only stayed at the University of Houston for a couple of months before dropping out. After the abrupt halt of his playing days, one would never have expected how his basketball story would end up.

After inheriting $10,000 from his grandfather, P began No Limit Records, a record store in California, which inspired him to create the record label of the same name. Master P’s early musical success started while he was in the group TRU. Their influential TRU 2 Da Game album catapulted him to solo success.

Master P would make 15 albums, three of which went platinum (Ghetto D went 3x platinum and MP da Last Don went 4x platinum) and two that went gold. His music career was prolific. He released 15 albums on several record labels that he ran himself, including No Limit Records, The New No Limit, Guitar Records, and No Limit Forever.

Music wasn’t his only business venture. He produced and starred in movies and television shows, including Moesha, Roseanne, and CSI: NY. He is a tireless businessman and a former WCW pro wrestler. When you tally up all of Percy Miller’s opportunities, it’s not surprising that he’s rumored to be worth several hundred million dollars.

All of these ventures meant the world to Master P, but basketball was his first passion. And in 1998, he had to prove to himself that he was NBA material.

After Michael Jordan won the 1998 NBA title and rode into the sunset, the league worried their star power was lacking from losing the game’s most recognizable star. They were on their way to a lockout as well, which hurt ratings.

Once the lockout was over, there was a shortened season in which each team would play only 50 games after a long layoff. Players were disgruntled, unenthusiastic, and out of shape. It didn’t go as planned.

Ticket sales and viewership were down, many NBA stars came back to the game fat, and the Knicks made the Finals as an 8-seed for the first time in history.

Why wouldn’t Master P star in one of the biggest storylines in the league?

The Charlotte Hornets held a scrimmage. Master P was invited, and 15,000 fans showed up. Master P impressed fans who weren’t sure what to make of this “publicity stunt.” One person who knew this wasn’t for publicity was Master P himself. He played great in the exhibition, scoring 9 points and dishing out 4 assists in 16 minutes of action.

The stints with Charlotte and Toronto marked the abrupt end of Master P’s NBA “career.” However, many who played alongside and against him marveled at how well he did under enormous pressure. Master P was a shooter and could hit the three-ball with great accuracy. He could dribble well and knew the game, too.

His two biggest weaknesses were his size and his explosiveness to the rim. Every year there are countless college players expected to make the leap to the next level. They fall short because their bodies aren’t ready for the NBA. Master P fell into this category. The marvelous thing about P, though, was that he came in at 31 without any real organized experience. Whether he was ready for the league or not, he impressed many of his doubters.

After his two cups of coffee with the NBA, P wasn’t done playing basketball. He dabbled in the ABA and the CBA—and averaged 24 points per game for the Vegas Rattlers in 2004 at the age of 37.

While Master P never technically played a regular-season game in the NBA, he’s in the books, tallying stats in pre-season games for both the Hornets and Raptors. Master P’s legacy goes far beyond his brief stint with professional basketball, too. He is a rapper, producer, actor, businessman, philanthropist, professional wrestler, and more.

And after taking a look at some of his basketball highlights on YouTube, I would add professional basketball player to that impressive list. The one thing no one can ever say about Master P is that he doesn’t try. He sets his sights—music, TV and film, pro wrestling—and doesn’t give up. Many of us could learn from Master P’s dedication and determination.

What was your favorite Master P album during his illustrious career? Let us know below in the comments section!