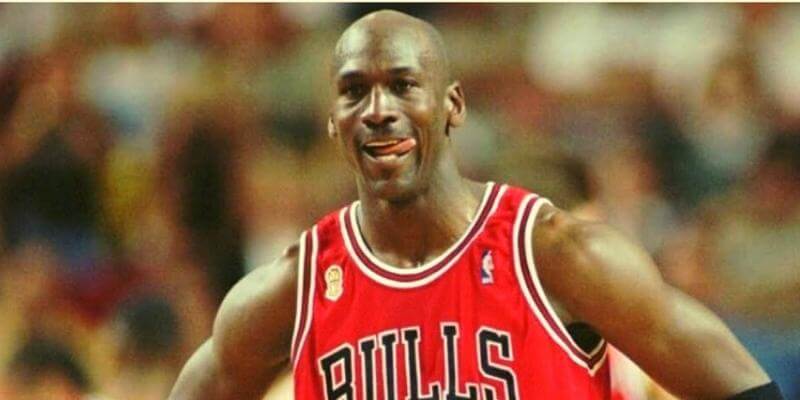 Michael Jordan is largely considered to be the best basketball player of all time. He went undefeated in the Finals, set numerous scoring records, played incredible defense, and succeeded year after year. He also loved to speak his mind.

The G.O.A.T has plenty of inspirational quotes about both life and the game he loved so much. This article will cover some of his most popular and analyze why they hold so much weight.

This quote reveals Jordan’s ability to show up in big moments. It’s all about staying calm and focusing on the task in front of you. There’s nothing worse than freezing or going off course when the lights get bright. Stay positive at all costs. Anything else is a distraction.

2. “I would tell players to relax and never think about what’s at stake. Just think about the game. If you start to think about who’s going to win the championship, you’ve lost your focus.”

In basketball, and in life, it’s easy to get ahead of yourself. Meeting a goal is important, but Jordan never focused on something until it happened. You have to cross each bridge as you come to them. If you look too far into the future, it’s easy to lose your way.

3. “The minute you get away from fundamentals…the bottom can fall out of your game.”

It’s easy to see talent and only think about how good they are now, but Jordan knows how much work goes into success. Every all-star has a strong base that influences how they play. To be great at something, you first have to practice the small stuff.

4. “The basketball court for me, during a game, is the most peaceful place I can imagine. On the court, I worry about nothing. When I’m out there, no one can bother me.”

One of the biggest reasons for Jordan’s success is that he truly loved the game. He was a pure athlete who did what he loved. This quote is important in that regard because it shows how much loving what you do in life matters.

Nobody put in more effort than Michael Jordan. He wasn’t just talented, he had a drive that few players have ever been able to match. This quote is a perfect example of his killer mindset. He didn’t just want to succeed, he wanted to be the best. That’s why he won time and time again.

6. “The game has its ups and downs, but you can never lose focus of your individual goals and you can’t let yourself be beat because of lack of effort.”

Jordan always preached hard work and determination. This reflects those goals by showing that, no matter what you do in life, you have to give it your all. It’s not always about succeeding, it’s about giving it your best shot and then seeing what happens.

7. “I’ve missed more than 9,000 shots in my career. I’ve lost almost 300 games. Twenty-six times, I’ve been trusted to make the game winning shot and missed. I’ve failed over and over and over again in my life. And that’s why I succeed.”

It’s easy to look at Jordan and only see success, but the road to the top is never easy. Jordan knew that, and often spoke about his own struggles. You have to put in work if you want to get better, and you can’t let small failures set you back.

When times get hard, you have to keep pushing forward. Failure isn’t the end, it’s simply a new obstacle to overcome.

8. “There are plenty of teams in every sport that have great players and never win titles. Most of the time, those players aren’t willing to sacrifice for the greater good of the team…Their unwillingness to sacrifice only makes individual goals more difficult to achieve.”

All greats, including Jordan, know the importance of sacrifice. Dynasties all have to make concessions for the greater good, especially when there are multiple all-stars on one team. When pushing for a goal, you can’t get caught up in individualism.

The more you only focus on yourself, the easier it is to lose sight of the dream.

9. “I play to win, whether during practice or a real game.”

One of Jordan’s fundamental beliefs was that you should always strive for greatness. His competitive nature helped fuel his championship runs and helped make him special. Don’t take days off just because you can. Keep pushing until you’re where you want to be.

At the end of the day, Jordan did what he loved. This quote shows that, and reflects that you should always try to enjoy your life. You might not be in the place that you want, but it’s never too late to get there.

Few players have as much power as Michael Jordan, and even less spoke as much about the game as much as he did. He was a superstar in every sense of the word. He worked hard to make it to the top, and wasn’t afraid of giving advice or being real with the fans.

The above sections show his propensity for bluntness, and reveal what it takes to be the best. While he mostly talked about basketball, each of his quotes also pertain to life. It doesn’t matter what field you’re in, success takes hard work.