How Many Seasons Did Michael Jordan Play in the NBA? 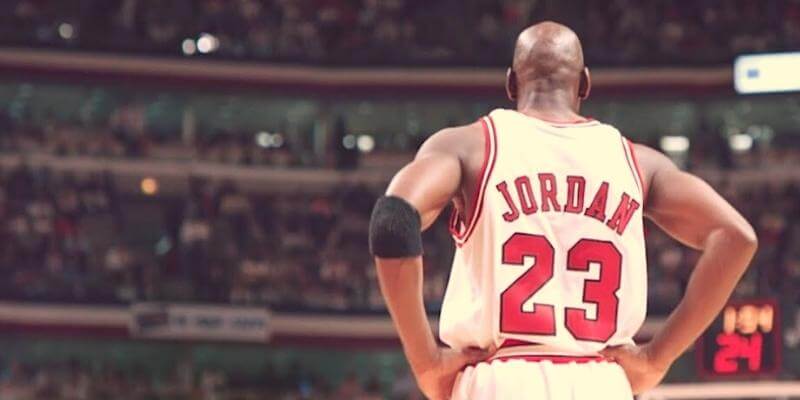 The NBA is an unforgiving league. While all pro athletes would like to stay on the court forever, that’s simply not reality. Most players only last a few years, with a few special cases sticking around for a decade or more. That, unsurprisingly, is where Michael Jordan fits in.

The G.O.A.T did not have the longest NBA career, but he played much, much longer than most other stars. The following paragraphs cover those seasons, how they occurred, and why Jordan continued to thrive where so many others fell off.

Overall, Jordan played for 15 seasons in the NBA. That’s much longer than the average span of an NBA career (4.5 years) and it further reinforces his dominance. He wasn’t just in the league for that entire time, he thrived from the start all the way to the end.

Jordan’s career path is unique as well. Where most stars stick with one team during their prime, then usually jump around a bit as their athleticism winds down, Jordan only seemed to get better with time. He also had two gaps in his career, but still managed to bring home six titles.

Jordan came into the league during the 1984 season when the Bulls picked him third overall in the draft. He instantly took to the game, playing well enough to earn national attention. However, despite his skill, he didn’t have the right players around him.

The Bulls went 38-44 his rookie season and lost in the first round of the playoffs. He then missed 64 games the next season with a broken foot before bouncing back in 1986 with one of the best scoring seasons (37.1 ppg) in NBA history.

Despite his talent, he couldn’t get his team past the Pistons. Jordan’s Bulls were bounced out of the playoffs in 1988 and 89. It wasn’t until the 90’s that he created his legacy.

Spurred by high-level play and a desire to win, Jordan won three straight NBA championships with the Bulls from 1990 to 1993. Those seasons instantly put him on the map as one of the best players of all time. Then, out of nowhere, he retired.

After reaching his goal of a title, Jordan tried a career in baseball. He signed a minor league contract with the Chicago White Sox in 1993. He played well, but ultimately came back to the NBA after the 1995 MLB strike.

Despite not playing for two seasons and getting into his mid-thirties, Jordan once again proved his dominance. He won three more titles, putting him as one of the few players to get six rings.

With a 6-0 Finals record, he decided to retire again. However, he couldn’t stay away for long.

The Return of the King

As he did during his hiatus in the 90’s, Jordan only stayed away from the game for two years. He sat out in 1999 through 2001, then decided to lace up his sneakers and join with the Washington Wizards.

This return, however, was not as glamorous as his first. He had solid stats (averaging more than 20 points a game) but wasn’t as quick or as dominant as he used to be.

Through a combination of injuries and lackluster teammates, Jordan’s Wizards never got off the ground. They failed to make the playoffs and lost most of their games. That caused his true (and final) retirement in 2003 after playing for fifteen years in the league.

Few players have matched Jordan’s success, and nobody in the modern era has come close. He truly was one of the all-time legends, and someone who seemed to get better with time. His longevity at such a high level is one of the many reasons he’s considered the best of all time.