How Many Rings Does Michael Jordan Have 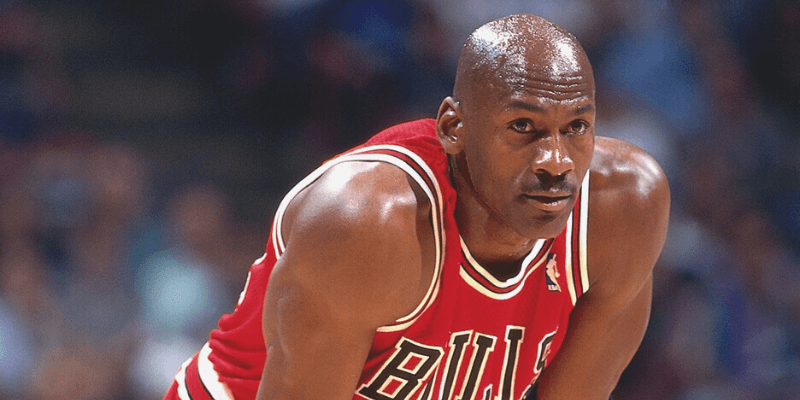 Michael “Air” Jordan is arguably the greatest player in the history of the NBA. His skill, athleticism, and killer instinct on the court separate him from the rest. He is a winner; his competitive nature wouldn’t settle for anything less.

We all know that Jordan was the face of the Chicago Bulls through the 1980s and ‘90s and that he played a massive part in creating their dynasty. But how many rings did Jordan win with the Bulls during his impressive career?

The answer is six. Jordan won them with the Bulls in two separate three-peat title runs. So let’s look at his titles and see if he could have won more had he stayed with the team.

Before he was one of the most recognizable faces in professional sports, Jordan starred for the UNC Tarheels in college. It didn’t take long for Jordan to make his mark: the Tarheels won the NCAA Championship during MJ’s freshman year. The hero of the title game? Jordan himself, sinking a shot with just under 20 seconds to go to put UNC up in the game for good.

Jordan never captured another NCAA title, but his ability to make a big play with the entire season on the line would be a theme throughout his illustrious career.

Jordan burst onto the scene in 1984 and made an immediate statement in the NBA, making new fans every night. However, he racked up years of big stats without championship rings to back them up. Critics questioned whether or not he had what it took to lead a team to a title.

It took MJ seven seasons to capture his first ring. Once he started winning, though, they came in bunches.

After struggling with the Pistons for three straight seasons, the Bulls entered 1990 determined to overcome the “Bad Boys.” They had an impressive regular season, finishing 61-21, and entered the playoffs as the best team in the East. The 1990-91 season was also notable for Jordan as he captured the second (but not last) MVP award of his career.

Chicago breezed through the first three rounds of the playoffs, losing only one game in the first twelve. The Finals pitted the new-kid Bulls against the previous NBA dynasty, the Los Angeles Lakers. Many believed the Lakers were too much for the Bulls; Jordan’s critics wondered if he could be a team player when it mattered.

Jordan was a team player and then some, averaging 11 APG with a 31 PPG average. The Bulls beat the Lakers easily in 5 games, capturing their—and Jordan’s—first NBA title.

It didn’t take long for Jordan to get his second ring. On the heels of his most successful season in the league, Jordan and his Bulls ran it back for a second straight year. Chicago won six more regular-season games than the previous year, entering the playoffs with a big target on their backs.

After the Bulls swept the Heat in the first round, they were taken to seven games in a hotly contested series versus the Knicks. The Knicks won ugly with defense and tough play, incorporating many of the Bad Boy Pistons’ “Jordan Rules” against MJ. Jordan still averaged 31 points for the series, but the Knicks certainly slowed him down. The Bulls were then taken to six games against the Cavs in the Conference Finals.

This set them up for a matchup with the Portland Trailblazers for the NBA title. While many thought Blazers’ star Clyde Drexler would stifle Jordan, it didn’t happen. Instead, game 1 saw Jordan light it up from downtown hitting six threes, an unheard-of stat for how the game was played in the early 90s. The Bulls and Blazers were tied at two games apiece when the Bulls put on the afterburners and won the next two, giving MJ his second ring.

“Would MJ and the Bulls be able to three-peat?” was the question on everyone’s minds entering the ‘92 season. Jordan had become a global phenom the previous summer starring on the infamous Dream Team in Barcelona. He was, however, exhausted. Between two NBA titles and the Summer Olympics, Jordan had racked up a lot of games over the past two-plus years.

The Bulls routed the Hawks and the Cavs in the first two rounds of the playoffs, then met their new semi-rival in the Knicks for a shot at the Finals. The Knicks thought that this was the year— but they were mistaken. After going down two games to none in the series, the Bulls dug deep, winning the next four to face the Phoenix Suns in the Finals.

Jordan was unstoppable in the series, averaging 41 points in six games on 51% shooting. After going down two games to none, the Suns were never really in the series (even though they went on to win two games). Then Jordan and the Bulls did the unthinkable: a three-peat for the ages. Unfortunately for everyone in the Bulls organization, the fourth would have to wait a few years.

A lot happened with Michael Jordan in between rings 3 and 4. First, after the tragic death of his father, Jordan walked away from the sport. Then, in the middle of the 1994-95 season, he was back. The result was an understandably rocky season. However, Jordan and the Bulls were primed to make their triumphant return to the top in 1995.

The 1995-96 Bulls made history in more ways than one. They became the first NBA team to win seventy games (they won 72 total) en route to the NBA Finals against the Seattle Supersonics. The Bulls won the first three games of the series with relative ease, beating the Sonics in six games for Jordan’s fourth title.

At this point, it was almost a given the Bulls would make the Finals. The biggest question would be, “Who were they playing?” This didn’t change in 1997 either. Chicago won 69 regular-season games and breezed through the early rounds of the playoffs, defeating the Bullets (3-0), Hawks (4-1), and Heat (4-1).

This set up a date with the Utah Jazz, led by current MVP Karl Malone and future Hall of Fame point guard John Stockton. The Bulls won the first two games in Chicago; the Jazz won the next two in Utah. Then came Game 5 and Jordan’s notorious “Flu Game.” It was reported prior to the game that Jordan was very sick. Team officials warned him against playing. He did it anyway, putting in one of his most remarkable performances and scoring 38 points.

The Bulls hoisted the title the following game, beating the Jazz by four behind 39 points from Jordan.

There were rumblings in NBA circles that this might be the Bulls’ last rodeo as a dynasty. After the Bulls organization made it clear that Bulls head coach Phil Jackson would not be returning (even though he had led the team to 5 titles in 7 years!), Michael Jordan made his intentions clear that he wouldn’t play for anyone else.

This storyline hung over the team for the entire season—but you couldn’t notice it in their on-court play. The Bulls ended the season with 62 wins and headed into the playoffs heavy favorites to win it all. Their first-round matchup with the Nets ended in a breezy 3-0 sweep. The second round wasn’t much different, as they handled the Hornets 4-1.

The Bulls were tested during the Conference Finals against the Reggie Miller-led Pacers. After Chicago won the first two, the Pacers evened the series 2-2 in their building. Then, both teams took turns winning the next two to set up a highly anticipated seventh game. In the deciding contest, Jordan shined, flirting with a triple-double. He scored 28 points, grabbed 9 rebounds, and dished out 8 assists in the Bulls’ victory.

The Finals again pitted the Bulls against the Jazz, who were looking for revenge. Although Utah captured Game 1, the series never got competitive again, with Chicago winning the next three. In Game 6, Jordan gave his fans a lasting image, hitting the game-winning shot. With a flair for the dramatic, Jordan posed at the end, holding his follow-through a second longer than usual.

Jordan’s six titles in eight years are something no NBA player has ever duplicated—and perhaps never will. He dominated the sport while he played but more importantly, he dominated the postseason unlike anyone in the history of the sport.

What is your favorite MJ title moment? Let us know below in the comments!