Who Are Michael Jordan’s Sons 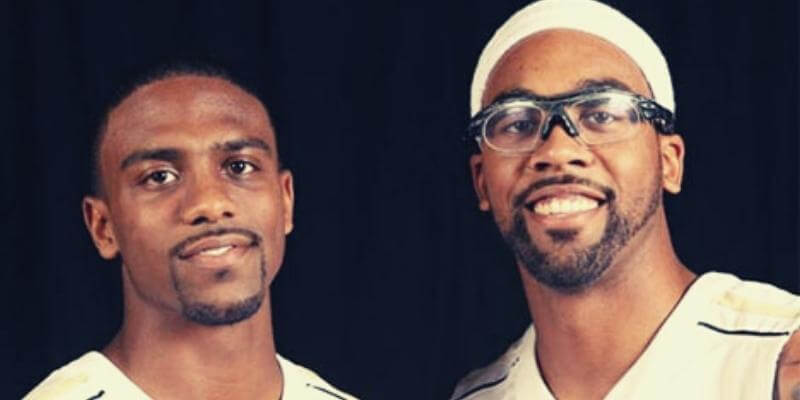 Michael Jordan has two sons and both of them followed in his footsteps by playing basketball when they were in high school and college. However, after college, Michael Jordan’s sons chose different career paths, but Jordan’s basketball legacy gave them a sense of direction. Marcus has a basketball spirit in him because of the sneaker store.

Everyone on the planet, basketball fan or otherwise, recognizes the name Michael Jordan. However, the same cannot be said about his sons. Though everyone assumed they would follow in their father’s footsteps and become superstars, it didn’t quite work out that way.

The following sections take an in-depth look at Jordan’s two sons by analyzing their own basketball careers, why they didn’t make it as far as their father, as well as what they decided to do instead.

Michael Jordan’s first son, Jeffrey, had a ton of press when he grew up. That’s to be expected, given who his father is, and many people tracked him on and off the court. He was a skilled basketball player in his own right, and did a decent job growing up.

Born in 1988, he played at Loyola Academy. He excelled there, being both an offensive and defensive force against almost all of the competition. Not only that, but four of his games were shown on ESPN during the 2007 season and he received all catholic-league honors.

That early success got him a chance to walk onto the University of Illinois, where he played well enough to get a full scholarship. Though he did well, the NBA wasn’t in his future. Knowing that, he left the team after one season to intern at Nike and get a taste of the business world.

While he did transfer to the University of Central Florida to play a few more years, he would ultimately leave them too. His focus wasn’t fully on basketball, which was a constant theme of his early years.

Rather than try to pursue something he didn’t truly love, Jeffery wanted to be involved in the shoe business like his dad. He worked for Nike after college, which gave him insight into that world. Breaking from that, he then co-founded the consulting firm, Jordan Avakian Group in 2020.

Michael’s youngest son Marcus was born in 1990, two years after his older brother Jefferey. As his brother, he started his career at Loyola Academy. The pair played well together, leading the school to the Conference Championship and their best ever record.

However, unlike his brother, he didn’t stay there for all four years. Once Jeffrey graduated, Marcus transferred to Whitney Young High School for his last two years. There, he also had a ton of success.

He led the team to an Illinois State Championship, something he couldn’t do at Loyola Academy, and raised his own game to new heights. He managed to get nationally ranked and nearly averaged a triple double during his time there.

Unfortunately, the highly-touted guard did have some off the court issues that made some coaches wary. He reportedly spent more than $56,000 at a nightclub in Las Vegas and got arrested in Omaha for disorderly conduct, obstructing justice, and resisting arrest.

That didn’t stop him, however. After overcoming his issues, Marcus went on to play for the University of Central Florida.  He scored 8 points a game his first year, and would act as a decent role player during his time with the team.

Though he didn’t go onto the NBA, Marcus played all four years and eventually earned his degree in Hospitality Management. From there, he entered the world of business and opened the “Trophy Room” shoe store in 2016. It continues to operate online to this day.

How Tall are Michael Jordan’s Sons?

Michael Jordan’s sons are both shorter than most people would imagine, especially given their dad’s 6’6 height. His son Marcus is 6’4. Jeffrey, on the other hand, only stands 6’1. That shorter stature was something they had to overcome during their basketball careers.

Yes. Even if they didn’t have the same skill as their dad, it would be hard to avoid the game if your father was the greatest to ever play. Both played their high school ball at Loyola Academy in Wilmette, Illinois. Marcus played at Whitney Young High School too.

Though you never want to simplify any situation, the simple answer is that they weren’t good enough. Both kids were stars at their high school (Marcus being ranked the 60th point guard in the nation) but neither of them seemed to have their dad’s rare, unbelievable talent.

They did a decent job in college too, but neither of them had showings like NBA players need to have when playing D1. Even Marcus, who managed to be nationally ranked, was a bit undersized and not that great of a shooter.

They were both solid, but not quite where they needed to be if they wanted to turn their skills into a full time career.

The other aspect as to why they didn’t go pro is that they simply didn’t want to. Basketball is a long, tough road. You have to truly love it in order to make it to the highest level. Marcus and Jeffrey both made it clear that the NBA was not a path they wanted to take.

Both kids have done well for themselves off the court, especially when it comes to business. That gave them a rich, fulfilling existence without basketball.

What Do Michael Jordan’s Sons Do?

Both Marcus and Jeffrey are inside the business world. While they aren’t intricately involved with any huge company, they use their own money and trusts to generate wealth. They each run their own companies, which focus on different areas.

Jeffrey, who made a lot of his money in well-timed stock investments, recently opened a consulting firm in Chicago known as the Jordan Avakian Group. That endeavor takes up most of his time, and it allowed him to put his business acumen to the test.

In contrast, Marcus runs a high-end shoe/apparel store known as the Trophy Room. Following in his dad’s footsteps with a love of sneakers, he sells Jordan-Inspired memorabilia for others who share his passion for footwear. There are clothing options on the site too.

What Are Michael Jordan’s Sons Net Worth?

Michael Jordan’s sons, as you can imagine, are quite well off. Not only do they have the family money, but they generate income from different revenue streams and business ventures as well.

Jeffrey is the better off of the two sons. He is worth at least $55 million, a figure he made by owning more than 4,000 units of Pinterest stock, as well as the sale of PINS stock.

On top of that, he has his new consulting firm, which is sure to steadily bring in some extra money as the years go on.

Marcus’ net worth is considerably less than his dad and brother, but still impressive in its own right. He is worth somewhere around $2 million, which he has earned from his personal business ventures and selling memorabilia/shoes through the Trophy Room.

Of course, the two above figures don’t count any purchases, items, or money they have gained by being a part of the Jordan estate. That’s likely a considerable amount as well.

Michael Jordan was born in New York in 1964 and he grew up in North Carolina. After failing to get a position in his high school basketball team as a sophomore, Jordan trained harder and he was recruited the following year. After completing his high school education, Jordan was offered a scholarship by the University of Carolina, and in the first season, he was named rookie of the year.

In those two years that he played for the University of North Carolina, Sports News also acknowledged him as the college player of the year two consecutive times. In 1984, Michael Jordan made it to the NBA as the third pick in the draft, he was picked by the Chicago Bulls. Even in the NBA, Michael Jordan’s competence could be seen. In his first NBA league, he made it to the All-star team and was the league’s rookie of the year.

Michael Jordan was the second player in the NBA after Wilt Chamberlain to score more than 3,000 points in a single league. Apart from his personal growth in the NBA, the team he played for also foresaw some major improvements. John Paxson, Horace Grant, Bill Cart, and Scottie Pippen were some of the players who played alongside Jordan when the Chicago Bulls won the championship in 1991.

The Chicago Bulls won the championships for three consecutive years and Michael Jordan announced his retirement. His father had passed away before he retired in basketball. From 1994-1995, Michael Jordan played baseball because he believed that it was his father’s dream. However, his baseball career did not last for too long because his love for basketball pushed him back to the NBA. He only lasted a couple of months in the baseball minor league, and in March 1995, he returned to the NBA.

Jordan’s basketball career was still smooth until 1999 when he decided to retire for the second time. After retiring, he became a part-owner of the Washington Wizards, which was the team that brought him back to the NBA after his second retirement. In 2003, Michael Jordan Retired completely from basketball.

Michael Jordan’s sons may not be as well known or as successful as their dad, but they each have lived good lives in their own right. They both have started their own businesses, got to play college basketball, and have had an inside look into and behind the NBA.

While they do not play in the league, they are still involved in some capacity through their dad’s involvement with the Hornets organization. That alone makes for an interesting life, but their personal experiences are cool as well.

Each son came into their own, which is incredibly impressive given the pressure they faced growing up. It goes to show, just because your parents are successful at one thing, doesn’t mean you can’t succeed somewhere else.