Who Has The Most Threes in an NBA Game? 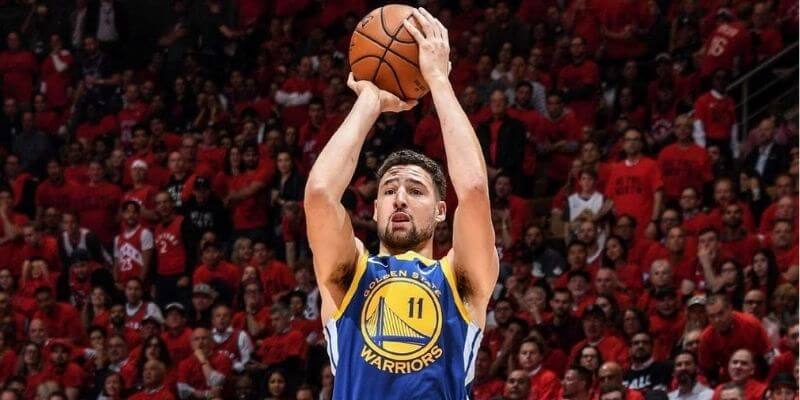 As a die-hard basketball fan, fewer things are more fun than watching Steph Curry or Kevin Durant take over a game. I’ve been lucky enough to witness shooting greatness several times, watching an NBA great catch fire and break records in the process.

Speaking of record-breaking performances, just what is the mark for most three-pointers made in a game? Well, you’ve come to the right place!

We’ll unlock the NBA history archive to bring you the details of which player and which team has the most threes in an NBA game. We’ll also sprinkle in some numbers regarding the top three-point attempts and percentages.

So sit back and enjoy the ride—and the highlights.

The Evolution Of The Three-Pointer

Before discussing three-point records, it’s essential to understand the league’s continuing relationship with the long-range shot. The three-pointer was introduced during the 1979-80 season to mixed reviews. Old-school hoops fans wondered why a player would bother attempting a three-pointer. Why not work the ball until you get closer to the basket instead? For decades, this was the general consensus.

It’s astonishing to see the progression of the game in less than twenty years. In fast break situations nowadays, players will flare out to the wings and corner to shoot a three instead of into the paint to attempt an easy fast-break layup. While basketball purists are turning in their graves at the new game, it certainly makes watching them more interesting.

The Golden State Warriors teams from 2015-2019 were some of the most entertaining to watch. You never knew what could happen on a given night! That was the case for Thompson on October 29th, 2018, when Klay went off for 52 points and 14 three-pointers in just 26 minutes! Klay didn’t even bother playing the fourth quarter, with the game in hand for the Dubs.

Thompson got hot early on, knocking down six of his fourteen threes in the first quarter. At the time, Thompson was coming off one of the worst shooting slumps of his illustrious career. You definitely didn’t notice his struggles watching this one, though. His last three came with 4:54 left in the third, and he finished the night 14-for-24 from beyond the arc.

You don’t have to reach back too far to research this feat, as it happened earlier this season. For a team to make 29 threes in one game, you might think one player took over the contest. This wasn’t the case, with twelve different Bucks players registering at least one three during their record-setting night against the Miami Heat.

In fact, every player on the roster—except their reigning two-time MVP Giannis Antetokounmpo—made a three that night. Jrue Holiday was the team leader with six of the twenty-nine threes, and Donte DiVincenzo was second with five. The game was never close, with the Bucks shooting 57% from three for the game and routing the Bulls 144-97.

It’s Klay again topping the list of most threes in a playoff game by a single player. To me, this feat is even more impressive than the 14 threes that set the regular-season record. This occurred in Game 6 of the 2016 Western Conference Finals against the Oklahoma City Thunder in an elimination game.

The Warriors fought from behind for almost the entire game, with Thompson’s three more than keeping them in the game. If you watch the highlights of this fantastic performance, you can see how insane Thompson was shooting. With supreme confidence, the other Splash Brother was hitting shots from every part of the court. Some were in rhythm, while others he had no business even shooting. But when you’re hot, you’re hot.

In the 2016 NBA Playoffs, the Cavaliers put on a shooting clinic, draining twenty-five three-pointers and routing the Atlanta Hawks 123-98. The game was never in question as the Cavs were ahead at least twenty points by the second quarter. They were so unconscious from behind the arc in this game that they had 18 threes by halftime!

Greatness, and destiny, must have been on the Cavs side for their 2016 Playoff run. The team improbably beat the Golden State Warriors, who had just finished a record-setting season, winning 73 games and beating the Bulls’ hallowed wins landmark. The Cavs, led by LeBron James, won Cleveland’s first sports title in over fifty years. It was a memorable season for the Cavs, to say the least!

Most Games With 9 Threes Or Better – Steph Curry (30 Times)

Not to be outdone by his fellow Splash Brother Klay Thompson, who holds both regular season and playoff records for most threes, Steph Curry has made at least nine three-pointers in a game thirty times in his career! To say Curry, Thompson, and the rest of those late 2020s Warriors teams were record-breakers is the understatement of the 21st Century. Check out this breakdown of all of his three-point barrages:

A record-breaking three-point shooting game is one of the most exciting experiences you can witness on an NBA court. It has everything—the drama of the game mixed with the red-hot shooting of one player, everyone in the arena knowing what’s coming, the indelible suspense. These are the types of games that friends text each other about, yelling at their buddies to “change it to the game!”

These games make lifelong fans of the league, and we are all the better for watching them. When a player or team gets hot, you can see everyone rally around the three-point arc, knowing that it’s going in if they shoot it. Being in the zone like that on the court is an innate feeling that only comes around a few times in your career. If you’re the hot hand, keep shooting. If you’re watching greatness in action, don’t change the channel.

What is the best three-point shooting performance you have seen live? Let us know in the comments below!