Most Assists in an NBA Game 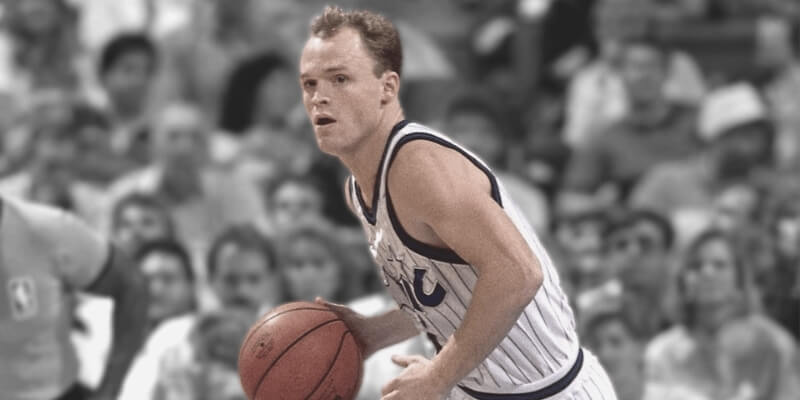 The basketball assist can be almost as important as the basket at times. Without playmakers, your team will suffer from a lack of assists, which usually means fewer points.

Some players’ game is more assist-heavy and they don’t need to score all the time to be satisfied on the court. It isn’t uncommon for the best passers in the NBA to average over 10 assists per game.

And one night in 1990, journeyman Scott Skiles dished out 30 assists, the most ever in a single game!

Definition Of An Assist

Everyone reading this probably has a general idea of what an assist is. But do you know the actual definition? Before looking into it, I didn’t. And I played basketball competitively for almost 20 years!

According to the NBA’s handbook, an assist is the “last pass leading directly to a field goal, only if the player scoring the goal responds by demonstrating immediate reaction to the basket.” That means if you simply pass the ball to a player and they stop and make their own move to score, you shouldn’t be credited with an assist.

Who Is Scott Skiles?

Younger fans probably know Skiles more as a coach than a player. Skiles, though, played 10 seasons in the NBA and averaged 11 points and 6.5 assists per game over his 600-game career.

He was drafted 22nd overall by the Milwaukee Bucks in 1986. Skiles bounced around in the NBA, with stops in Milwaukee, Indiana, Washington, Philadelphia, and Orlando. His longest tenure with team was with the Orlando Magic. The Magic are also the team he set the single-game assist record that still stands to this day.

Both the Magic and Nuggets were in the midst of terrible NBA seasons when they met on December 30th, 1990. The Nuggets’ and Magic’s records were 6-22 and 6-23 entering the game. It is safe to say their meeting wasn’t circled as must-see TV, although it turned into a historic night!

Skiles’ night started out on the right foot pretty quickly. In fact, the Magic won the tip and Skiles got the first assist of the night literally 15 seconds into the game. Not only did Skiles dish out 30 assists in the 155-116 Magic win, but he also drained 22 points and had 6 rebounds. Scott Skiles had himself a busy night!

Interested in seeing all 30 of Skiles assists? Well, you’re in luck, because YouTube has the highlights. Be prepared for an enjoyable 3:38 of classic ‘90s basketball!

Most Assists By NBA Team

Skiles’ record raises questions about other assist-related feats. Twelve years before he dished out 30 dimes, the Milwaukee Bucks set the team record for most assists in a game with 53.

Funny enough, the game Skiles set the individual record isn’t even in the top 20 of top team assisted games ever. That means Skiles did all the heavy lifting that night and the rest of the Magic – tallying only 14 extra assists than Skiles’ 30 – reaped the benefits.

The exact opposite could be said about the Bucks big assist night in 1978. Every single player that played that night had at least 2 assists. The team leader for the game, reserve Lloyd Walton, had nine assists in only 17 minutes.

One similarity between the team and individual records being set is the final score that both teams posted. The Magic scored 155 points on Skiles’ big night, and the Bucks scored 148 on theirs.

On December 13th, 1983, the Pistons and Nuggets played a high-scoring affair. Detroit edged out Denver 186-184, but the bigger story of the night is the record both teams combined to break. During the game, 93 total assists were dished out – 47 by Detroit and 46 by Denver.

It is interesting that the Pistons won the game by one basket and had one more assist than the Nuggets. If Denver had been able to find one more assist during the game, the teams may have had to settle the game in overtime.

While doing research for this article, I ran across a couple of nutty coincidences. I don’t think they had anything to do with simple chance, but the results were very interesting.

Another interesting coincidence was that all of these records were set in the month of December.

Is The Assist A Subjective Stat?

This stat is highly interpretable, which means whichever statistician is working the game uses their own judgment frequently. Sometimes, players and teams get the “home-court advantage” when stat people credit assists to them, an unspoken rule in NBA circles.

Both the individual and team assist records were broken at their home arenas. Skiles tallied 30 assists in Orlando, and if you watch the highlights I linked to earlier, you will definitely see a couple of loosely interpreted assists by the scorer’s table.

I couldn’t find footage of the Bucks team assist record-breaking night, but one can only assume a few liberties were taken behind the scorer’s table.

While many remember the points more during an NBA game, the assist is just as imperative to a successful game. Scott Skiles entered the record books with 30 assists in one game, a stat many believe will never be broken.

The Bucks hold an amazing stat for team assists during a game with 53 and a Pistons/Nuggets matchup from 1983 gave us the most combined assists ever in a game.

Other than the coincidences of the records is the commonality that all hold, and that is points scored. Skiles’ Magic team scored 155, the Bucks scored 148 points and the Pistons/Nuggets matchup ended at 186-184.

Maybe assists are pretty important when it comes to the number of points your team scores after all.

Who is your favorite passer in NBA history? Let us know in the comments section below!