Who Has Lost The Most NBA Finals? 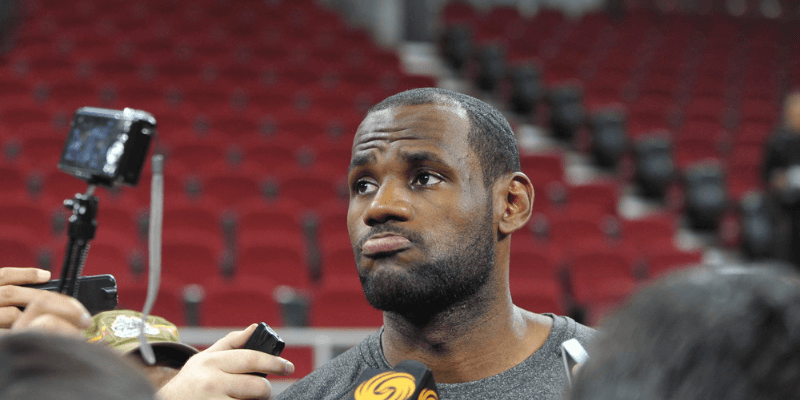 This is one list you don’t want to be on top of: who has lost the most NBA Finals?

The players who have the most NBA Finals losses should take pride in the fact that they have made so many Finals. Eventually, they hope they’ll be on the winning side.

“The Logo” is famous for a lot of things during his illustrious 14-year career. Other than an MVP trophy, there isn’t much West didn’t do on the court—including winning an NBA title his 12th year into the league. Before 1972, however, West went through a record 8 Finals losses. He even won a Finals MVP Award in 1969 in a losing effort—with a stat line of 37.9 PPG, 4.7 RPG, 7.4 APG!

West’s Lakers team, along with the rest of the NBA, ran into a once-in-a-lifetime dynasty in the Boston Celtics. The Celtics won the title 10 times during West’s 14-year career, including 8 in a row from 1959 through 1966 (West entered the league in 1960). When the Lakers dodged the C’s, Cinderella teams like Willis Reed’s Knicks ruined the party instead.

In 1972, once the Russell-led Celtics were finally done ruling the league, the Lakers finally captured the NBA title. They routed the Knicks four games to one, and “Mr. Clutch” was able to hold the trophy above his head victorious.

Baylor fought side-by-side with West and the Lakers for seven NBA Finals defeats before retiring 9 games into the 1971-72 season. What did the Lakers accomplish during that season? They won the NBA title.

Baylor was a double-double machine in LA, with a career mark of 27 points and 13.5 rebounds. Baylor probably should have won at least one ring and probably an MVP Award too. His 1961-62 season stats—38.3 PPG and 18.6 RPG—were beat out by Russell of the Celtics, who put up 19 points and 23 rebounds. Of course, Russell’s Celts won the title that year.

The King will go down as a Top 3 player ever in most basketball people’s opinions. There is one awfully consistent blemish on his record, however, and that’s losing NBA Finals. As is the case with West and Baylor’s Finals’ records, though, there’s more to the story than just the numbers.

LeBron’s first Finals appearance was achieved through sheer will and skill. Take a look at the Cavs’ starting lineup that year:

This is the team that took on Tim Duncan, Tony Parker, and Manu Ginoboli—and got swept, of course.

James’ next two losses came at the hands of the Dallas Mavs, then the Spurs again, when he played for the Heat. He then went home to Cleveland and made four straight Finals only to face the loaded Golden State Warriors with Steph Curry, Klay Thompson, and Kevin Durant for two of those four years.

The two closest active players on the list—J.R. Smith and Andre Igoudala—have only lost three Finals. This puts LeBron alone on this list by a long shot.

The list of most Finals games isn’t much different at the top, but the order in which they appear differs a little bit.

You may notice a trend with the names on this list: They’re all Los Angeles Lakers. Sure, LeBron only got there in 2018, but he has already been to and won a Finals with the purple and gold.

The Los Angeles Lakers have been a part of 26 NBA Finals since 1962, which is a record in the league. Because of their organizational success, the odds that they have lost the most Finals is high. Let’s look at that stat and see where the Lakers size up against the rest of the league.

Since moving to Los Angeles, the Lakers have a record of 12-14 in the NBA Finals. They made several during the ‘60s right in the middle of the early Celtics dynasty. They also made the Finals 8 times in the ‘80s, winning five and losing three.

The next closest team isn’t even close. The Knicks have had a tumultuous history since the ‘90s, making the Playoffs only 6 times since 2000, but their history is ripe with success. They have won two NBA Finals and lost six.

A fan can look at their organization’s record in NBA Finals appearances in a couple ways.

The optimist would say, “only two teams make the Finals each year, and we were fortunate enough to have made it.” That is very true, and it’s a shame that the sports landscape seems to value titles so heavily in terms of success. Winning a championship takes a lot of variables—many that are out of a player’s control, frankly. So, be happy you were in the mix and not disappointed if the result doesn’t fall your way all the time.

The pessimist would say, “I would rather not make the playoffs rather than make it to the Finals and lose.” That may be the case, but it’s never fun rooting for a franchise that loses more than it wins. The emotions that go into making the Finals only to lose are tough, but some teams who have never been to the top would kill for one losing trip to the NBA Finals.

At the end of each season, there are 29 losers and only one champion. Making it to the NBA Finals is an honor in itself, but winning it all is what pro athletes work so hard for their entire careers.

There are some highly decorated Hall of Famers at the top of the “Most Finals Lost” list. That should say something about the amount of talent and skill it takes to help your team get to the top. You win some and you lose some, but if you make it to the top of the mountain enough times, you’ll eventually come out on top.

Are you a Laker fan that has gone through some of these Finals losses along with the team? Let us know your story below in the comments!