Most Overtimes in an NBA Game 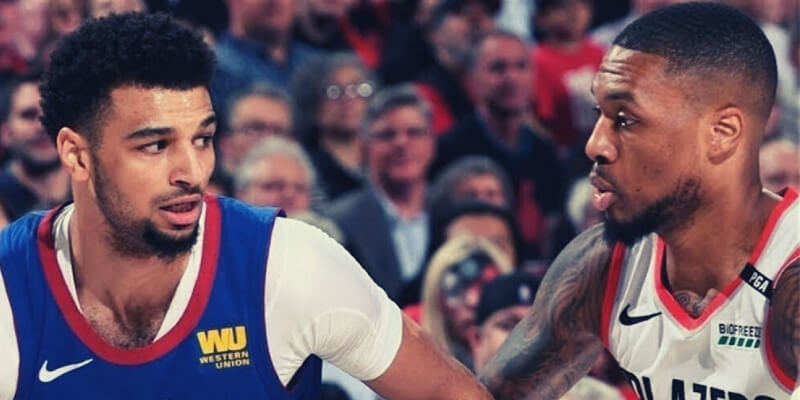 Many fans and players consider overtime to be one of the most exciting parts of any sport. That’s especially true in basketball. An intense game decided by a single layup or three is absolutely riveting. Nothing is quite like a match that comes down to the absolute wire.

I have been both a fan and player of the game for more than 25 years. My own experience on the court, as well as on the couch, has given me a deep knowledge of the way the NBA is played, as well as its long and storied history.

In this guide I will look at the NBA games that went into more overtime periods than any others in history. To do that, I will explain when the contests happened, how they happened, as well as their overall importance to that individual season.

Read on to find out more.

Everyone loves a good overtime contest. While they happen every year, it’s rare if a game goes beyond one or two. It’s even rarer to go to three. However, a few times games have breached that mark and gone to four or more.

Every matchup in the following list hit that mark. The games still stand as some of the most exciting in NBA history, and show what can happen when two evenly-matched teams go down to the wire.

In order to find the NBA game with the most overtimes, you have to go all the way back to 1951. In that year, when basketball was still getting its sea legs, the Indianapolis Olympians managed to squeak out a close 75 to 73 victory over the Rochester Royals.

Those two teams no longer exist. However, what makes this game so interesting is that, in addition to being the longest game in basketball history, the Olympians only managed to score two points in overtime. They won the contest because they didn’t let the Royals score at all.

That also makes the game have the lowest scoring overtime in history. As this game took place before many modern rules, scoring was much harder. That is why, despite the six overtime periods, the final score did not reflect the game length.

Another old game between two teams that no longer exist, the Nationals and Packers had a much higher scoring affair during a five-overtime match during basketball’s early days. On November 24th, 1959 the two teams clawed their way to a thrilling 125 to 123 finale.

Unlike the above game, this affair had a good amount of scoring in the extra periods. In fact, the fifth overtime had a final score of 18 to 16, which was quite a lot of points for a game that took place during the 1940’s.

While the record for overtimes would be broken by the Olympians and Royals just two years later, to this day no other NBA game has ever gone into five overtimes. It could be another forty years before it happens again.

Jumping forward in time, the Hawks-Knicks matchup that took place in 2017 is one of the longest games to ever reach four overtime periods. While quite a few contests have hit that mark over the years, this one gets a special mention because of how long it dragged out.

An extremely tight affair that ended 142-139, the game took a whopping three hours and 40 minutes to finish. In that time, there were many crazy plays and impressive stats, including Carmelo Anthony’s 45 points and Paul Millsap’s 19 rebounds.

That run time, along with the four periods, makes it one of the longest-running games in the modern NBA. It also shows that, despite the current star power, there are still a lot of evenly matched organizations in the league.

Another extremely long matchup that took place in recent years occurred when the Bulls faced off against the Hawks on March 1st, 2019. This game, which came in at three hours and 35 minutes, was an extremely high scoring affair compared to other long matchups.

In this contest, the Bulls edged out the Hawks by a score of 168 to 161. That’s what happens when two high flying offenses in a three-centric league meet up and play for so long.

Zach LaVine led the way for the Bulls with 47 points, while Trae Young gave the Hawks 49 points and 16 assists. Everyone contributed on both sides, but the Bulls managed to pull away at the end and close things with a strong run.

Another four-overtime contest, the game that took place between the Trailblazers and Nuggets on May 3rd, 2019 makes the list of most overtimes simply because it goes into the annals as the longest playoff game in the NBA history.

There have been two four overtime contests in the postseason, but this one takes the cake as the longest. In a thrilling Conference Semifinals match, the Blazers took a 2-1 lead in the series after winning 140 to 137.

Though neither team would move onto the NBA Finals, the thrilling victory was one of the most exciting playoff matchups of all time.

There’s nothing like a close game, especially one that goes into extra time. While one or two overtimes is thrilling enough, four, five, or six is on a completely different level.

Every matchup in this list exemplifies what makes basketball so much fun. There’s simply nothing like a tight-scoring game that comes down to the wire. The above games don’t happen often, but when they do, fans certainly notice.