Who Has the Most NCAA Basketball Championships? 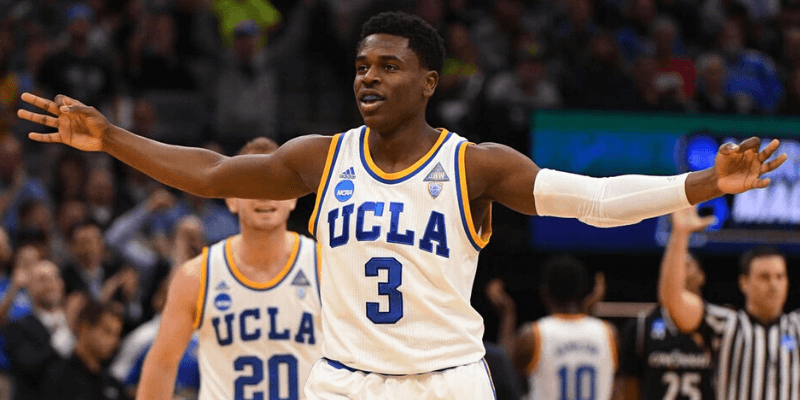 There is nothing more exciting in college basketball than the NCAA Tournament. Every year when March rolls around, fans begin to focus on the most popular tournament in college sports. March Madness fever is in the air and people who haven’t watched a single game all season are filling out brackets in offices everywhere.

The tournament starts with 68 teams. The 68 team field is made up of 32 Division I conference champions and 36 “at-large” teams which are selected by the tournament committee. After 7 rounds of play and 67 games, the final team standing is crowned the NCAA Champion.

So, what college basketball team has won the most NCAA Basketball Championships? The answer is the UCLA (University of California, Los Angeles) Bruins who have won 11 championships.

How Difficult is it to Win an NCAA Basketball Championship?

On the other hand, winning an NCAA Championship can be very difficult because there is no room for error. Lose and you go home. Have a bad game and you are out of the tournament. Whereas in the NBA playoffs you can lose multiple games and still regroup and win the series.

Winning the NCAA tournament requires that you have a great team but also requires a team that has the focus to win 6 (or 7 if you have to play in the “play-in” game) straight games. The team must win those games on neutral courts taking away any chance of home-court advantage. It also requires a little bit of luck. Things really need to go your way and your margin for error is very slim.

Needless to say, it is definitely not easy to win an NCAA Championship, so UCLA’s 11 championships really are one of the great accomplishments in sports history.

Let’s take a look at what the UCLA Bruins accomplished in winning their 11 NCAA Championships.

The UCLA Bruins have a long history of success and won their last NCAA Championship in 1995. It was the first time they had won in 20 years and it was a great achievement, but the Bruins run of championships in the mid-1960s through the mid-1970s is a feat that will probably never be seen again.

Just to get an idea of how difficult this was, since the start of the NCAA Tournament in 1939, only 6 other teams have won back to back championships. No other team has won 3 or more in a row.

Through those years of dominance (1964 – 1975), the UCLA Bruins had many star players including Lew Alcindor (later Kareem Abdul-Jabbar), Bill Walton, Jamaal Wilkes, and Marques Johnson, to name a few. Over this time period, the players changed, as they always do in college basketball. The one constant factor that all of these UCLA teams had in common was their coach, the great John Wooden.

Also known as “The Wizard of Westwood”, John Wooden is thought by many to be one of the greatest coaches of all time, not just in basketball but in all of sports. Wooden was a great college basketball player at Purdue University, where he played under Hall of Fame coach Piggy Lambert. Wooden excelled as a player being named All-American three times and was named college player of the year during his senior season in 1932.

Wooden leveraged his stellar playing career into a career as a coach. While Wooden stressed the fundamentals of basketball, it was his motivational methods that produced NCAA Championships year after year. His famous “Pyramid of Success” has been used by many coaches in just about every sport and is even used as a motivational tool in the business world.

The success of John Wooden’s basketball program at UCLA also led to a record of 4 perfect seasons. Only 3 other teams in the history of NCAA Basketball have had an undefeated season.

Will UCLA’s record of 11 NCAA Championships ever be broken?

UCLA set some incredible records in the ‘60s and ‘70s, but there are critics who make the point that during their run of 10 championships, the NCAA tournament was played with a field of only 22 to 25 teams. Therefore there were fewer rounds and they did not have to win as many games.

It is true that there were fewer games and the critics may have a valid point, but many also believed those UCLA teams were so good that they would have won those titles even if the tournament had 68 teams. No one will ever know, but it shouldn’t take away from their accomplishments.

In any case, I don’t think their record of 7 straight championships or 4 perfect seasons will ever be broken. These are records that seem unobtainable, but you never know, in sports anything can happen.

As for the record of 11 NCAA Championships, I do believe this will be broken. There are already teams creeping up on the record and it may just be a matter of time before one of the teams at the top of the list puts together a few more titles to match or take the lead. The list below shows the teams that have 3 or more championships.

Teams with 3 or more NCAA Championships

For a complete list of all NCAA Champions since 1939, check out the Division I Men’s Basketball site. You can find all kinds of fun facts and information about NCAA basketball at ncaa.com.

If you want to learn more about coach John Wooden and his Pyramid of Success, take a look at his website at coachwooden.com. You can also find a list of all-time great UCLA players here.

There is no way to tell if we will ever see anything like this again but there is little doubt that UCLA Bruins of the mid-1960s through the mid-1970s are one of the greatest dynasties in sports history.

What team do think will be the second to hit 11 NCAA Championships? Do you think UCLA can win another one and up their total to 12? We’d love to hear from you, so please leave your comments below!