The Most Points Scored In an NBA Quarter 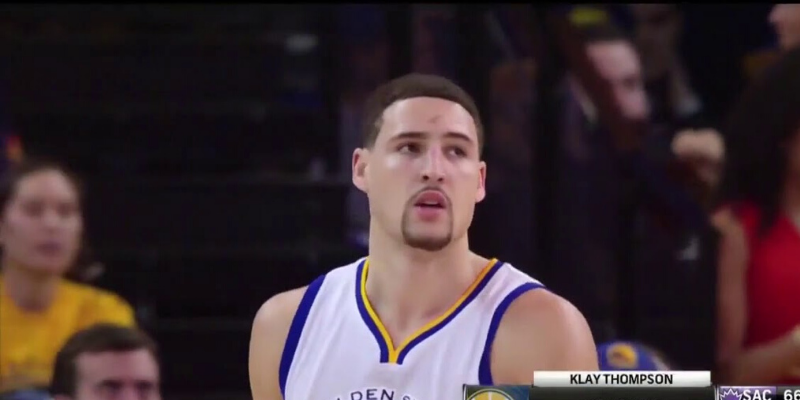 To most NBA players, scoring twenty or more points is a great game. However, to some that’s just a good quarter.

Every NBA player gets hot from time to time. They’re shooting lights out from all over the court and everything they put up just seems to go in. It’s fun to do, and it’s also incredibly fun to watch.

Though every professional player can catch fire in that matter, every so often someone goes off in a big, big way. The following athletes hit that mark with some of the most impressive single quarter performances in NBA history.

It would be hard to have any “best scoring performances of all time discussion” without mentioning Wilt Chamberlain. The man was made of records. He carried out some unimaginable feats on the hardwood, including averaging 40 points a game for an entire season and playing every minute in all 82 games.

However, his most famous moment came about when he scored a staggering 100 points in one game. Yes, you’re reading that right.

The big man put up 100 points against the Nicks in the 1962 season. During that historic night, he opened the game by dropping 23 in the first quarter, 18 in the second, and 28 in the third.

All of those marks are incredibly impressive, but they pale in comparison to the fourth. If you’re doing the math, Wilt needed 31 points to reach the big 100 point milestone, and that’s exactly what he did.

The Hall of Famer turned up the heat, dropping bucket after bucket until he made it to triple digits. However, while the total score is impressive, 31 points is only the fifth best single quarter performance of all time.

Right above Wilt on the most points ever in a quarter list is David Thompson. Though not as well known as the Stilt, Thompson had a Hall of Fame Career in his own right.

The guard made his mark on the basketball world during the final game of the 1977-78 season. Locked in a tight scoring race with other future Hall of Famer George Gervin, Thompson went berserk and dropped 32 points in the first quarter of what would end of being a 73 point night.

That not only gave him the lead in the scoring race, but it also made him the first person to break Wilt’s record set sixteen years earlier.

However, his moment was short lived. Not to be outdone, Gervin went on to beat Thompson’s newly set record later that night when he dropped 33 points in the second quarter of his game.

In just seven hours he took Thompson’s record and put it on ice. In fact, nobody would be able to challenge 33 in a quarter again until 2008, when Carmelo Anthony tied the mark while playing against the Minnesota Timberwolves.

Even after Carmelo tied Gervin’s record, nobody thought a player would be able to crack the 33 point ceiling. That many points in a quarter, while technically feasible, simply required too much to go right.

However, Klay Thompson proved all of the doubters wrong in 2015. When facing off against the Sacramento Kings, the second Splash Brother lived up to his nickname by putting up 37 points in just 12 minutes.

During the performance the sharpshooter was lights out from downtown. He went a perfect 13-for-13 during the stretch, including 9-for-9 from three. Without missing a shot, which is close to required for such a feat, he put the game away and launched himself into the record books.

There have been some incredible single quarter performances in NBA history, but none of them compare to what Klay Thompson did against the Kings in Oracle Arena.

While not as impressive as Klay, Kevin Love had a great performance in his own right while facing off against the Portland Trail Blazers in 2016. Just one year after Thompson dropped 37 on Sacramento, Love came out firing.

The stretch forward put up 34 points in the first quarter, and did so in tremendous fashion. He shot 11-of-14 from the field, and ended up going 8-of-10 from beyond the arc.

His performance was not record setting like Klay’s, but it was still enough to put it second all time. That alone, combined with the fact that it did break Gervin’s record, makes it worth mentioning.

Catching Fire at the Right Time

When you’re hot, you’re hot. NBA players love going with the best shooter on the court, and the above examples are all players who caught fire and kept on blazing.

Dropping a lot of points in a quarter has been done more than a few times throughout the NBA’s history. However, thirty or more is on a completely different level. It’s not about one good night. It’s about being truly unguardable.