Which Player Has The Most Steals in an NBA Game? 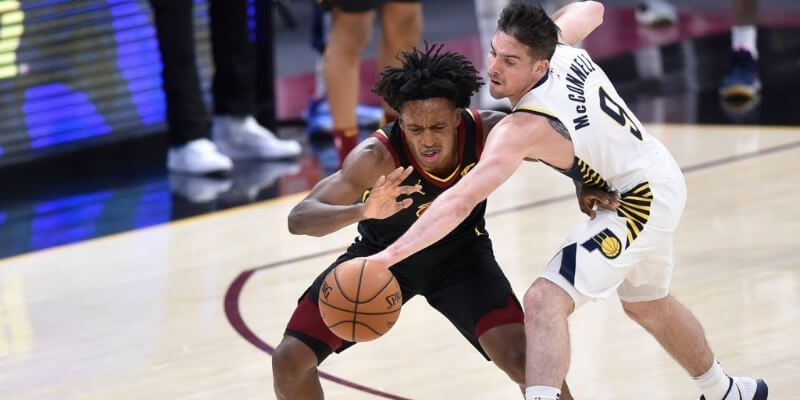 As the NBA becomes more and more focused on offense, defensive stats get left by the wayside. However, that doesn’t make them any less impressive. Rebounds and blocks are both extremely useful and hard to do. The exact same thing can be said for steals.

As an avid basketball player and fan for almost three decades, I have a deep understanding of both the NBA and its various moving parts. That context enabled me to properly cover the events analyzed in the following list.

In this article, I will take a look at the best individual steal efforts the league has ever seen by going over when they happened, who did them, and why they were so special to the league’s history.

Keep reading to find out more.

The Best of Thieves

Here is a list of top players with the most steals in an NBA game.

When it comes to steals in a single game, 11 is the benchmark. While quite a few players have gotten close to that number over the years, only Kendall Gill and Larry Kenon managed to hit it. That puts them on top of the mountain of some of the best defensive performances ever.

Kenon, a former ABA player, made his mark during his NBA stint in the mid 70’s. When facing off against the Kansas City Kings, he locked down everyone he guarded and was a force on the court. Not only did he set the steal record, he also put up 29 points and 15 rebounds.

That 11 single game record wouldn’t be touched until 1999, when Gill put on his own show against the Miami Heat. Though he has to share the stage for his effort, being one of only two players to ever break 10 was more than enough to immortalize him forever.

To further show how impressive Gill and Kenon’s marks are, there have been 39 total players to achieve 9 or 10 steals in a single game throughout NBA history. That’s so many, it’s not worth noting them all here.

Even so, such efforts are still incredibly impressive. Steals are one of the most difficult stats to get in the NBA, especially at the highest level. Anytime a player gets close to the all-time record is worth noting. They’re also getting more and more difficult as offenses get smarter over time.

Of the 39 players to almost reach 11, only four got there within the last decade. That number drops even more when you look at players with eight or even seven in a single contest.

Though I won’t cover every 10 steal performance, T.J McConnell’s defensive effort that happened just this year is worth a special mention. When facing the Cavaliers, the Pacers’ guard seemed to either deflect or take everything that came his way.

Not only did that make him one of the few players to get 10 steals in a game over the past decade, it also made him the only player ever to get nine in a single half. While he ultimately fell short of the 11 goal, the performance was enough to put him in the record books.

In that game, he also became the first player since Mookie Blaylock in 1998 to get a triple double with steals being one of the primary statistics. Just an incredible effort for a guard with a bright future ahead of him.

Another 10 steal performance worth mentioning is Allen Iverson’s defensive clinic he put on against the Magic in 1999. Needing a crucial win in game three, A.I. went on a tear and managed to single handedly prevent the Magic from gaining any momentum.

Where Gill and Kenon have been chased by many, many players throughout history, very few have gotten close to Iverson’s postseason mark. In fact, no player has ever gotten nine steals in a single playoff game, and only four people have even reached eight.

That gap makes Allen Iverson’s game in 1999 something truly unique.

As the stakes get higher and competition gets more fierce, it gets harder and harder to reach great statistical heights. Nowhere was that more obvious than Robert Horry’s seven steal performance on June 9th, 1995.

Seven steals is not a lot compared to any regular season or playoff game efforts, but it is the most ever in a Finals game. Going from two 11 steal performances in the regular season to a single 10 one in the postseason, to seven in the Finals shows how bright the lights can get.

When facing off against the Orlando Magic in a critical game two, Horry helped the Rockets take full control of the series with his incredible defensive and offensive performance. They would then go on to win the whole thing, putting ever more importance on his defensive performance.

Most people may not look for steals when searching through the box score, but that doesn’t make them any less impactful. Getting a few in a game is hard enough. What the above players managed to do, especially in the postseason or Finals, is absolutely incredible.

You never know when a game will be something special. You also never know when someone is about to have the performance of a lifetime. That is what makes the game of basketball so exciting, and why all of the efforts in this guide are worth talking about.