Who Has The Most Technical Fouls In The NBA? 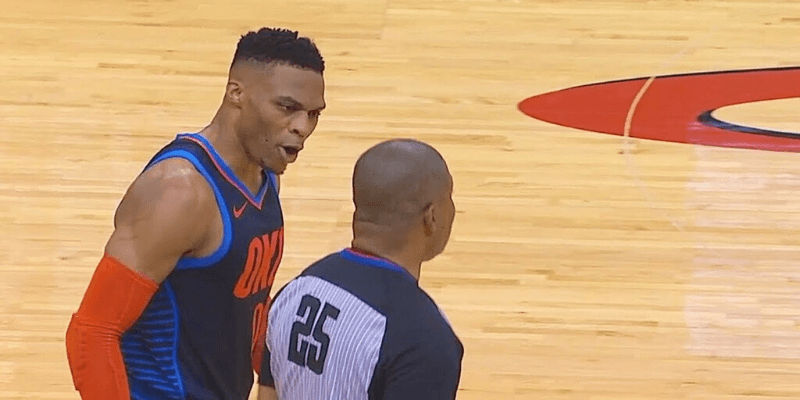 The dreaded “technical foul” or “T” as it is sometimes referred to, is something that most players try and avoid. There are others, however, who relish the spotlight of these sometimes confrontational calls. In some cases, players and coaches feel that a technical foul in the perfect situation actually helps build positive momentum and can be utilized as a spark for your team.

It is often the outspoken and animated players who draw the attention of the referees when they can’t let go of a bad call or they just feel like causing havoc during games. These players tend to build a reputation among referees who are often on the lookout for any type of misbehavior from these bad boys.

Players who tend to draw lots of techs can be both an asset and a liability to their team. Getting “T’d up” can often send a message to their teammates that he has their backs in any situation, but it can also hurt the team significantly if the foul comes at an inopportune time.

There are some players who have been known for receiving more techs than the typical player. Let’s first shed some light on what a technical foul is and how players normally get them. Then we will take a look and see who some of the biggest offenders are.

What is a Technical Foul?

A technical foul, which is often called a “Tech” or a “T”, is a penalty that can be given to a player, a team, or any coach or personnel related to the team. In fact, a technical foul can even be given to the crowd. This foul is called for infractions such as unsportsmanlike conduct, fighting, illegal defense, and other violations that require a more serious penalty thana simple turnover or personal foul.

The penalty for a “T” is that the other team gets to shoot free throws and retains possession of the ball after the free throws. Any player or coach who gets a second tech in the same game is ejected from that game. In the NBA, technical fouls are usually accompanied by fines which are levied by the league after the game and a player who reaches 16 techs in the regular season or 7 in the playoffs faces suspension.

The most common reason that offenders receive technical fouls is for arguing with the referees, which is considered unsportsmanlike conduct. In the heat of a game, players sometimes don’t always like or want to accept the calls that the refs make (imagine that!) and they let them know in a sometimes derogatory way. These players are often the hot-headed enforcers on their teams and get into scuffles with players on the other teams, which also results in getting T’d up.

There are many other offenses that can result in technical fouls. A useful companion piece to these infractions can be found online at the official NBA rules site.

Can a Technical Foul be Good?

In most cases getting T’d up is a negative consequence for both you and your team. It gives the other team the chance to take free throws and also gives them possession of the ball which can allow them to rack up some very quick points. If the team getting the tech has a nice lead, this can be a big momentum swing for their opponents that is down which could be the beginning of a comeback.

There are cases, however, when a technical foul can be a good thing. If another team is overpowering your team with their physicality and the refs are “letting them play”, some pushback from one of your leaders can show the other team and the referees that you won’t put up with that type of play. A simple rough play from you sends a message to everyone involved, including your own teammates, that you are behind them no matter what.

If your team is consistently getting bad calls, it can sometimes be worth it to get a T. While you pay a steep price, the refs will often take note and possibly make some adjustments to their calls. While players may do this by arguing with the refs, it is often the coach who may harass them until they have had enough abuse from the coach and hit them with a tech.

Players With the Most Techs 2020

Even though the league now has a rule in which players with 16 T’s must face a suspension, it doesn’t seem to be an effective method of curbing technical fouls in the game. Here are the top five instigators this season as of March 2020. Some of them are real close to that 16 technical foul limit.

Most Technical Fouls in a Single Season

Rasheed Wallace was infamous for techs, fighting and arguing with the referees. Before the NBA had the rule which requires a player to be suspended after 16 T’s, Wallace racked up 41 in one season. I can’t imagine the amount of money he had to pay in fines.

The players on this list probably won’t surprise you. They are all retired now, but all had big reputations as guys who weren’t afraid to harass an official or get into an opponent’s psyche by pushing them or making them angry. To the players on this list, the technical foul is a tool they had just like any offensive move on the court. I watched all of these guys play and I can still see them now, drawing that nasty technical from an angry ref.

I mentioned above that the players are not the only ones who can draw a T. Coaches are just as guilty as the players and it’s not uncommon to see at least one coach get a technical during a game. It is all part of their job if you think about it. They have to work on referees during a game to advocate for their team and ensure the refs aren’t making bad calls in favor of your team.

The more confrontational situations a referee and coach put themselves in, the odds of one, or both parties losing their cool increases exponentially. It is an inevitable aspect of the game, and a potential positive for their team, but never a good look in representing the fans and the organization in the heat of the moment.

There is not a lot of data out there about which coaches have gotten the most technical fouls, but we could probably come up with some good guesses in the comments section below.

The one stat that I could find on coaches is the quickest to be ejected from a game. This belongs to Greg Popovich who once received two technical fouls and was ejected 63 seconds into the game. I’m not sure what he said to the refs, but it must have been a good one.

Technical fouls are commonplace throughout professional basketball. While they can hurt a team if they come at the wrong time, they do make the game more interesting. Watching the controversy and confrontation makes for great entertainment.

Which coach do you think has the most Ts all-time? We’d love to hear from you, so please leave your comments.