What Basketball Cards Are Most Valuable? 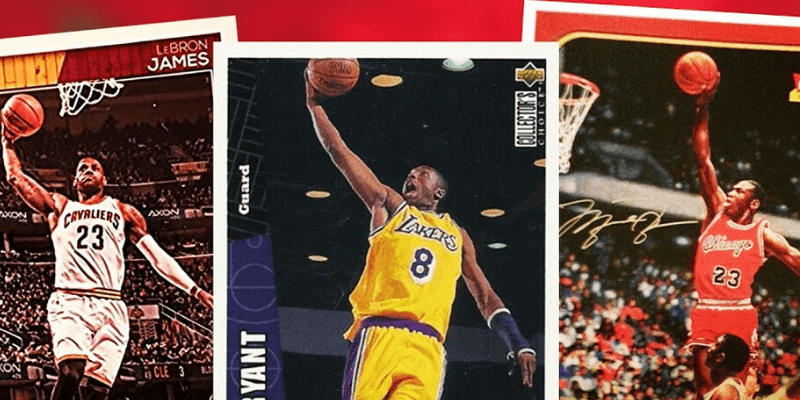 Many of us still remember the days of going to the local grocery or drug store and picking up the small pack of trading cards with the stale old piece of bubble gum in them. It would always be a surprise to see which players you got in your pack.

As a kid, you probably weren’t thinking of the long term value of some of these, but if you were lucky enough to collect certain ones you may have unknowingly made a great investment. If you didn’t collect them as a kid, you may have found them as a hidden treasure in an old attic or yard sale.

If you do ever run across an old box of cards, you should definitely think twice about setting them aside or throwing them away because you never know what you may find. Find the right one and you could be looking at a six-figure payout. While it is pretty uncommon to find one these top money scoring items, it’s not unheard of.

So, which ones should you look for? They can vary in price due to many different factors. Let’s take a look at what factors make them valuable and then look at some of the most valuable ones to keep an eye out for.

What Makes a Card Valuable

As with any type of collector’s items, especially sports memorabilia, there are specific factors that will determine how much an item is worth. Basketball cards can have a very wide range in prices and they fluctuate constantly. Let’s take a look at some of these factors.

This is probably the main factor in determining the price of any collector’s item. It’s basic economics. If the item you have is in high demand and there are very few of them, then buyers are willing to shell out more cash for it. If there are several thousand of a particular item, it may be easy to get and therefore the price will be very low.

This is why older items often bring a high price because they are harder to find. You will also find that versions which have a very small or limited printing (not very many of them were created) will also bring a higher price. Misprints, miscuts, and cards with errors on them are also very valuable because there usually are not too many of them around.

It’s pretty simple. If you have one that everyone wants, collectors will be willing to pay you more money for it. If it is sold at an auction, you may have collectors bidding for it and the price can rise quickly.

The physical condition of a card can also play a huge role in its worth. A pristine card that is said to be in mint condition will usually be far more valuable than one that is bent, wrinkled, or torn. If they are beaten up, some can still bring a high price depending on their demand. In any case, it is advised to keep them in the best condition you can as this will preserve the price.

The price is often determined by its Professional Sports Authenticator (PSA) rating. This is a rating system developed and used to provide a standard for those dealing in sports memorabilia. The ratings go from 1 to 10 with 1 being “Poor” and 10 being “Gem Mint” which is the best rating you can get. For more details on the grading system take a look at this information from PSA.

Of course, who is on the card can really matter. Michael Jordan is known as the king of basketball memorabilia. His items consistently go for top dollar and there is always a market for them. Top players often bring top dollar for their cards as long as there are not too many of them in circulation. On the other hand, star power does not always matter. A 1969 Topps #99 Checklist, which simply lists the names of NBA players, can be worth as much as $7500. 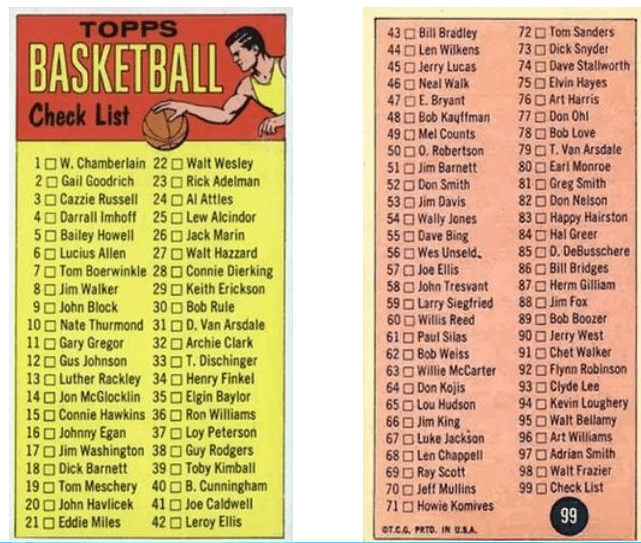 If you have one of a rookie who becomes a star in the league, this will increase the value. In fact, players’ rookie cards are some of the most valuable cards out there. Sure, we knew some players like Kareem Abdul-Jabbar and Michael Jordan were going to be stars and their rookie editions are some of the highest-priced out there.

These collector’s items can really rise in price if they have something extra like an authentic autograph or a patch from the player’s uniform. This 2003 Lebron James package with autograph and NBA patch, reportedly sold for $312,000.

Some of the Most Valuable

Since the prices fluctuate and it is often hard to say what card is the most valuable at any specific time. Because of this, we are going to list some of the ones that have sold for the most money over the past few years. We are not going to look at cards that have extras such as autographs or uniform patches because these are hard to compare due to their uniqueness.

When looking at these, make sure to take into account the condition. Most of them are rated at a 9 or 10. If you have the same one with only a 1 or 2 rating, the value of it will be significantly lower. So, let’s take a look. If you have any of these cards in good condition you just might be looking at a nice payday.

This is one of the most popular and in-demand cards out there for the hardcore collectors. There are only a few around that have been rated at a PSA 10 (Gem Mint) and they have been said to have sold at auctions in the price range of $240,00 to just over $500,000. Even the ones rated at 9 or 8 can bring in a hefty price, so if you see one of these get some protection for it so you can keep it in the best shape possible. 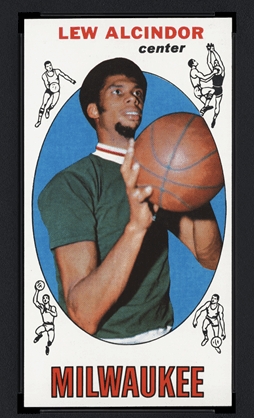 This is another highly popular but rare one that can be a dream come true if you have it in good condition. There is the only one known to be rated at a PSA 10 and it was said to have sold at auction for $403,664. 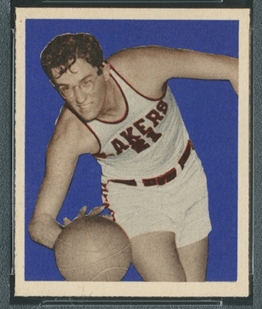 With only a rating of “Authentic”, which means that it could not be given a numerical rating, it still comes in as one of the highest ever sold at auction at $350,100. As I mentioned above, Michael Jordan cards consistently bring in high values and have the biggest demand. If you find an MJ make sure to protect and preserve it because it’s sure to be worth something. 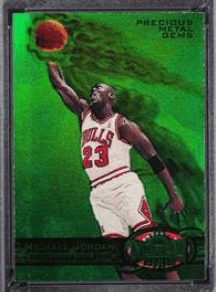 This rookie edition of “Pistol” Pete Maravich is a nice one and brought in around $130,000. 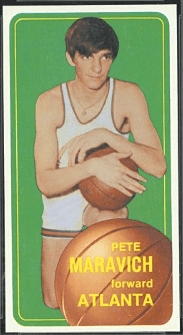 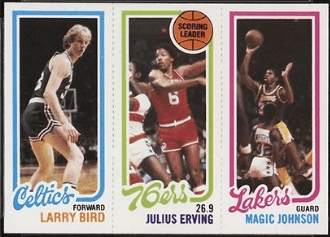 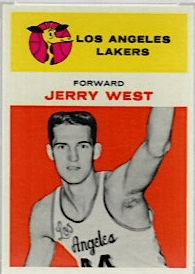 The rest of these could give a nice 5 figure payout which still isn’t bad. 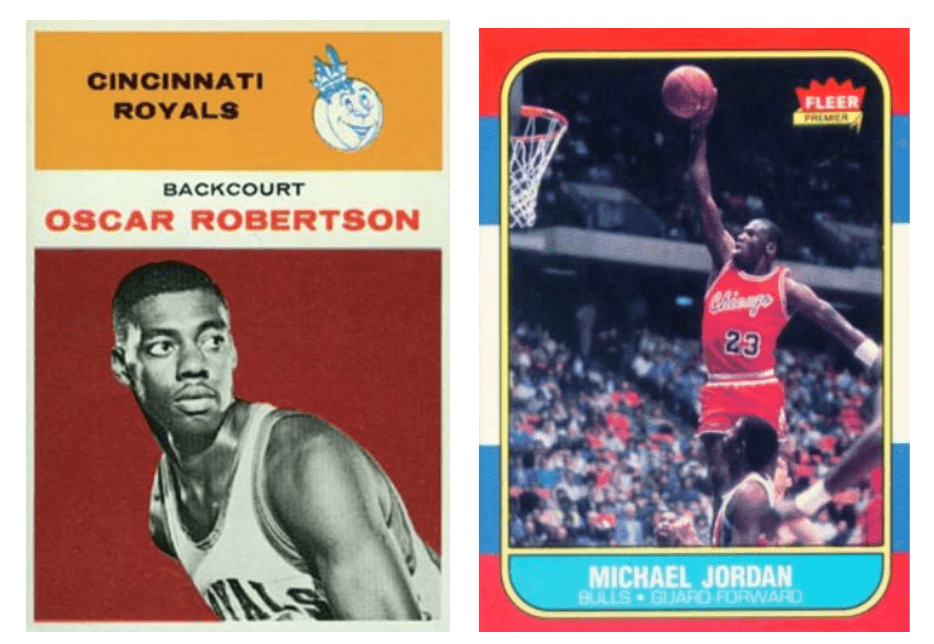 The list above contains some of the highest-priced basketball cards ever sold and some others that have also brought in a pretty good return on their original investment. There are many others out there and this list could go on and on. So if you come across some basketball cards, don’t just discard them. Try to find out what they are worth and make sure to preserve them as best you can. You could just have the one that gives you that nice unexpected payday.

What is the most valuable sports memorabilia you have ever come across? We’d love to hear from you, so please leave your comments.