How Much Is A 10-Day Contract In The NBA 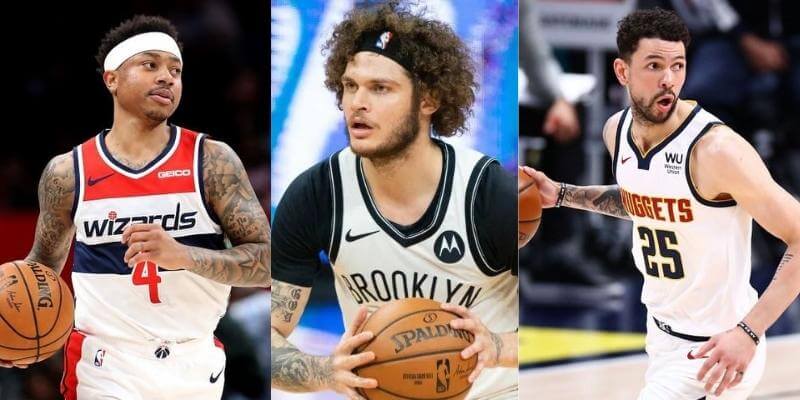 At some point, all basketball fans have dreamt of playing in the NBA. Statistically, however, the odds definitely aren’t in your favor. If you play high school basketball, you have a 0.03% chance of being an NBA player!

For many players on the cusp of the NBA, the dream of a max contract – making you the highest-paid player on one of the 30 NBA teams – is out of the question.

What may be possible, however, is a 10-day contract, which gets you a cup of coffee in the most competitive league in the world.

What is a 10-day contract? Simply put, it is a contract which either equals playing for a team for 10 days or a maximum of three games at a time.

Stay tuned for more details on the 10-day contract, how much you can make, and just how hard it is to transition from a 10-day player to a full roster talent.

As I stated earlier, a ten-day contract equals either 10 days in the league or three games, depending on whichever is longer. And, with only a few weeks left before January, 10-days contracts are on everyone’s minds. You see, 10-days can begin after January 5th, and for those with injury-plagued rosters, not a day too soon.

10-day contracts are fairly common and there are several reasons that teams take a chance on a guy for such a short period of time (and why 10-days help teams during the structuring of their salary cap, roster, etc.).

How Much Are 10-Day Contracts Worth

The short answer is, it depends on how long you have been in the league. Let’s take a look at the salary amounts based on your NBA seniority:

The NBA season is long, and a lot can happen during an 82-game season that spans from October through (hopefully) June. Let’s discuss the most common reasons to take a look at a player for only 10 days.

A 10-day contract doesn’t really affect an organization’s salary cap because of how small the contract is in terms of pay (more on that later). Also, a 10-day contract player does not have to go through the waiver process once they leave, making it easier for a team to pull off.

There are some rules about teams and their 10-day contracts. A team isn’t allowed to sign a player to more than two 10-day contracts per season. Teams are also limited to how many of these types of contracts they can sign per season, depending on how many active players they have on their roster.

Let’s say a team likes a player but isn’t sure how they will transition to the NBA. Or maybe the player is an NBA talent, but a team wants to see how they fit within the organization and its culture. Enter the 10-day contract to take a closer look at a certain player without much downside. If it works out, the player possibly gets signed. If it doesn’t work out, the player is gone in 10 days without much penalty for the team.

Injuries or, in the case of the COVID-riddled 2021-22 season, health and safety protocols have really done a number on many NBA rosters and game schedules. If you are unlucky enough to have to play some games short-handed, then a 10-day contract could help fill some seats on the bench while your regulars get healthy.

The big man played college ball at Tennessee State and was drafted by the Trailblazers. He was cut shortly thereafter. After a couple of years bouncing around the CBA and USBL, Mason signed a 10-day contract with the Denver Nuggets in 1990. He played in three games and averaged 3 points for Denver. But, that got him enough momentum to be signed by the Knicks in 1991, which spiked a highly successful 13-year career.

He was an integral part of the rough and tough early-to-mid-90s Knicks teams. He helped Patrick Ewing, John Starks, and Charles Oakley battle Michael Jordan’s Bulls, and come one game away from the NBA title in 1994. Mason even made an All-Star team and a highly coveted All-NBA team during his career.

The little lefty point guard had been in the league for four years before signing his first 10-day contract with the Rockets. After being waived by the Spurs during the 1992 season, Johnson was signed by Houston and earned a full roster contract to end the ‘92 season.

After that, there was never any doubt that Avery Johnson was an NBA player. He played key minutes for San Antonio during the franchise’s first title in 1999 and has had a great coaching and TV career after retiring from the league in 2004.

No, not the Pistons’ Hall of Fame guard, but the other Isaiah Thomas. The 5’9” guard with the streaky shooting touch has had quite the NBA career, seeing the top of the mountain before falling from grace quickly in the league.

After a promising early career with Sacramento, Thomas bounced from Phoenix to the Celtics in 2014 where he thought he had found his home. In Boston, Thomas made two Al-Star teams and got an All-NBA nod in just three seasons. He also led the C’s to a Cinderella trip to the Eastern Conference Finals. After that, Thomas caught the injury bug, got traded from Boston to Cleveland in the Kyrie Irving deal, and has played for 6 teams in the past four seasons.

While most 10-day contract players enter and leave the league without much of a splash, there are guys that made the most of theirs. The 10-day contract is used for a lot of reasons in the league, and it benefits everyone involved. For the teams, the 10-day contract may be a chance to give a closer look to a player, or fill out their roster during injury-plagued times.

For the player, it is their chance to show the league why they belong. Just ask guys like Anthony Mason, Avery Johnson, and Isaiah Thomas and they will tell you they wouldn’t be where they are today in NBA history without the 10-day flier those teams gave them.

Has your favorite team found success in any 10-day contract guys? Let us know about it in the comments below!