How Much Do Assistant Coaches Make In The NBA 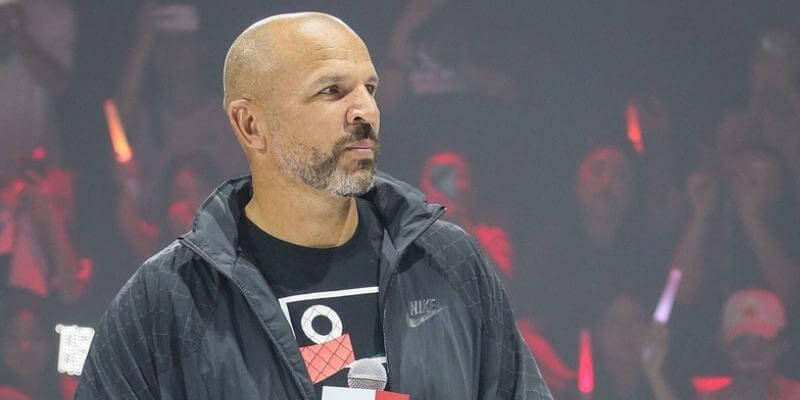 When an NBA team is successful, praise is usually heaped on the team’s star – or stars – and the head coach. Michael Jordan’s ‘90s Bulls teams were led by Phil Jackson, of course.

Everyone knows Steve Kerr lead the Golden State Warriors to three titles in four years between 2015 and 2018. I can rattle off dozens more successful head coaches from memory. The names I couldn’t rattle off are the assistant coaches of those teams.

How much do assistant coaches make in the NBA?

The answer to the average assistant coach salary is highly varied. A recent survey shed some light on the amount, which is an average of $40,000.

What Does An Assistant Coach Actually Do?

This question isn’t asked as an insult, because we know how invested they are in their job and the team for which they coach. There are just so many of them on the bench nowadays that casual fans may be confused as to why so many people are carrying clipboards during games.

Truthfully, a lot of the work assistants do happens before tipoff. Prior to the game, many coaches are tasked with looking at film on specific aspects. Sometimes you are looking at your team and how to improve things like defensive shifts or offensive sets. Sometimes assistants are preparing a game plan for opposing teams they are about to play.

Player development coaches look to improve individual player skills. They will take a big man and work on post moves or pick and roll, or work with guards on shooting in different situations. Sometimes it just involves rebounding and passing for a player looking to get more shots up after practice.

During the game, coach’s responsibilities vary. Those closer to the head coach (in terms of importance) dole out advice to the head guy. Maybe the head coach knows it or maybe they missed something, but the top assistants are their eyes and ears one layer removed from the game. Other assistants track stats during the game. How many uncontested shots is the other team getting up? How are our defensive matchups faring?

The job of an assistant is never done. And, while the head coach’s head is always the one on the chopping block, assistant coaches are the legs on the duck moving vigorously underneath the water while the team moves smoothly (hopefully) across the water.

The 2021-22 Los Angeles Lakers have 9 assistant coaches behind head coach Frank Vogel. Their titles range from Assistant Coach, to Video Coordinator, to Player Development. The game of basketball is so specialized these days, and film analysis is so specific, that these nine Lakers assistants all have really important jobs.

The top assistant coach generally makes the most out of the assistants. In the Lakers’ case, their top assistant is David Fizdale, a former head coach of the Memphis Grizzlies and New York Knicks. His chances of getting another head coaching gig are pretty good, and I doubt he sees himself as an assistant for too long.

Many assistants are former players while others are just gym rats (a term of endearment in basketball circles, I promise). They simply love the game of basketball and this is more of a calling to them than it is a job. It better be, because the life of a coach includes long hours and being away from friends and family a lot.

While the average salary of an assistant is only $40,000, that doesn’t mean that some high profile people haven’t made bank sitting next to the head coach instead of being one. A couple of recent ones come to mind immediately:

Lue was a decent backup point guard for most of his career. He was fortunate to win two NBA titles with the Lakers during the Kobe/Shaq era before retiring after 11 seasons. He retired in 2009 and immediately joined the Celtics’ staff as Director Of Basketball Development. In 2013, he joined the Clippers’ staff and by 2014, he was named Associate Head Coach of the Cleveland Cavs. The contract was for four years for $6.5M.

That title meant that he wasn’t quite the head coach – David Blatt held that title for the time being. This role, however, gave him a hefty salary. At this point, the Cavs were one of the best teams in the league and just resigned LeBron James. Big things were to come for the Cavs, and many believed that James had pegged Lue as their next coach. Hence the big contract.

The tea leaves were correct, and in 2016, Lue was named head coach of the Cavaliers. Later that season, he led Cleveland to the NBA Title, which made his big money assistant coach contract look like a genius move by the team.

Lue is still on the sidelines and currently leads the LA Clippers.

Jason Kidd is a Hall of Fame player who spent most of his career as one of the best point guards in the league. He played in multiple NBA Finals and finally won a title with the Dallas Mavericks in 2011, just two seasons before he retired. When he did hang it up, he sat at second all-time in assists and steals. He also finished third all-time in three-pointers made.

After his playing career Kidd, known as one of the smartest players in the game, became the head coach of the Brooklyn Nets. He is only the third player to become a head coach right after retiring without any assistant coaching experience.

The following season he was traded (a very unusual occurrence) to the Milwaukee Bucks to coach them. He stayed there four seasons and had a lot of success behind the stellar play of superstar Giannis Antetokounmpo.

The 2019 season saw Kidd get an assistant coaching position with the Los Angeles Lakers, where he made a big payday. The details of the contract were never made public, but many believe his contract was similar to the Tyronn Lue contract. Kidd is now in his first year as coach of the Dallas Mavericks, making the big bucks.

The role of an assistant coach varies depending on your spot in the pecking order and the organization for which you work. While you can make a decent living as an assistant, the average $40,000 salary isn’t something to write home about. Most assistants, however, are always working towards the next job in hopes of being the head coach of their very own team.

Coaches! Do you like being an assistant or would you rather be in charge? Let us know below in the comments!