How do NBA Buyouts Work? 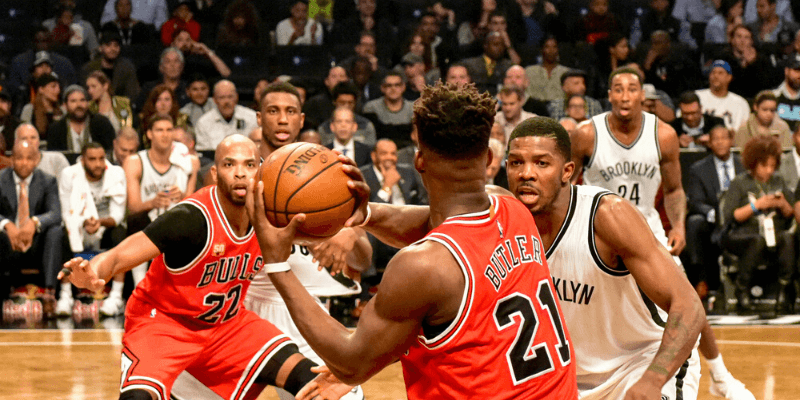 The NBA trade deadline oftentimes can be one of the most exciting parts of the NBA season and it doesn’t even involve on-court action. There are blockbuster trades that can turn a team’s season around and trades that catapult a team from contender to championship favorite. We see it every year and once the deadline passes the casual fan usually stops paying attention to team and personnel moves.

But moves can still happen in the NBA even after the trade deadline has come and gone, and these moves usually involve what is called a buyout. Teams are able to add or drop players from their team through the buyout process in order to add a bit more depth to their roster. Buyout players aren’t stars that will change the entire dynamic of your team, but they can play a key role in the rest of your season straight through to the NBA Finals in some players’ cases.

But what exactly is a buyout? Who are some notable buyout players from the past? And, probably most important, why does this all matter to my favorite team? I am glad you asked! This article will clear up the hazy world of NBA buyouts and educate you on the process.

What is a Buyout?

Before we can dive into the pros and cons of buyouts, we need to understand what they are and, more importantly, what they aren’t.

A buyout involves a player and team that want to part ways, leading to the player surrendering a specific sum of their contract in the process. The sum of money is usually not for the full amount that their contract is worth, and is usually agreed upon between team and player in order for them to seek other teams. If a team buys a player’s contract out, they are not allowed to pick them up for one year.

The buyout is usually a mutual parting of ways, but not always. Sometimes players request a buyout and it isn’t granted by the team. Teams may want to use that player as a part of a trade package to get better talent, however, this would not be the case if the player is bought out after the trade deadline.

Why Do a Buyout?

There are several situations that buyouts usually occur. The main objective for both parties in a buyout is for the team to cut that player’s salary from their cap and for the player to seek other teams, potentially a playoff contender or just an overall better fit for their situation.

A perfect example of a buyout scenario in the 2019-20 season is a player like Markeiff Morris, a former Detroit Piston and now on the Los Angeles Lakers. Morris is in his ninth year in the league and has bounced around significantly during his tenure, playing for five teams in that time. He is not a star but is a very serviceable player and can contribute on the right team and help them win. That right team is the Lakers.

Morris’ former team, the Pistons, however, are not in the position to win this year. After losing Blake Griffin to an injury and trading Andre Drummond, they are in the midst of a full rebuild with Morris not in their plans. Hence, the buyout. It helps all parties involved and is the smart move for each as well.

Another example of a buyout from this season is Dion Waiters. Waiters was playing pretty good basketball for the Miami Heat but injuries and an incident on a team plane forced the Lakers to suspend him and ultimately let him go. Waiters was picked up by the Memphis Grizzlies only to be bought out in February of 2020 and still hasn’t found a new team.

While Markeiff Morris is only one example, he is a great one in terms of the types of players that usually get bought out. Let’s put it this way, the Houston Rockets aren’t going to buy out James Harden because he is not the type of player that gets bought out. He is a superstar, for one thing, and he contributes immensely to the success of the Rockets’ organization.

So do buyout players have a type? They do actually! Well, a few types:

Usually, the answer is no, but sometimes they work out very well. The initial review of the buyout, by fans and the media, tends to be the biggest splash that the player makes in the whole ordeal. They don’t normally live up to the expectations of being “the guy” that will turn this team’s season around.

The Most Successful Buyout in Recent History

In 2008, the Celtics acquired P.J. Brown in a buyout and went on to win the NBA Championship. Brown was a huge factor down the stretch and in the playoffs for the Celtics and made a huge impression as a buyout role player that did exactly what they wanted him to do when they picked him up. While his stats don’t jump off the page, they didn’t need Brown to play that type of role. He played great and came up big in the Eastern Conference Finals.

Unfortunately, in most situations, PJ Brown is the exception to the rule when it comes to buyout guys. Celtics GM, Danny Ainge was asked about buyout guys and he shed some light on the over-hyping of them in the moments they are acquired versus their actual contribution to the team:

“So we went and did these buyouts every year to try to help our team, and rarely did those work. Rarely. It sounds good on paper. Everybody said, ‘Oh my gosh, they just added so-and-so to the team,’ when, in fact, those players may take away minutes from a younger player that is better, change the chemistry and the roles of the players inside your organization.” – Danny Ainge

The buyout market, while enticing to those teams on the fringe of greatness looking for that last piece to put them over the hump, usually comes up short in its overall success. That doesn’t mean teams can’t catch lightning in a bottle as the Celtics did with PJ Brown back in 2008, but the chances are highly unlikely.

Many times, you are dealing with a player who feels their role on their previous team isn’t what it should be and the hardest part about creating and managing a professional sports team is to get every player on the team to understand and embrace their role. PJ Brown did it, and it paid off big time. But as history has shown us time and again in the buyout market, PJ Brown is a rarity.