How Much is an NBA Championship Ring Worth? 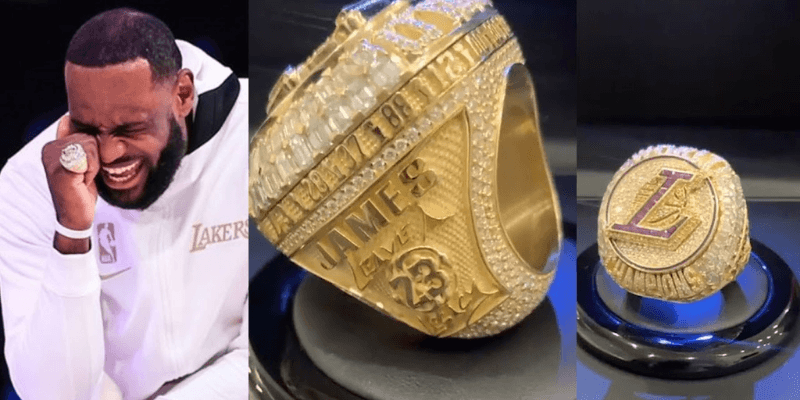 If you ask Michael Jordan how much an NBA championship ring is worth, he will give you a simple answer: “Priceless.”

But don’t be mistaken, there’s real cash involved in getting one. Oh yeah—lots of it at that!

Since the championship ring is part of the awards given to NBA players, by the league, after winning the championship, players keep it dear to them as a valuable possession.

So, when a player puts a championship ring on auction, by any chance, it goes for hundreds of thousands to millions of dollars.

The value of the basketball player, retired or current, auctioning it largely depends on the price value of the championship ring.

Factors That Determine the Value of a Championship Ring

Here’s a truth you should know: we can’t tell you the exact price of an NBA championship. One thing we can do, however, is to show you how to find the price value of a championship ring—based on the factors surrounding it.

There are a lot of factors to put into consideration when you want to find the price value of an NBA championship ring. They are as follows:

1. Which Basketball Team Won the Championship?

Buying or inheriting any NBA championship ring from a legendary team, like the 1996 Chicago Bulls, the 1986 Boston Celtics, the 2001 Lakers, or the 1987 Lakers, might mean that you’ve got a mini bank in your closet.

Championship rings won by classic NBA teams like the ones mentioned above are usually expensive. It’s even better if the team in question had an excellent performance the year they won the championship.

2. Which Player Wore the Championship Ring?

Of course! You can’t compare a ring won by a legend NBA player like Michael Jordan to an average NBA player.

For instance, Herald Sun reported that an NBA championship ring belonging to a member of the 93’ Chicago Bulls was up for sale on eBay—priced at $29,923.

From 1991 to that year—1993, where Jordan signaled his first retirement from playing basketball, the Bulls lifted the championship trophy for the third time in a role.

A Chicago Bulls championship ring from that year would be pricey, but one from a player like Jordan will cost more than just $29,923.

3. The Story Behind the Ring

The history behind a championship ring can primarily affect its value. For instance, if the championship ring, in question, connects to a memorable NBA final that left footprints in the sands of time, it would go for a higher price.

An excellent example of such a game was the 1994-95 NBA Championship finals, where Hakeem Olajuwon’s Houston Rockets reigned over the Orlando Magic team who were stronger favorites at that time.

The Rockets grabbed a two-point win in game one and won the next three games by 8.6 points. Hakeem had a great game that day, averaging 32.8 points, 5.5 assists, and 11.5 rebounds.

Even though it’s challenging to find out the cost of most championship rings, we’ve seen some ex-legendary NBA players that have auctioned their rings to the public.

Oscar “, The Big O” Robertson, is one legendary NBA player that left marks in the hearts of fans. Although it has been over 44 years since he retired from professional basketball, game items and souvenirs are way still pricey

Recently, “The Big O” auctioned his championship ring and landed a whopping $91,000.

To raise some funds for a charity devoted to helping kids, Abdul-Jabbar auctioned four out of six rings for a whopping amount of $2,947,872.25.

Julius Erving led his team the New York Jets to the 1974 Finals—where he became the overall best player in the league at that time.

Erving’s championship ring earned him a considerable sum of $460,000 in an auction. A lot of fans believe Erving made so much from the ring because the New York Jets got their first championship trophy.

Formerly, Ron Artest, Metta World Peace won the award for the best Defensive player in 2004 and he was named an NBA All-star that year. Currently, he is a coach for South Bay Lakers on the NBA G-League.

After retiring as a player in the NBA, Metta World Peace auctioned his championship ring to raise money for a charity. He got $500,000 and donated the funds to the Xcel University charity—aimed at helping youths with mental health issues.

Since the existence of the league in 1946, we have seen a lot of NBA collectors and enthusiasts who have gone crazy for highly valuable souvenirs and player artifacts. But amongst all, the NBA championship ring is one of the most sought after collections.

Even though it’s rare to find authentic NBA championship rings in the general market—we sometimes see some NBA players that auction their rings for thousands to millions of dollars.