How Much Do NBA Coaches Make? 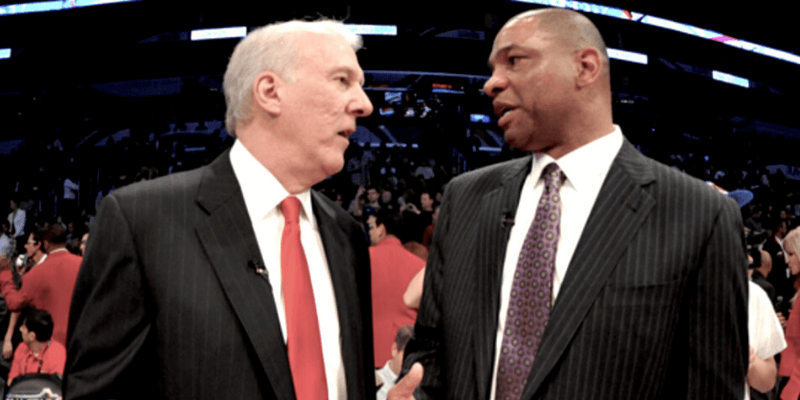 While many NBA coaches don’t make as much money as the players, they still do very well on their average salary. Many coaches live great lives off of the money they have earned while coaching in the league. Gregg Popovich, the highest-paid coach, spends about $20,000 on wine alone and Don Nelson, former NBA coach and Hall of Famer, once said about Popovich’s spending habits, “he spent more on wine and dinners than my NBA salary”.

This article will explore, in greater detail, how much money NBA coaches make annually. We will also cover the top coaches in the league, and their salaries as they have worked their way into a pretty exclusive coaching club.

Spurs fans will agree that Popovich has earned his hefty annual salary. Popovich has won 3 Coach of the Year awards and has led the San Antonio Spurs to 5 NBA Championships. “Pop” as his players warmly regard him, has been statistically the most successful coach in NBA history as he holds the record for most regular-season and playoff wins.

Rivers played in the NBA for 13 seasons before eventually becoming a head coach in 1999. In 2000, he received the Coach of the Year award as he led his Orlando Magic team to a playoff berth after being picked to finish close to the bottom of the league. After 5 years with the Magic, he moved to Boston to coach the Celtics.

He won a title in 2008 with the team after the team signed Ray Allen and Kevin Garnett to go along with current star Paul Pierce for a version of one of the league’s first “Superteams.” He has been the coach of the Los Angeles Clippers since 2013.

Brooks played in the NBA for 10 seasons before he began his coaching career. He started out as an assistant coach for the Los Angeles Stars, from the defunct American Basketball Association. He then spent some time as an assistant with the Sacramento Kings and Denver Nuggets before getting a job under PJ Carlesimo with the Seattle Supersonics. The Sonics eventually moved to Oklahoma City where Brooks took over as head coach in 2009.

After a successful stint in Oklahoma City, where he was named Coach of the Year in 2010 and led the team to three Conference Finals appearances and one Finals appearance, Brooks was fired after his only unsuccessful season with the team. He now currently coaches the Wizards.

Carlisle’s coaching career began with great regard in 2002 where he was named Coach of the Year after leading the Detroit Pistons to fifty wins. He is also one of the few people to have won an NBA title as both player and coach, when he won the title leading the Dallas Mavericks over the superpower Miami Heat, led by LeBron James, in 2011. Rick took over the Mavericks in 2008 and is still there to this day, inking a $35 million contract extension in 2015.

Casey’s first head coaching job was overseas in Japan, where he led several teams in the Japanese Basketball League. He returned to the NBA as an assistant coach for the Sonics from 1994 through 2004. He was then appointed as the head coach for the Minnesota Timberwolves in 2005. Casey’s solid performance in Minnesota landed him the head job for the Toronto Raptors where he took the team to a Conference Finals appearance in 2016.

In an interesting turn of events, the Raptors fired Casey after the 2018 season, where he was named Coach of the Year. He is currently in the second year of his new five-year contract with the Detroit Pistons.

NBA coaches earn a substantial salary. If you do the math, a coach like Gregg Popovich earns almost $1 million a month. Managing a team of players with different egos and skill levels while also not decreasing team morale and chemistry is a tricky job that many great players and coaches have failed to do. The coaches we discussed above have managed to do that consistently which has led to their high salaries.

Are there any young coaches in the league right now who may one day be on this list? Let us know what you think in the comments!