How Much Are Courtside Seats at an NBA Game? 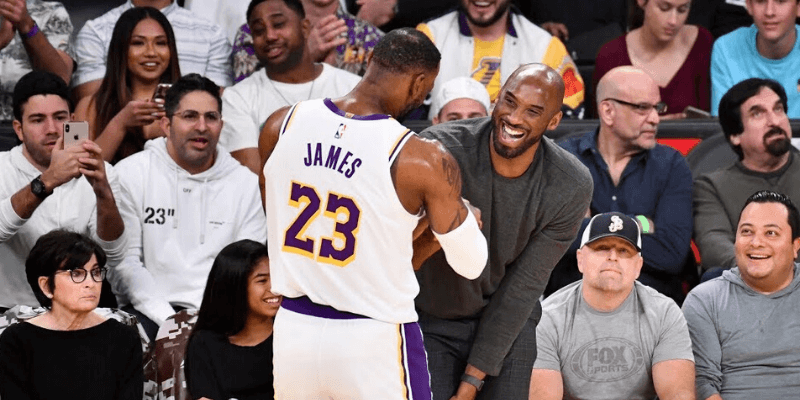 Going to watch a game of basketball live is an amazing and fun experience. The game has risen in popularity around the world in the last few decades and this means that you can find a game to watch just about anywhere. There is just something special about seeing really skilled players up close and personal instead of on TV.

To watch basketball at the highest levels in person, you need to buy tickets to get into the gym or arena where the game is being played. These arenas can be smaller and hold a few thousand people or big enough to hold tens of thousands. Either way, courtside seats are usually the best seats in the house.

Why Courtside Seats Are Great

Professional basketball is unique because as a fan, you can get really close to the action. In other sports such as football, there is a bit of distance between the first row of fans and the actual playing surface. In basketball, having a courtside seat means you are literally only a meter or so away from the out-of-bounds line. If you have one of these seats, you could literally be seated next to your favorite player!

Courtside seats can give you a really unique perspective on how the game is played. You will see the game exactly how the players and coaches see it and if you are familiar with basketball, this can be a great learning experience. Even if you aren’t familiar with the game, being up close and personal gives you the chance to see how good professional players are and see their amazing talents right in front of you.

Courtside Seats Can Be Expensive

Courtside seats are typically the most expensive seats in the house. The exact price of these seats can vary quite a bit depending on which team you are watching as well as which league and I’ll break that down in the next section below. This range in price is usually driven by the demand for certain teams or games and how important the game is.

For a regular-season NBA game in a smaller market city, courtside seats could be a few hundred dollars. For the most popular teams come playoff time, courtside seats could cost tens of thousands of dollars or more! For college games, international games, the World Cup, or Olympics, these prices can range quite a bit as well but NBA games are typically the most expensive.

I’m sure you’ve seen an NBA game and seen a famous actor or rapper sitting courtside. Think about Drake during the Toronto Raptors championship run or Jack Nicholson at nearly every Lakers game during their best years. It’s often a status symbol to sit courtside and sometimes the price of these seats are only available to people who have a lot of money.

There is no exact cost for courtside seats, as I said above but here is a breakdown of some average prices and what you could expect for a certain team. We will also take a look at playoffs and finals. Another to keep in mind is that if one of the biggest stars in the league comes to your city, courtside prices will more than likely increase.

The range for a courtside seat in the NBA is generally anywhere from $300-$20,000 (source). Now, that’s a huge difference in price and can vary from game to game and city to city.

Big market teams like the Los Angeles Lakers, Miami Heat, and Golden State Warriors usually charge the largest dollar amounts you could see the upper end of this range for courtside seats. Small market teams like the Utah Jazz, Atlanta Hawks, and New Orleans Pelicans, would usually be on the bottom end of the range. These teams’ price range can change each year depending on how successful they are.

Come playoff time, courtside seats can rise in price dramatically. During the 2019 NBA Finals, a new record was set with someone buying two courtside seats for $50,507.50 each…! That’s over $100,000 for one game. Pretty crazy, right?! An average cost for a courtside seat during the NBA playoffs would be around $2,500, but again it can really vary a lot depending on the market and team.

Courtside seats are an awesome way to watch a basketball game. If you ever have the chance to get your hands on these tickets, and can afford it, you should go at least once just for the unique and exciting experience that it is. Most of us will probably never be able to afford courtside seats to the NBA Finals, but watching a regular season game right there on the court is still amazing.

If you want to watch a basketball game courtside but don’t want to spend all of your money, consider watching a lesser-known league in your area. Some small colleges or high schools might even have some free seats and you can still have a lot of fun watching basketball on this level, without spending an arm and a leg.