How to Make it to the NBA G League? 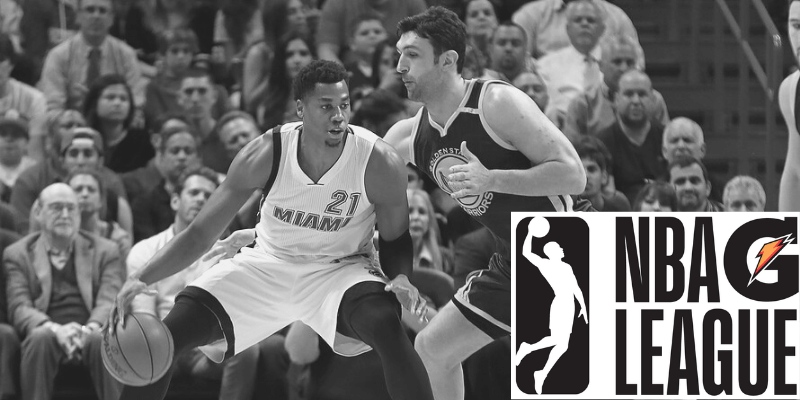 You may be a huge NBA fan like myself who tries to tune into a little bit of basketball each night. Maybe you feel like you know a lot about the league, it’s players, and the 30 organizations that it is comprised of. But, like me, you always hear about this developmental league they sometimes refer to as the G-League. As I said already, I am a fan of basketball with an above-average knowledge of the NBA but admittedly know nothing about the G-League.

Hopefully, this article clears up all of the confusion about the G-League and how the heck they find the players to field for 29 teams in the league. So let’s start out by explaining exactly what the G-League is and why it is important to the NBA and its affiliated teams.

Afterward, we will dive into the different methods of becoming a member of the G-League of which there are more than I expected while researching this topic. After further investigation, I realize how important the league is for the overall productivity and infrastructure of the NBA as a league.

What is the G-League?

The NBA G-League, formerly the National Basketball Developmental League (NBDL) and the D-League, is the NBA’s official minor league organization. The “G” in G-League stands for Gatorade as the NBA said they would not survive without a primary league sponsor. It has been around in some form or fashion since 2001 and has rebranded itself numerous times while also revamping its vision on how it best serves the NBA.

The NBA saw the value of a minor league organization in several other sports and decided to follow suit in order to develop players under the NBA umbrella. The league currently consists of 29 teams and hopes to grow to 30 in order to represent every team in the NBA. Currently, the Denver Nuggets are the only team without a G-League affiliate and the NBA recently announced a G-League team beginning play in Mexico for the 2020-21 basketball season.

How to get into the G-League as a Player

Maybe you have some skills when it comes to playing the game of basketball and are looking for the next level of your career after college or high school, but aren’t quite good enough for the NBA yet. The G-League is ideal for those types of players because it is a direct link to the NBA and it is the perfect place to display your skills in front of NBA scouts and executives. But how do you actually become a member of a G-League team? There are a few different avenues:

Each G-League team schedules open tryouts in their local area for players that think they have what it takes to make the league. One notable success story of this method was the current Washington Wizards shooting guard Jonathon Simmons. Simmons made the Spurs G-League affiliate in 2012 and got called up for the Spurs two years later. He has been in the league since 2015 and has made over $10M during his career thus far.

The G-League holds a four-round draft each year to fill some roster spots. The G-League Draft isn’t the same as the NBA Draft as veteran players and special invitees are eligible as well as undrafted rookies and international players. About 100 players are selected on draft day and vie for a shot at making an impact large enough to earn a shot at the NBA one day.

Once NBA rosters are set, there may be some wiggle room for others in the organization that they want to hang on to and take an extra-long look at before cutting them. Teams can designate up to four players to be sent to their G-League before the regular season begins.

Before the 2017 season NBA rosters expanded to 17 total players for the addition of two players with two-way contracts. This gives NBA teams the luxury of having two players that will spend most of the season with their G-League affiliate team. This stipulation is one of the advantages of the G-League as you are able to evaluate a few players within your organization while not having to pay them NBA-level salaries.

Is the G-League Effective?

The G-League consistently sends players to their NBA affiliates, making the league a viable option for developing talent for the next level. In fact, in the past eight seasons, at least 30 G-League players, or an average of one player for each NBA team, have been sent to the NBA each season. That is a very promising sign for NBA Commissioner David Silver and team executives as it shows that these players are being utilized by their NBA teams.

The other luxury of the G-League is that NBA talent is hard to come by and the luxury of having a place for players that are one or two years away from maximizing their potential and helping their team is invaluable to NBA teams and their coaches. Imagining if the players below hadn’t gotten the chance to develop their skills in the G-League before excelling in the NBA would be a travesty.

Siakam is currently one of the leading scorers in the NBA for the 2019-20 season, but he wasn’t always as dominant as he is today. During his rookie season, Siakam had the fortune of playing for the Raptors because the team had some injuries, however, once those players in front of him returned the team sent him to their G-League affiliate. He led the Raptors 905 to the G-League Finals and currently averages 23 points per game for the defending champion Toronto Raptors.

Hassan Whiteside was drafted 33rd overall by the Sacramento Kings in 2010 but never made an impact and was swiftly sent down to the Kings D-League affiliate the Reno Bighorns before an injury ended his rookie season. He floundered a bit the next year and a half and ended up being picked up by the Sioux Falls Skyforce before being traded to the Grand Valley Vipers. He then spent some time overseas before getting the opportunity to play in the NBA again in 2013.

Since then he has bounced around a bit in the league but has played in over 400 NBA games and has posted career averages of 14 points, 12 rebounds, and 2.5 blocks per game. He has also set himself up for life with total contracts that have already equaled around $100M.

As you can see from the two above success stories, the G-League not only benefits the NBA but, more importantly, the players whose dream it is to play professional basketball. Through the G-League, they are able to keep basketball in their lives and remain closer to the pro game than if they were to take an opportunity to play overseas. We already covered the many benefits for the NBA but it is definitely two-fold in its purpose and effectiveness.

Have you ever seen a G-League game or are you a big fan of a particular G-League team? If so, let us know your favorite aspect of the G-League in the comments below!