Most Blocks in an NBA Game 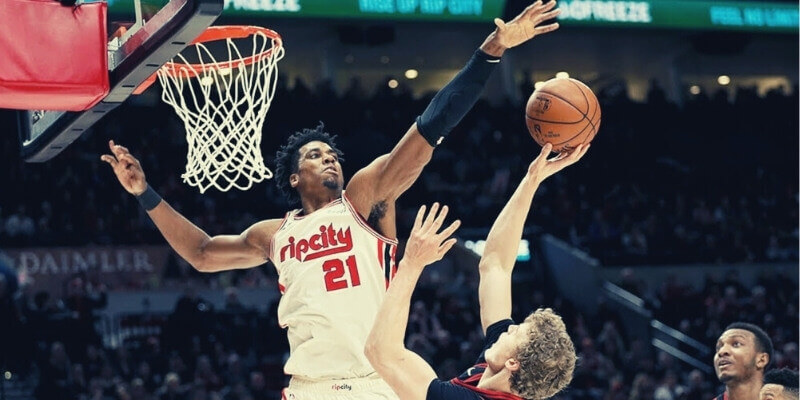 Defense doesn’t get as much press as dunks or threes, but it’s still a key part of any winning NBA team. That’s why organizations love good blockers. Being able to steal and rebound is vital, but the timing on a block is truly impressive. Especially if you can get 10+ in a game.

I am an avid basketball player and fan who has nearly three decades of experience with the sport. As I have watched so much of the NBA (from my couch and the sidelines) I know the league’s history, and I can understand why certain players were able to rise above the rest.

Here, I will take a look at the defenders who had the most blocks in a single game. I will do that, not just by covering who they were and their own personal achievements, but by breaking down when the game’s occurred and what circumstances led to such feats.

The following sections will explain in more detail.

Not in My House

Blocks are perhaps one of the most overlooked stats in basketball. Even so, there’s no doubt they matter. Getting even one or two is incredibly hard when going up against talented players, especially in today’s outside shooting-focused NBA.

That is why all of the following games were so incredibly impressive and why, after all these years, nobody has been able to repeat the lofty performances.

While the NBA has seen many great defensive performances over the years, Elmore Smith’s block party against the Trail Blazers during the 1973 season still stands out in an incredible way. He recorded 17 defenses during the contests, which still stands as the most ever in one game.

Standing at 7 feet tall, “The Rejector” put on the clinic that night on the defensive end. He swatted everything that came close to the basket, delivering an excellent performance that still hasn’t been touched to this day.

The big man was on a tear that season, recording four games with ten or more blocks. In fact, earlier that year he set the record for the most blocks in a game with 14 against the Pistons. That record would stand for just two days, when Elmore would push the envelope even further.

While blocks were much more common during the 70’s and 80’s, they steadily declined over time. That is why Shaq’s performance during the early 90’s stands as one of the most magnificent single game defensive efforts in NBA history.

The big man, as one of the best centers to ever play the game, is known for many things. However, his defense is not one of them. He could dunk, posterize, and run over just about anyone he faced. What many fans don’t know is that he could also shut down the lane too.

That became evident on November 20th, 1993 when he put up a stellar 15 blocks while facing off against the Nets. Not only did he get second all time, he also put up 24 points and 28 rebounds. A truly dominating night by anyone’s standard.

Where Shaq was known for his offense and dunks, the only other player to get 15 blocks in a game was known for his defense. Manute Bol was a pure defender who lasted for 12 years in the league thanks to his length, defensive ability, and incredibly tall 7’7 frame.

The big man had more than 2,000 blocks in his career, which puts him in the top 20 all time. However, his two biggest performances in that category came in 1985 and 1987. In both games he swatted away 15 shots, solidifying himself as one of the greatest to ever defend.

Only two other players have hit the mark he did, but neither of them was able to repeat their incredible feat like Nute.

Most of the players on this list are commonly recognized or household names. The same is not true of Mark Eaton. Even so, that doesn’t make his achievements any less impressive.

The 7’4 big man played for twelve seasons with the Jazz, where he had a solid career. During that time, he managed to block 14 shots in two different games.

Both dominating nights, along with his knack for being able to read shots, make him one of the best shot defenders of all time. In fact, only three people to this day have more rejections.

Ten blocks in a game are no easy task, but it has happened more than a few times throughout the NBA’s long history. What makes the above players so incredible is that their double digit games occurred during the playoffs.

To date, Bynum, Eaton, and Olajuwon are the only people in history to record double digit blocks in a playoff game. And they each did it with 10.

Bynum’s came during the Lakers’ Finals run in 2012, while Hakeem and Eaton both got theirs in 1990 and 1985 respectively. Though that’s not the most blocks in a game, all three deserve a nod for being able to play such stellar defense with so much on the line.

Blocks may not show up on every highlight reel, but it’s always impressive when someone puts themselves into the history books. Every player on the above list rejected shots at an unmatched pace, and built a career off of playing big defense down low.

Though blocks have slowed in recent years due to the new emphasis on three shooting, there’s still something exciting about a big rejection. While the above marks may never be reached, you never know when the next big blocker is going to come in a change the league forever.