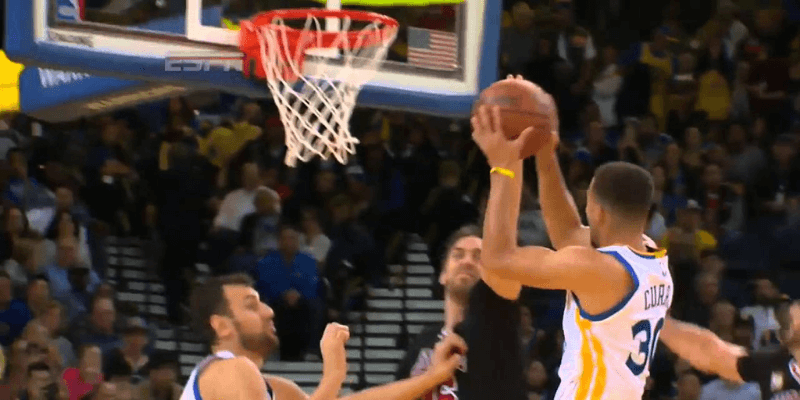 The winning streak is one of the most exciting situations in competitive sports—when the team, or individuals, are firing on all cylinders and playing at their best. The NBA is no stranger to winning streaks, and some of the greatest teams in league history have anchored them. To that end, you might wonder what the longest winning streak in NBA history was and when it occurred.

This article will look back at some of the most impressive winning streaks the NBA has ever seen, with the last covering the longest streak in NBA history: 33 games by the 1971-72 Lakers. But first, what exactly is a winning streak, and what makes them so unique?

A winning streak is, simply put, an extended sequence of wins. For those of you who’ve experienced a winning streak, you probably have an idea of the elements necessary for a long and fruitful one. Let’s talk a little bit about each component that I feel is crucial to an extended winning streak.

If your team isn’t any good, then you can forget everything else. To win an extended amount of games, you must have talented players at almost every position. Role players, stars, and even coaches are some of the gifted people that can create a streak and help your team get hot.

Many Chicago Bulls players have stories about Michael Jordan’s will to win every time he stepped on the court. During their record-breaking 1995-96 72-win season, many tales of Jordan carrying the entire team on his back have surfaced.

Players become stars because they’re consistently great, night in and night out, on the court. If your team possesses one superstar—or several star-caliber players—then those off nights won’t end in disappointment. We’ll cover the top winning streaks in NBA history later in this article. When we do, you’ll notice that every team we mention has a super-duper star and several high-level stars and role players.

Everyone says you make your own luck—but getting lucky during a winning streak is an element that can’t be overlooked. A certain call may go your way in the final minutes of a game; a player might dribble the ball off of their feet during the final possession; another team’s superstar might get hurt, rendering them unable to play against you. These lucky breaks can be the difference between a broken streak or one that stays alive.

Now, let’s look at some history.

I know, I know, UCLA isn’t an NBA team. However, they hold the most astounding winning streak in basketball history (not counting high school teams), winning 88 games and capturing two National Titles. I’d be doing the basketball fans reading this a disservice if I didn’t mention this amazing feat, which was ended by Notre Dame on January 19th, 1974.

Notre Dame was actually the last loss that UCLA had before the streak began in January of 1971. In hindsight, UCLA’s streak should have probably carried on past 88 games. They had an 11-point lead with 3:22 left in the game but never scored another point. On the other hand, Notre Dame played the most perfect three minutes of their lives, scoring the last twelve points of the game. The streak was over, but its legacy still lives on almost fifty years later.

Even though they didn’t win the title, the 2015-16 Golden State Warriors will be remembered in the record books for many other accomplishments. They overcame the 1995-96 Chicago Bulls’ regular-season wins record, going 73-9. Steph Curry won the MVP award by a unanimous vote, the first time in league history that feat had occurred. Oh, and the Warriors also won the first 24 games of the season, good for third on the list of all-time NBA winning streaks.

The team was coming off their improbable 2015 NBA title, which many around the league chalked up as a fluke. They were ready to show their critics their up-tempo style of play was a successful blueprint for victory. Reigning 2015 MVP Steph Curry led the way, averaging 32.5 points in only 34 minutes during the streak. He also had plenty of help from his familiar running mates Draymond Green and Klay Thompson.

When LeBron James decided to take his talents to South Beach in 2010 to team with Dwyane Wade and Chris Bosh, NBA fans knew this would be special. What fans may not have predicted was that they would produce the second-longest winning streak in NBA history. The Heat would beat the Toronto Raptors on February 3rd, 2013, and wouldn’t put a notch in the “L” column until March 27th.

LeBron James provided the star power needed to carry the Heat during the streak, averaging 27 points and only shooting below 50% in four out of 27 games during their historic run. Wade and Bosh were also magnificent that year, averaging 20 and 17 points per game, respectively. Had Wade not gotten injured and missed the last two games of the streak, the Heat may have been at the top of this list. What ifs are fun, but let’s get right to the holders of the crown.

The Lakers were in the midst of one of the most successful eras of their franchise. But they had trouble getting over the Boston Celtics hump to win the big one. Some felt this Laker team had missed their championship window. But they had resolve, experience, star power, and—most importantly—teamwork behind them.

The Lakers had a balanced attack led by future Hall of Famers Wilt Chamberlain, Jerry West, Elgin Baylor, Gail Goodrich, and surprising second-year talent Jim McMillan. They beat the Baltimore Bullets on November 5th, 1971, and didn’t lose again for over two months. Not only did the Lakers rattle off the most impressive winning streak in NBA history, but they also found glory, winning the 1972 NBA title.

“The Logo” Jerry West had played for the franchise for 11 years before finally winning his first and only ring. Chamberlain had already captured a title with the 76ers in 1967. This Lakers title, though, was sweeter than anything because of the rivalry that had built up between him and Bill Russell.

What these three teams did during their winning streaks is historic. Two out of the three won the title the same year. The third, the 2015-16 Warriors, set the all-time season wins record before being upset by the LeBron James-led Cavaliers in an NBA Finals for the ages.

A winning streak is one of the most impressive feats for a team because it shows that, if even for a short amount of time, everyone is firing on all cylinders together. The basket looks bigger during a streak, decisions are made on the court with more confidence, and the momentum seems to be on your side. While the NBA title is always the end goal, no one can take what these teams did away from them and their fans.

Did you witness one of the NBA’s longest streaks in the arena? Let us know if you have any awesome stories in the comments section below!