What Is A Mid-Level Exception In The NBA 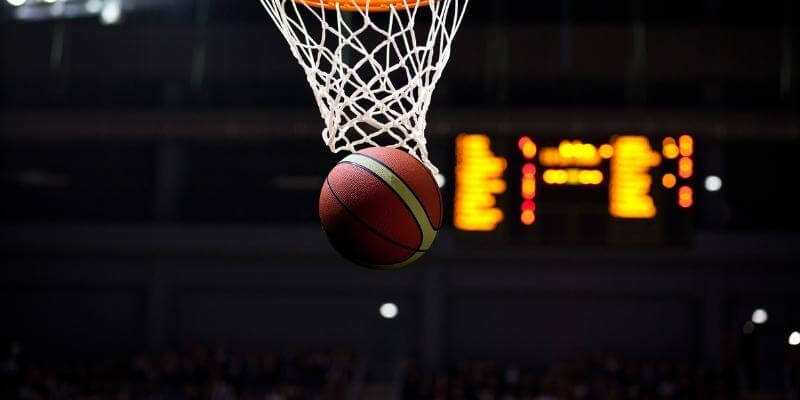 We have all been there with our favorite NBA teams. They are one or two roster moves away from vying for an NBA title but our salary cap has hit the ceiling.

Nowadays, teams always look for transcendent stars to help build a dynasty. The role players, however, make a crucial difference as well. If only there was a way to help the team without paying the tax or remaining stuck in the middle of the pack with the rest of the NBA teams.

Well, for some, there is a way to get a leg up without murdering your cap, and that method is the mid-level exception.

Many basketball fans love the sport but don’t love everything that goes into it, like rooting for billionaire owners, understanding the business side, or the minutiae of player contracts. Well, you’re in luck!

In this article, we will break down the mid-level exception and prove that it could land your team a title!

Before we hop into what the mid-level means, let’s discuss some other terms that you should know before your head spins right off:

Every team in the NBA has a limit (or cap) on what they can spend to field their roster. That is what is known as the Salary Cap. For example, the salary cap before the 2021-22 season is $112.414M.

The NBA incorporated a salary cap back in the 1940s but was then scrapped. In 1984, the cap was reinstated and teams were allowed to spend only $3.6M in total payroll (a far cry from where the cap is today!). To ensure that owners are holding up their end of the bargain, the teams must spend at least 90% of each season’s salary cap.

The NBA has what is known as a “soft tax” which means that teams are allowed to exceed the salary cap, but must pay a fee (or luxury tax) if they do. The luxury tax is not a dollar-for-dollar system in which a team pays to the league every penny they are over the cap.

The team will actually pay more in luxury tax dollars than the dollar amount they are over and there is a repeat offender clause in which additional dollars are paid for those always above the cap.

The NBA’s mid-level exception allows teams to sign players without ruining their salary cap or their luxury tax in the process. In other words, it gives teams a chance to compete on the court and not break the bank off it.

Another reason the league created the mid-level is to incentivize players to stay with their current teams. Teams are able to use the mid-level on a current roster player while still adding to their depth.

In an age of player empowerment, when every franchise is looking for their version of a “Big Three” (a la the LeBron, Bosh, and D-Wade-led Miami Heat), team salaries are heavily invested in a couple of guys.

This means that, in order to compete late into the season and field a deep enough team to play into the Playoffs without injury, you need some value guys on the roster. Mid-level exceptions are a great way to get high value without the exorbitant contract.

Mid-level exceptions in the NBA right now are set at $8.4M for teams above the tax and $4.449M for those under the salary cap.

So, enough talk about the Xs and O’s of the NBA contract. Let’s take a look at past mid-level exception guys that signed with a team and made a huge impact.

Mid-Level Exception Signings That Led To A Title

The NBA experienced a big shakeup when LeBron announced he would join the Miami Heat in the summer of 2010. He joined Chris Bosh and Dwyane Wade in what many thought would lead to multiple titles. After the Heat were upset by the Dallas Mavericks in 2011, they knew they needed to get deeper and better on defense.

Enter Shane Battier in 2011. Battier signed the mid-level exception and, while he was never an All-Star, he filled all the holes necessary for the Heat to hoist a title in 2012. He averaged 11.6 points in the Finals, shot over 60% from three, and played lockdown defense on Oklahoma City’s stars Kevin Durant and James Harden.

The Heat found a key mid-level guy two straight years on their way to back-to-back titles. Ray Allen had just come off a successful stint in Boston where he earned a ring and was ready to help the Heat repeat. The Spurs and Heat played a classic Finals in 2013 and Ray Allen was literally the difference in a wild Game 6, hitting a crazy game-tying three in regulation and two free throws to seal the win in OT.

Allen played one more year with the Heat under the mid-level, but they fell to the Spurs in the Finals in a rematch of the previous year. His signing, however, was a huge difference on that team and all possible thanks to the mid-level.

They utilized their mid-level exception to sign Bryn Forbes who contributed nicely during the season. Heading into the playoffs, Forbes knew he would see around 15-20 minutes per game to help on defense and shoot the ball when he was open. His first round against Miami was huge, as he averaged four threes per game and 15 points. His production decreased later in the playoffs, but his impact was felt on the team.

Portis signed a bi-annual exception, which is similar to a mid-level, but teams were only allowed to use every other year instead of each season. Portis was big in the postseason, scoring in double-figures nine times including a 16-point game in the Bucks’ Finals clinching game against the Suns.

As you can see, teams who use their mid-level correctly can position themselves well for postseason success. Veterans like Shane Battier and Ray Allen brought poise and leadership to the Miami Heat when they needed it most. They gave Miami depth on the bench and also a couple of secondary scoring threats to take some of the load off of Miami’s Big Three.

Bryn Forbes provided shooting that Giannis and the Bucks were missing in years past. Bobby Portis is dangerous with the ball and showed that plenty of times in the postseason. Portis also plays with an edge that many guys don’t have, making him a consummate role player with a veteran toughness that comes in handy come playoff time.

Mid-level guys are an asset to all teams if they play their cards right. It was a strategic win for the NBA who wanted to promote franchise loyalty and sustained success for teams at the top.