What is the Average Career Length of an NBA Player? 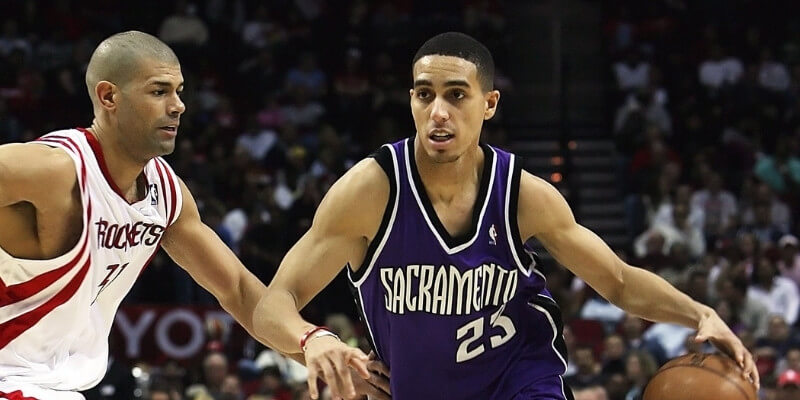 Getting to the NBA is one of the most difficult athletic achievements on Earth. However, for most, the rise is only half the battle. It’s staying there that’s the hardest part. Though some people have long, spanning careers, many players only stick around for a few years.

I have been an avid fan of basketball my entire life, both playing and spectating the sport for nearly thirty years. My own experience with the game, as well as additional research on its history, allowed me to calculate just how long players manage to stick around the league.

Below, I will break down different NBA careers, from the quickest flashes in the pan to perennial all-stars, and then use that information to discuss why the average career length in the league is surprisingly lower than many people think.

How Long Do NBA Players Stick Around?

Throughout the years, 4,509 players have made it to the league throughout the NBA’s history. While some, as shown below, have played for a long time, some have gone for much shorter spurts.

Both ends of the spectrum mean the average player sticks around for roughly 4.5 years.

That might not seem like an extended amount of time, but maintaining a high level of play in an extremely competitive league is not easy to do. That’s especially true for middle-of-the-pack or role players constantly battling new talent for a roster spot.

You also have to consider that, as talent is so tight, longer careers are always going to be rarer than quick ones. There are many players who only last a season or two, which pulls down on the average and puts it on the lower end.

How Do New Players Affect the Average?

Looking at the average NBA career length doesn’t do much without proper context. Though it’s easy to say 4.5 years is typically how long someone sticks around, knowing why that helps shed light on where that number comes from and why it matters.

Every year, sixty new players make it to the NBA through the draft. Alongside that, there are some undrafted and G-league players that also sneak in. Most of those guys, while talented, don’t have what it takes to earn a spot for more than a few seasons.

Another aspect in play here is that rookie contracts in the NBA last for two years. Though there are some options for third and fourth years, only truly special talents or high draft picks earn those extensions. As such, many teams simply won’t re-sign rookies when their contract ends.

That high turnover rate, mixed with the extreme level of competition that exists within the NBA, means that the average career length can never get too high.

Who Has Played in the NBA the Longest?

Now that we have had a look at the lower side of the career length spectrum, it’s important to study how long some players can last. Though there are many rookies and newcomers who never make it, some have what it takes to stick around the game for decades.

The longest career in NBA history was Vince Carter’s, who stuck it out for a whopping 22 seasons, playing for 8 different teams.

The only other players to be in the NBA for two decades were Dirk Nowitzki, Robert Parish, Kevin Willis, Kareem Abdul-Jabbar, Kobe Bryant, and Jamal Crawford. Of those, Dirk and Kobe get special mentions because they stuck with the same team for their entire career.

Are There Any Other Factors that Affect Career?

Besides skill and salaries, the other main factor that directly impacts how long someone stays in the NBA is injuries. There are 19.1 injuries per 1000 athletes in the league, many of which are career-ending. That further pulls down the average against long-tenured athletes.

Something else to consider, when looking at injuries, is that centers and power forwards tend to have shorter careers than shooting guards, wings, and point guards. The extra banging in the paint and the jumping down low for rebounds cause a lot of additional stress on the body.

Here are some other questions you might have about the topic.

Who Had the Shortest NBA Career?

JamesOn Curry. After being drafted in the 2007 draft, he made his debut in the NBA in 2010 where he played for the Clippers for 3.9 seconds. After that, he never saw the court again.

Who Had the Longest NBA Contract of All Time?

The longest NBA contracts on record, due to league restrictions, last for six years. No contract goes past that mark.

Who Played the Longest for One Team?

While many NBA players stuck it out for a long time with a single organization, nobody was more a part of a team than Dirk Nowitzki. He played for 21 seasons with the Dallas Mavericks before eventually retiring.

Which NBA Player Was with the Most Teams?

Ish Smith and Anthony Tolliver have both played for 11 teams during their time in the NBA. Smith is still in the NBA, while Tolliver is currently a free agent.

Making it to the NBA is hard. For most, staying there is even harder. As the above numbers show, most players are in and out in just a few years, with a select few making it for a decade plus. The weighted lower end drag downs the average for everyone.

When it comes down to it, for every Vince Carter or Dirk Nowitzki, there are hundreds of players you’ve never heard of who don’t have what it takes to stick around past their first contract. That may sound harsh, but in the NBA it’s just the way it is.