Which Player and Team Has the Most NBA Championship Rings? 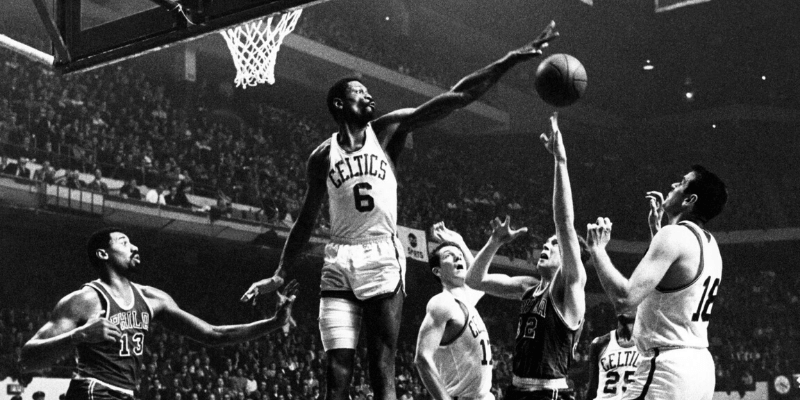 Every young basketball player dreams about one day playing in the NBA and winning an NBA championship. If you ask most current and former NBA players that have been lucky enough to win at least one championship and they will tell you that it was the pinnacle of their NBA career.

Approximately 16% percent of all NBA players have been fortunate enough to win an NBA title, which is relatively low in the big picture of the history of the league. As any player will tell you, the odds of you winning a championship rely just as heavily on the team that is assembled around you than your individual performance. There have been several Hall of Famers who never earned a title. Here are some that stand out:

While only 16% have actually won a title, some players have been talented, and lucky, enough (or both!) to have won multiple rings. But who are they? And which players in NBA history have won the most rings?

Let’s take a deep dive into the historic numbers behind NBA titles and the players with the most NBA rings in league history.

Most NBA Titles: By Team

]The players that have won the most rings directly correlates to the most successful franchises in NBA history. Let’s unwrap some of those teams briefly.

The first dynasty in the NBA was the Boston Celtics. They were the first NBA team that showed their dominance across the league during the 1950s and ’60s, winning 11 titles in 14 years between 1957-1970. Their dominance didn’t stop there as the Celtics have seen pockets of success in the 1980s and 2000s and have always been a staple of excellence in the league.

While the Celtics’ success is unmatched, the Los Angeles (and Minneapolis) Lakers have come awfully close. Their dominance was spread out more through the history of the league. They saw early success in the 1940s and ’50s and were the only team better than the Celtics throughout the NBA’s golden years in the 1980s. They also have the most titles in the 2000s with a three-peat from 2000-2002 and a repeat in 2009-2010.

While the Warriors and Bulls have experienced different paths to 6 championships, the fact remains that they are tied for third on the list. The Bulls may always be remembered more as Michael Jordan’s team during their 6 titles, three-peating in 1991-1993 and 1996-1998.

The Warriors have experienced more recent success winning three titles in the last five years, among their other championship years in 1947, 1956, and 1975.

After reviewing the list, there was no real surprise that the top seven spots are held by Boston Celtics that played between 1957 and 1970. The NBA is now a league of player empowerment and movement every few years and it is not uncommon for players to have been on three or four teams for their entire careers despite their success at certain stops along the way.

During the Celtics’ decade-plus of dominance, many of those players were on the team during long time periods and, while most of the top ring holders were talented players, luck may have been on their sides during their careers. The Celtics were virtually unbeatable from 1957-1970 and were the winningest franchise in sports history. Here are the Celtics that hold spots two through eight on the all-time list (An asterisk next to their name denotes whether or not they are in the Hall of Fame):

As you can see the Celtics’ dominance was felt heavily throughout the late 1950s and the entire decade of the 1960s.

Since I don’t want to make this article completely Celtics-heavy, let’s look at some of the other players with multiple rings. Their ring total would look much more impressive had the Celtics’ dynasty from 1957-1970 had never happened.

The greatest winner in professional sports history happens to also top the list for most rings in NBA history. Bill Russell was the greatest defensive player to ever play the game and those who played with him would call him the greatest teammate ever.

Russell won eleven championships, all with the Boston Celtics. If you put that into perspective, the human body only has ten fingers. Meaning Bill Russell couldn’t even wear every ring he won if he wanted to.

Russell’s biggest rivalry during his playing career was Wilt Chamberlain. Chamberlain was hailed the better, and more dominant, scorer but Russell was a more complete player and almost always outplayed Wilt when they met head-to-head.

Bill Russell had a complicated career and was never considered the face of the league. He ran into social issues, most notably racism while playing in Boston and was always a tough interview for media members.

He never wanted to be the league’s best player but what he did want to do is beat the opponent opposite him each and every night. He accomplished this feat more than almost any player in the history of the league, and that fact is most evident in the amount of NBA rings he won during his career.

Does this list of players with the most NBA titles surprise you? Let us know about it in the comments section!