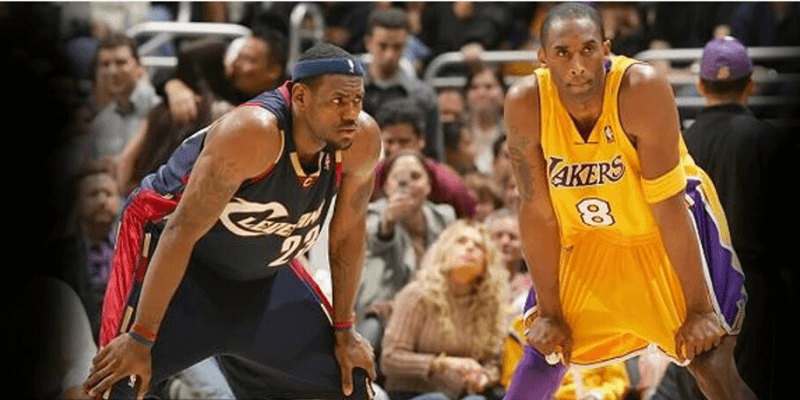 While the trend of high school basketball players foregoing college to pursue a career in the NBA seems like a fairly new phenomenon in the league – think Kevin Garnett and Kobe Bryant, who both went pro after high school in the ‘90s – the fact of the matter is that players, and the league, have always flirted with the idea of high schoolers making the leap to the pros early.

Many critics of players coming out early have cited several reasons why they are against the jump for high schoolers: they are not physically or mentally prepared for a grueling NBA season, they aren’t good enough to compete at the level of most NBA players, and their involvement in the NBA waters down the competition and leads to a poor product on the court.

The above-mentioned points are valid, however, there are plenty of arguments for players declaring themselves eligible for the NBA Draft after high school: many other sports, like tennis, hockey, baseball, and golf, allow players to turn professional either as high schoolers, and sometimes younger.

This article will dive into the history behind the trend of high school players entering the NBA early and will touch upon some of the more important NBA players to enter the league without going to college.

Early Entry Into The NBA: History

Back in the early days of the NBA, players were required to finish their four-year college eligibility before entering the league. This was also during a time when college basketball freshmen were resigned to play for their school’s Junior Varsity (JV) team even if they were the best player at the school. I add this to say that the rules were much stricter during the early stages of basketball.

In 1962, Reggie Harding got drafted by the Detroit Pistons without even enrolling in college. At that point, the pro rule had been altered to a high school player having to be out of high school for at least a year before being drafted, so Harding played minor league basketball and was re-drafted by the Pistons again in 1963. This could have been a monumental event in professional basketball, however, there wasn’t much piggybacking off of it in the years to follow.

This all changed the following decade when a Supreme Court ruling allowed players to enter the NBA Draft immediately after completing high school as long as they could prove financial hardship to the league office. Three years after this ruling in 1974, the league was changed by a star high schooler declaring himself for the NBA Draft after high school.

In 1974 the NBA and their rivals, the ABA had already been heavily jockeying to get star basketball players to enter their league over the other. In the case of Malone, the ABA won out and Moses was drafted by the Utah Stars straight out of high school.

Malone was immediately an impact in the league averaging 18 points and 14 rebounds in his rookie year. His success continued throughout his 19-year career which saw him win an NBA Title, 3 league MVP awards, 12 straight All-Star selections, and a spot in the Naismith Basketball Hall of Fame.

Dawkins and Willoughby declared themselves for the 1975 NBA Draft and were both selected in the 1st round. Dawkins is best known for his rim-rocking dunks and the gimmick of giving each dunk a nickname but never matched his initial expectations. Willoughby’s career was even more forgettable. He played for 6 different teams in an 8-year stretch and only averaged 6 points for his career.

After Dawkins and Willoughby were drafted in 1975, the league saw a 14-year drought of a high schooler being drafted.

It wasn’t until 1995, when Garnett, USA Today’s High School Player of the Year, declared for the NBA Draft after high school that the topic reappeared. The critics all came out against the move again stating the same old “he’s not ready” arguments. On Draft night, the Minnesota Timberwolves decided to take a chance on the phenom and drafted him 5th overall. Garnett had a good, but not great, rookie year and some thought their criticism was validated.

The next year, his scoring and rebounding averages jumped significantly and Garnett was on the NBA map as someone to keep an eye on. He experienced a Hall of Fame-worthy 23-year career where he made 15 All-Star teams, won 4 rebounding titles, was 9-time All-NBA and 12-time all-Defense, won an MVP award, and an NBA Title.

The year after Garnett entered the league, Kobe Bryant set his sights on the same prize. Bryant and Garnett’s high school careers were very similar, as both won national player of the year awards and were highly touted coming out of school. Bryant’s career began slowly as he only played about 15 minutes per game in his rookie year. He did begin to impress in other ways that year, becoming the youngest player to ever win the NBA Slam Dunk title.

Unlike Garnett, Bryant had to deal with an unfair comparison to Michael Jordan for most of his career because of his size, his position, and his style of play. While Bryant never quite reached Jordan’s heights in most regards, he did enjoy a 20-year playing career where he won 5 NBA Titles, was a 2-time league scoring champ, played in 18 All-Star games, and won 2 NBA Finals and 1 NBA MVP awards.

After the successes of players like Kobe Bryant and Kevin Garnett, there was a huge influx of high schoolers entering the league. The critics again voiced their displeasure with these high schoolers coming into the league unprepared and watering down the competition. Initially, NBA teams jumped at these players all trying to find their team’s Garnett or Kobe.

For the most part, the critics were right and these high schoolers, while showing all of the promise and potential in the world, did not meet expectations. A big part of the problem was that these high school kids who predominantly came from poor families were now given multi-million dollar contracts to play a game. Some partied their money away and never worked on their game to improve.

Probably the most famous NBA player to never play in college is LeBron James. James was an anomaly as he entered the league with the most hype ever for an unproven player and actually exceeded all expectations from the first game he ever played. In fact, James’ first NBA field goal was an emphatic dunk that symbolized his arrival into a league that would never be the same after he got ahold of it.

James still plays at a high level even in year 18 of his career. He is a sure-fire Hall of Famer that has won 3 NBA Titles, 3 Finals MVPs, and 4 NBA MVP awards. He currently plays for the Los Angeles Lakers who are one of the favorites to win the NBA title as long as he is on the team and playing at a high level.

Today, the NBA has ruled that players must be out of high school at least a year before entering the NBA Draft. This has made several players rethink their options: either go to college for one year or skip it altogether and either play professionally in a different country or simply work out with professional trainers to prepare for the following year’s NBA Draft.

There has been some talk about the league dropping the age back to 18 for their eligibility so we will monitor that and see if history will repeat itself with a large group of unprepared high schoolers entering the NBA Draft without the skills of mental capacity to succeed.

What is your take on the NBA Draft rules for high schoolers? Should the age limit be dropped back to 18 years old? Let us know your thoughts in the comments!