NBA Players Who Died On The Court 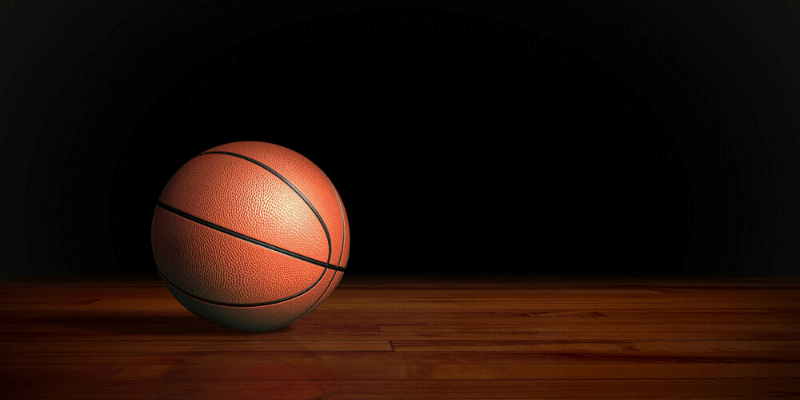 Unfortunately, tragedy is a part of life and in today’s world, it is an all too common occurrence. We all experience it in some form on the news, the internet, and in our personal lives among our friends and family. In a perfect world, we would do anything to avoid it but the world is not perfect and we see these things every day.

Sports and the game of basketball are not immune to this and while we often look to one of the most diverse games in the world to bring us all together, it has not gone without its own tragedies and personal losses.

Players have passed from natural causes, off the court, for reasons which may have been prevented. Sadly, many were still in the prime of their careers, or just beginning promising ones in the case of projected superstar Len Bias. The loss of life is traumatic in any situation and some players have had the misfortune to pass on the court or during a game.

While you could say that they lost their lives doing what they loved, in the end, they are heartbreaking stories of men gone too soon. Let’s remember the NBA players who have died on the court.

After a stellar career in college, Reggie Lewis was well on his way to becoming one of the premier players in the NBA. The Celtics drafted him in the first round in 1987 to add scoring and, more importantly, youth to the team as Larry Bird, Kevin McHale, and Robert Parish had hit their peaks. At first, he didn’t garner a lot of playing time but an injury to Bird opened the door for Lewis and he took advantage, averaging 18.5 points in just his second year.

Reggie kept up his level of play earning an All-star appearance in 1992 and was at the top of his game earning respect from his teammates and players around the league, including Michael Jordan. Then on April 29, 1993, in a playoff game against the Hornets, Lewis collapsed on the court. He was able to get up and return to the bench and even went back into the game, but he eventually left after continuing to feel dizzy and short of breath.

Lewis underwent tests by team doctors who diagnosed him with a serious career-ending and possibly fatal heart condition but another doctor concluded that it was a much less serious and nonfatal condition. The doctor claims that he did not authorize Lewis to resume workouts but Reggie began preparing for the next season anyway.

At an offseason practice on July 27th, 1994 Reggie Lewis collapsed and died due to sudden cardiac arrest. A police officer on the site tried to revive him but was not successful. He was only 27 years old and at the peak of his career. An autopsy found that he died from hypertrophic cardiomyopathy, which is a structural defect in the heart that can often cause death in young athletes.

Conrad McRae never got a chance to play an official NBA game but he was drafted by the Washington Bullets and signed a contract with the Denver Nuggets. He was playing summer league ball with the Orlando Magic at the time of his death.

McRae showed fierce potential in high school where he was given the nickname “McNasty”. He earned PSAL All-City accolades from 1986 – 1989. In 1989, he was selected to the McDonald’s All-American team and played in the Junior Olympics. He received a scholarship to Syracuse University where he played under legendary coach Jim Boeheim and used his athleticism, hard work, and rim protection skills to leverage into being an NBA draft pick.

His hard work paid off and he was selected in the second round of the 1993 draft by the Washington Bullets. He never got a chance to play for the Bullets but had a stint in the CBA (the NBA’s minor league at the time) for the Fort Wayne Fury. McRae also spent multiple seasons playing in Europe.

He signed a 10-day contract with the Denver Nuggets but never played because he fainted before a game and the contract was terminated. In the summer of 2000, McRae joined the Orlando Magic in gearing up for that year’s Summer League. While running wind sprints on the court he collapsed and died. The cause of death was never determined but he did have a history of heart arrhythmia. He was only 29 years old.

Zeke Upshaw was a great high school player in Chicago, averaging 24 points and 12 rebounds per game in his junior year and won the MVP award of his high school league in 2008. He was well on his way to a stellar basketball career and decided to go to Illinois State University. Unfortunately, his playing time was limited at ISU forcing him to transfer to Hofstra.

With more playing time he averaged 19.8 points per game and tied a school record with seven three-pointers in one game. He led the CAA conference in scoring, increasing his points per game by 17.3 which was the largest in Division I basketball. His improved play did not help in the NBA draft and he went undrafted upon graduation. He decided to play with the Helios Suns in the Premier A Slovenian Basketball League instead of entering the NBA G League draft.

In 2015 he moved to the Total League in Luxembourg where he averaged 20.9 points per game. By 2016 he moved back to the United States and then entered the NBA G League draft where he was selected by the Grand Rapids Drive. On March 24, 2018, Zeke collapsed in the final minutes of the final regular-season game for the Drive. He was taken off the court on a stretcher and revived at the hospital but died 2 days later of sudden cardiac death.

Upshaw was only 26 years old and suffered from hypertrophic cardiomyopathy, the same fatal condition as Reggie Lewis. The NBA G League suspended the first round of the playoffs that year out of respect for Zeke and the Detroit Pistons even gave him an honorary call up for their March 29th game against the Washington Wizards.

Other On Court Tragedies

On court deaths in basketball are not just limited to NBA players. One well-known death happened in 1990 when Hank Gathers collapsed during an NCAA game while playing for Loyola Marymount. After the death of Gathers, Loyola Marymount went on a historic NCAA Tournament run in honor of their fallen teammate. One of Gathers’ best friends, Bimbo Coles, famously shot his free throws left-handed to honor Gathers.

Sadly, many players have lost their lives in the prime of their careers. While there have been numerous off-court tragedies, the on-court ones are particularly shocking since these players were young athletes, in good shape and doing what they had trained their whole lives to do. These players are gone too soon, but hold a special place in the hearts of basketball fans everywhere.

Seeing that these deaths were all heart related, do you think the NBA and other basketball leagues should do more regular and in-depth testing of players’ heart conditions? We’d love to hear from you, so please leave your comments.