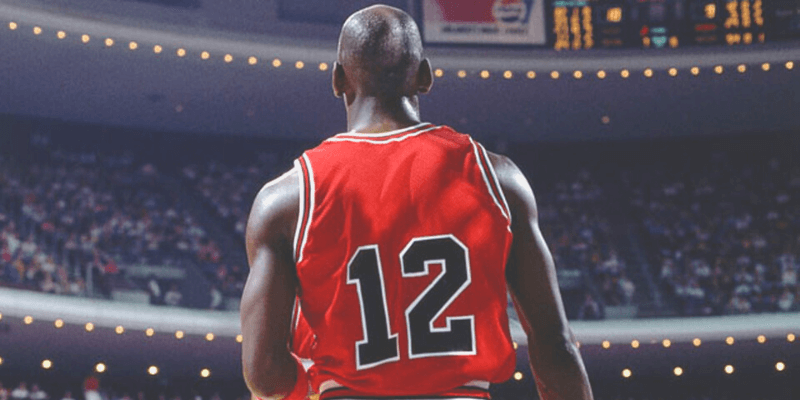 While it isn’t in the upper-echelon of famous NBA numbers—I’m looking at you #23, #33, #32!—it has had some success on the backs of NBA players. The jersey number 12 has been worn by tons of NBA players, from no-names to Hall of Famers. It’s a common number on NBA teams, with 12 players currently donning it.

This article will look at players currently wearing those digits and some past players who gained notoriety as a #12. Let’s dive in!

First, let’s quickly review the NBA’s current jersey number rules so you have a better idea of where the players are coming from when they choose them.

Other than these two rules, there isn’t much else to the jersey number selection. Many players carry their jersey numbers over from college, high school, even since they were kids.

If a player’s jersey number happens to be retired by the franchise they play for, they can either ask the star whose number was retired to let them wear it (good luck!) or pick another.

Hall of Famers Who Wore #12

The GOAT number 12 is easily the Hall of Fame Utah Jazz point guard. Stockton still leads the league in all-time assists and steals by a large margin. Stockton was a relative nobody before he came into the NBA, but he persevered and became an assist machine. He is a 10x All-Star and 11x All-NBA player. The Jazz great also led the league in assists in nine consecutive seasons, made 5 All-Defense teams, and played every game in sixteen of his nineteen seasons.

This Hall of Fame center wore the number 12 for the Lakers and Hornets before changing his number to 21 when he joined the Sacramento Kings. The number 12 treated him well, but he wasn’t cursed by his number change. The Kings have his jersey number 21 hanging in the rafters as one of the greats of their organization.

Yes, as in Coach Pat Riley. He wore the number during his playing days when he suited up for the Lakers. During his Hall of Fame coaching career, he won four titles with the Lakers and another with the Heat.

Wait, what?! Yep, Jordan wore the number for one game during his career. Someone stole his jersey, and he wore the number 12 against the Orlando Magic. There are even basketball cards that document the game. Magic player Sam Vincent’s 1990 NBA Hoops card and Jordan’s own Upper Deck card show the odd occurrence.

Below is the list of every #12 in the league today.

This seven-foot New Zealander is known for his tough play on the court but is also one of the best teammates in the NBA. This year he’s averaging around 8 PPG and 9 RPG on 62% shooting.

Unfortunately, LaMarcus Aldridge was recently forced to retire abruptly for health reasons. He played fifteen years for the Portland Trailblazers, San Antonio Spurs, and the Nets. His career averages of 19 points and 8 rebounds while collecting seven All-Star appearances and 5 All-NBA nods round out a brilliant career.

The 13-year vet out of Texas has bounced around the league but always plays a vital role on the backcourt.

Clark is in his third season and serves as a backup in Denver. He is averaging 3.3 PPG and 2.6 RPG in 14 minutes.

Harris is the fourth or fifth option on the Nets, which is mind-blowing to anyone who follows the league. Harris is a hair from shooting 50% from three this year and drops around 14 points a night, usually shooting wide-open threes.

The Sixers are one of the favorites for the 2020-21 title, and Tobias Harris is a big reason for that. A journeyman who is currently on his fifth team in ten seasons, Harris is filling a lot of gaps for the 76ers, dropping 20 points, grabbing 7 rebounds, and dishing out 4 assists per night.

One of the exciting members of this young Hawks team, Hunter has improved his game in his second season. Unfortunately, Hunter has been hampered with a leg injury but may be ready for a late-season push from this hungry group in Atlanta.

Miller is in his sixth season, his first with the Thunder, and is averaging 4 points in 10 minutes of playing time.

Last year’s Rookie of the Year has been wearing #12 since college and actually had to approach Grizzlies player Yuta Watanabe for the number once drafted. The jersey exchange came easy, like most of his time in the NBA. He has averaged 18 points and 7 assists.

Oubre is helping the Golden State Warriors on the court, and is a big reason they are competing for a playoff spot this year. He should continue his hot shooting for the rest of the season as the Warriors’ starting small forward.

Robinson has played sparingly this season for the Wizards. He has averaged 5 points and 2 rebounds in 18 minutes of play.

This second-year player has had a couple of big games for the Celtics this season off the bench. Williams anticipates giving the Celts some valuable minutes during this season’s playoffs.

Let’s take a look at this team as if it were an NBA roster. While I wouldn’t exactly punch my ticket to the Finals, I’d be encouraged with the pieces I have. In other words, I’d be disappointed if my team of #12s didn’t at least make the playoffs as a seven or eight seed.

Even though Dwight doesn’t currently wear #12, he did wear it for every All-Star and Defensive Player of the Year (three in total) season. He even won a Slam Dunk title in it!

Bowen is an all-timer in frustrating opponents and locking down the other team’s star. He is a 3x NBA Champion and made 8 All-Defense teams for the San Antonio Spurs.

Riley won five NBA titles and three Coach of the Year awards during his time at the helm of the Lakers, Knicks, and Heat. Without Riley, the basketball and rivalries of the ‘80s and ‘90s would be a lot more boring: He was a polarizing figure during that time. Throw in a title with Shag, D-Wade, and his time as Team President in Miami, and you’ve got a Hall of Fame career.

Apologies to Michael Jordan, who wore #12 once and is the all-time GOAT—this award goes to Stockton. The Jazz guard epitomized the #12; it’s impossible to think about the history of the Jazz organization without thinking of him. There is a reason his #12 jersey hangs in the rafters in the Utah Jazz’s and Gonzaga Bulldogs’ arenas.

Jersey #12 doesn’t have the history of some others, but it hasn’t disappointed either. If I had to compare the number to an NBA player’s career, I would liken it to someone who’s played for 30 years, is consistently good, and has some flashes of brilliance (thanks, Dwight, Ja, and Stock!). All in all, it’s a great number to select if you are a youngster getting into the game for the first time.

Shout out to all of my #12s out there! Why did you select it for your jersey number? Let us know below!