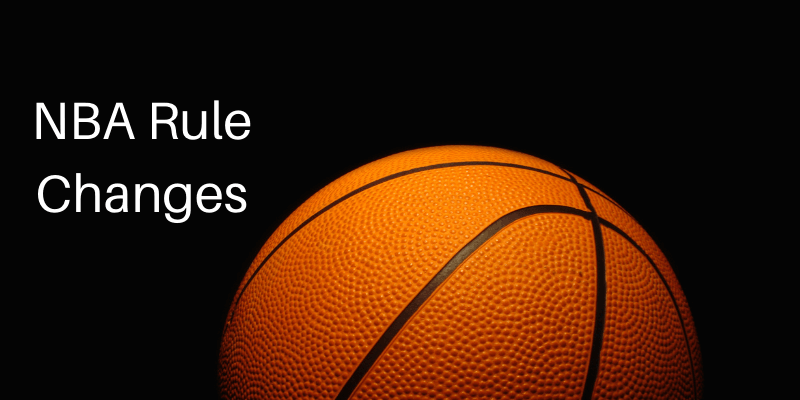 Basketball, like any sport, is not perfect. In fact, the NBA is constantly going through small changes to make it a better game overall. While many current shifts have had small impacts, there have also been some major ones that formed the league we all now know and love.

I am a long-time basketball fan with more than twenty-five years of experience both playing and watching all levels of the game. As such, I know a lot about its history, the current league, as well as what changes were needed to bring it from the early years to what it is today.

In this article, I will break down the biggest rule changes the NBA has ever seen. Not just by detailing when and how they occurred, but also by understanding why the shifts happened and their long-term impacts on both players and the league.

Check out the below sections to learn more.

NBA Rule Changes with the Times

1. The Banning of Basket Interference

This change is largely attributed to Wilt Chamberlain, who made a living by simply tapping in shots that went above the rim. It made scoring a lot easier for big men, and also completely changed how certain offense sets were run.

The league finally decided to get rid of interference because they felt it made certain plays too easy and gave larger players a strict advantage. It also resulted in fewer rebounds, which cut out an essential part of the game.

2. Banning (and Unbanning) of Zone Defense

That banning of zone defense was one of basketball’s earliest rule changes, and one that led to a major shift in how the game was played. The BAA (Basketball Association of America) banned the scheme during 1947 as a way to force teams to be more aggressive.

Though many fans did not like the shift at first, it led to faster games, better defense, increased scoring, and a better overall viewing experience. That is why the BAA decided to keep the rule when it merged with the National Basketball League to form the NBA in 1949.

The NBA eventually unbanned zone defense during the 2001 season. Even so, the existence of the defensive three-second rule, as well as a higher focus on long-range shooting, makes it so teams almost never break away from man-to-man unless they absolutely have to.

Another rule that many basketball historians attribute to Wilt Chamberlain is the widening of the free-throw line from twelve to sixteen feet. Back in the day, guards had a big issue. They could simply not keep up with dominant centers.

Most big men would sit down on the block, catch the ball right under the basket, and then turn or spin around for an easy layup. That issue first came about with George Mikan, who completely dominated down low due to his size.

His presence and power forced the NBA to widen the lane in 1952 from six to twelve feet in length. However, that only proved to be good enough for twelve years. In 1964 the league widened it again to the sixteen feet it is today to stop Wilt from scoring too easily.

This is a subtle rule change, but one that had a monumental impact. It changed the way big men played the game and allowed many more scoring options for outside players.

If you were to look at the way the NBA has shifted over time, it would be hard to find a bigger impact than the introduction of the three point line. That one change, which came about during the 79-80 season, not only led to much more scoring, it set up the basis of today’s NBA.

Every current team puts an incredibly high emphasis on three point shooting, but such offenses would not have been possible during the 50’s, 60’s, and 70’s. Before then, you only got two points for a basket no matter how far away you shot.

That may sound crazy to some, especially with how vital the three pointer is now, but teams simply weren’t built for outside attacks like they are now.

As impactful as the three point line has become, no change in NBA history did more for the game than the addition of the shot clock. Back in the day, teams could simply hold the ball as long as they wanted, which led to long, draw-out, and boring games.

In fact, some lowest scoring games, such as the Lakers vs. the Pistons in 1950, ended without a single team reaching 20 points. To amend that, the NBA introduced the shot clock in 1954, which immediately sped up the sport and led to more fun, scoring-focused contests. Without that one shift, basketball would have never come close to the heights it’s at today.

All major sports have shifted throughout their history, but few have had as many major rule changes as basketball. It took a long time for the NBA to get where it is today. Even so, as the above tweaks show, most changes were definitely for the better.

As the league continues to move forward, there’s no doubt more alterations will come with time. Nobody is quite sure what they will look like, but given the game’s current state, it will certainly be something focused on three pointers and fouls.

Changes in officiating also have had an impact upon the game. I hadn’t watched any NBA games for more than a decade, so when I resumed watching I was perplexed at the non calls: palming the ball, traveling, and violation of the three second rule, to mention a few.
I haven’t found any documented evidence that these rules have changed, so any provision of these written changes would be appreciated.
Has it been simply a league wide tacit agreement that has led to these changes being implemented?
These, plus the changes noted in the article, have made me speculate as to how this would have impacted players in the past statistically.