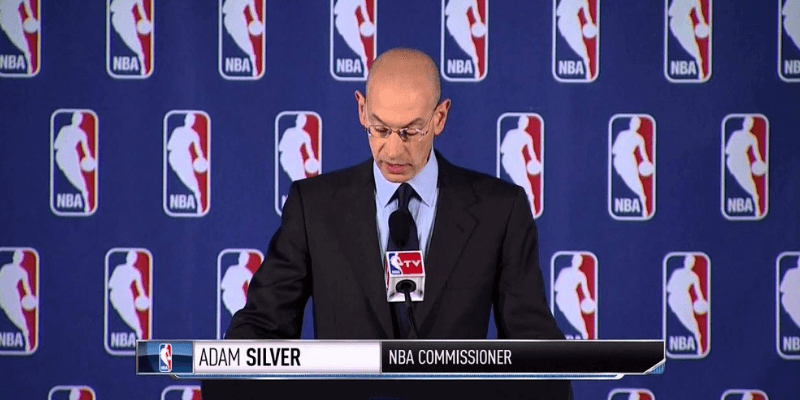 As an NBA General Manager (GM), your job is to put together a winning team and give your franchise the opportunity to compete for an NBA Title.

The NBA is a win-now league and if you don’t put together a team that at least sniffs a chance to play deep into the playoffs then your job could be in jeopardy. But, it takes a lot of intelligence, luck, and talent to put together a winning team in the NBA.

Players get paid handsomely the better they perform and the NBA has what is called a salary cap that determines how much teams can pay players in order to put together an entire team.

Some of you may have heard the term salary cap but there may be confusion on exactly how it works and the details involved.

This article will go in-depth on the salary cap and in the end, you will have the knowledge to pretend to be better than your favorite team’s GM.

Let’s get into it!

What Exactly is The Salary Cap?

The NBA’s salary cap is the limit in the total amount of money each team is allowed to pay their players.

Think of the salary cap as a ceiling that NBA teams have to stay below when constructing their entire team and each players’ salary. This is why you don’t see a team like the New York Knicks, who essentially print money, splurge, and sign 5 All-NBA superstars to blow away the competition.

The NBA and the Players Association – the union and voice for the NBA players during negotiations – set the salary cap during their Collective Bargaining Agreements (CBA) and the amount is usually based on the amount of revenue the league is generating over a certain period of time.

This wasn’t always the case, but the Players’ Association believed that the cap should reflect revenue to ensure that their compensation is in line with team owners.

How Much Can You Go Over the NBA Salary Cap?

Since the NBA uses a soft cap (will explain later), there are no limitations on how much a team can step over the salary cap. However, when the team goes over the tax line, the owner will need to pay the so-called “luxury tax” which is aimed at big spenders.

Is the Salary Cap Necessary?

In short, no, it isn’t technically necessary for the league to exist. But, while it isn’t necessary, it is crucial to the equity of the league among every NBA team.

Remember the example I used up the page about the Knicks, arguably the most wealthy team in the league (the Lakers also have a case here)? Imagine if they could sign anyone they wanted each year and the small market Utah Jazz had to compete with them generating way less money?

Many of the world’s top soccer leagues operate without a salary cap and it shows in their league structure. The Premier League in England has a “Big Five” of the richest teams in the league – Manchester United, Arsenal, Liverpool, Manchester City, and Chelsea – which have ruled the league’s top tier since its reformation in 1992.

These 5 teams have won the title 26 times in the 28 years the league has been in existence.

The presence of the salary cap helps promote parody and equality across the league. The small-market teams still have issues in grabbing talent from big markets, like weather, state tax, and overall choice as to where the players want to live and play, so the salary cap allows everyone to start at the same point financially.

Leagues like the NFL, NHL, and MLS have a “hard cap” which does not allow any team to go over their allotted budget, but the NBA decided to instill a “soft cap” that allows teams to overspend but not without penalty.

When an NBA team goes over their salary cap they pay what is called a luxury tax to the league. Teams that have to pay a luxury tax, up until the 2012-13 season, had to pay the difference back to the league for however much they went over the cap.

For example, if the cap is $100M and a team’s payroll totals $113M then they pay the NBA $13M which is then redistributed back to non-taxpaying teams.

Since 2013-14, there are new penalty charges in paying the luxury tax which is a bit more confusing. If a team goes over the salary cap by $8M they would have to pay 1.5 times the amount of the first $5M and then $1.75 times the amount after that, in hopes that this would deter teams even more from going over the cap. Most abided, however, the Brooklyn Nets paid over $100M just in luxury tax penalties alone.

For fear of losing all of you at this point, I will review these exceptions briefly. Because of the soft cap, the league has placed several exceptions – Rookie Exception, Two-Way Contracts, Mid-Level Exception, etc. – as incentives to either sign or keep players with a certain franchise.

The most infamous exception is the Bird Rights, named after Hall of Famer Larry Bird. This exception states that if a player is labeled a “qualifying veteran free agent” then they can sign them and surpass the salary cap. This player must have been with the team for at least three seasons and hasn’t left in that time in order to qualify.

Check out all of the exceptions explained in detail here if you nerd out to things like this. To the right person, this stuff is fascinating.

The 2016 season saw the salary cap skyrocket from $70M all the way to $94M. Like a kid who just made $20 mowing a lawn, this money didn’t have a chance to be spent wisely.

Teams began dolling out outrageous contracts to everyone under the sun. Many will always remember the summer of 2016 as the year Kevin Durant signed with the Warriors and took his talents to Silicon Valley for a memorable three years.

What some may forget is some of the awful contracts that teams signed players for that crippled some teams’ payrolls for years. Mike Conley became the highest player in the league during this time and while Conley has played some great basketball for his career, he just doesn’t possess the talent to make top dawg money in the league.

Here are some other bad contracts from this era of overspending:

These are all guys who won’t be remembered in the annals of NBA history as players who made a huge impact on any of the teams they signed with during that fateful 2016 offseason when spending was off the rails.

They were in the right place at the right time and the salary cap dictated just how much each team could pay them.

The league had projected a boost in their cap before the beginning of this past season which saw an uneven regular season followed by The Bubble where teams spent upwards of three months playing to finish out the season due to the COVID pandemic.

With the loss of team revenue like game tickets and local broadcasting, combined with the Darryl Morey/Hong Kong scandal that began the season, the cap will probably dip significantly. It will be interesting to see how teams pivot with the lack of money available for the foreseeable future.

The salary cap is a revolutionary idea when it was conceived and has affected every American professional sports league differently.

For the NBA, the cap allows teams like the Oklahoma City Thunder to compete with teams like the LA Lakers. It has also produced some of the crazier contracts in league history.

The salary cap is very interesting and detailed and when basketball GMs make decisions for their teams the cap is always at the forefront for consideration.

How have your teams manipulated the salary cap to find success? Let us know below in the comments!