Which NBA Teams are in Texas? 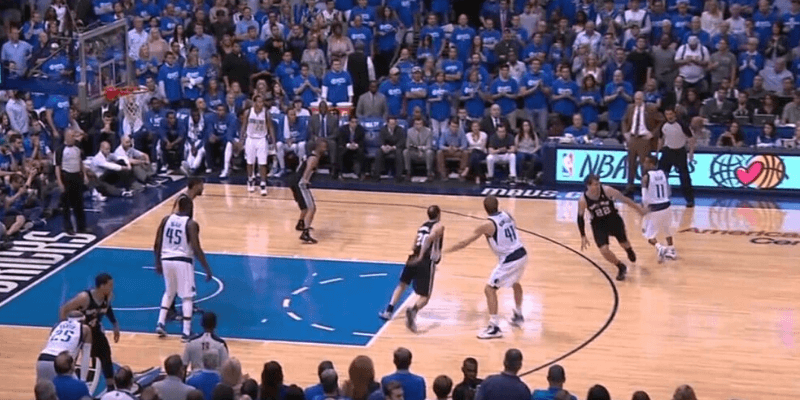 The National Basketball Association has a total of 30 teams across the country with almost every region represented. In fact, other than the Northwestern part of the US – Wyoming, the Dakotas, Montana, and Nebraska – the league is well balanced in terms of its overall national footprint.

While the league does have balance, there are some larger markets, like Texas, that are more represented than others. Texas has a total of three teams in the NBA: The Dallas Mavericks, Houston Rockets, and San Antonio Spurs.

And why is that?

For starters, Texas is the 2nd largest state in the US with just under 30 million residents. And more people means more paying customers in the eyes of the NBA. Each team has paved their own paths to the present day and have all seen varying levels of success throughout their storied histories.

The Mavericks were the last Texas team to join the NBA having been voted in by the league owners for the 1980 season. The Mavericks’ journey began like so many other expansion teams before and after them, with some bumps in the road. However, in only their third year in the league, they made it to the second round of the playoffs, building a great foundation of both fans and promise that the team would be relevant in the league for decades to come.

And they have certainly remained relevant.

Mavericks players have won several NBA season awards including 2 Rookie of the Year (Jason Kid, 1995 and Luka Doncic, 2019), NBA Coach of the Year (Avery Johnson, 2006) and even an NBA MVP award for Dirk Nowitzki in 2007.

In 2011, they won their first ever NBA Title upsetting the Miami Heat led by the “Big Three” LeBron James, Dwyane Wade, and Chris Bosh. Dirk Nowitzki won NBA Finals MVP and cemented himself as one of the top players to ever play in the league and became an instant Mount Rushmore level athlete in the state of Texas.

Their always passionate, and opinionated, owner Mark Cuban helps in keeping the team in the spotlight, be it with big free agent signings, or quotable interviews with the media about the current state of the NBA, a league he genuinely loves and supports.

After four years of poor performance as the San Diego Rockets, the team was bought and moved to Houston in 1972, becoming the first Texas-based team to join the league. The Rockets’ team history has had their ups and downs but does have a few major eras of success.

1976-1987 – The Rockets reached 3 Conference Finals in 1976-77, 1980-81, and 1985-86. Their star big man Moses Malone win the MVP in 1979 and the emergence of the “Twin Towers” Hakeem Olajuwon and Ralph Sampson, helped Houston remain competitive for most of the decade. They were pegged as the next great NBA dynasty by the media after reaching the Finals in 1986, but the era was cut short by injuries and rampant drug use throughout the league.

1993-1995 – The Rockets won back-to-back championships and became a league wide dynasty for a brief time. Granted, this was during Michael Jordan’s hiatus from basketball but this 3 year stretch put Houston on the league map as a team that will always compete.

2012-Present – James Harden has taken the helm as the Rockets’ leader and one of the most dynamic scorers the NBA has ever seen. His dominance, along with some great play from role players, has led to impressive success for the team, making the Conference Finals in 2017-18 and almost knocking off eventual champion Golden State.

Historically, the Rockets have one of the most successful resumes in the league. They have 4 NBA Finals appearances and have won 2 Titles. They have had three league MVP’s in James Harden, Hakeem Olajuwon, and Moses Malone and 2 Rookie of the Year awards for Ralph Sampson and Steve Francis.

The Spurs are the most decorated Texas-based NBA team, having won 5 NBA Titles, all since 1999. Their history began in the American Basketball Association (ABA) a tough competitor of the NBA for a time in the 1970’s.

The first 20 years proved relatively unsuccessful, other than the stellar play of one of the NBA’s greatest scorers ever, George Gervin, between 1976-1985. The best season the Spurs had in that time was 1977-78 where they lost in the Eastern Conference Finals after leading the Washington Bullets three games to one. The Spurs wouldn’t reach another Conference Finals for 20 years.

In 1989 the Spurs drafted college superstar David Robinson who single-handedly turned the Spurs’ fortunes around winning their first division title in 7 years.

The rest of the 1990’s saw the Spurs finish at the top of the Western Conference almost every year until the 1995-96 season which saw a sharp downturn in team success due to an injury to Robinson’s back that sidelined him for most of the season.

There was a silver lining to the poor performance that season, however, as they won the draft lottery and selected Tim Duncan which would help change their history for good.

From 1999 through 2014 the San Antonio Spurs played in 6 NBA Finals and won the NBA Title 5 times (1999, 2003, 2005, 2007, 2014). This was easily the most successful stretch for the team that not only saw 5 championships, but a slew of awards like 2 MVP’s for Tim Duncan, 3 Coach of the Year awards for coach Greg Popovich, and an influx of talent like Tony Parker, Manu Ginobili, and Kawhi Leonard that played a huge part in the overall success of the organization.

As you can see above, all of the NBA teams that reside in Texas have seen their fair share of successes. The state, and basketball fans, always support their Texas teams and it shows in the attendance numbers each year at their home arenas.

Are any of you out there fans of any of the three NBA teams in Texas? If so, what are your fondest memories of your favorite Texas-based NBA team? Leave us a comment below!