How Many Technical Fouls Before a Suspension in NBA? 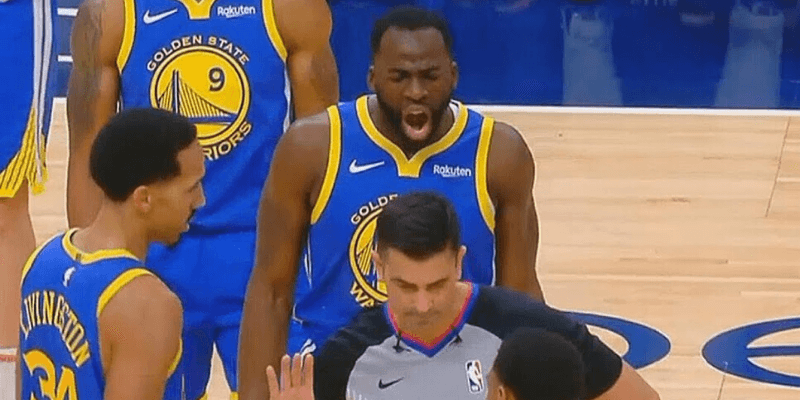 We’ve seen NBA players being fined heavily, and even suspended, for technical fouls. One of the more high-profile examples recently is Draymond Green, who was fined a total of $153,000 for different technical fouls he committed.

What is a Technical Foul?

A technical foul is a severe penalty given to players on the court, team members on the bench, or the entire team, for unsportsmanlike conduct on an infraction that does not involve physical contact. Basketball players and coaches are always held responsible for what they do on and off the court, saying or doing anything that’s against the league’s rule results in penalization.

Calling for a timeout when you have none left is a violation of the rules. In the 1993 NCAA championship game, Michigan lost to North Carolina because Chris Webber called a timeout, not realizing that they did not have any left. The results? Michigan was called for a technical foul and North Carolina sealed the victory with foul shots.

Before a coach or a player receives a technical foul for delay of game, they are given a warning to discourage any action that might delay the game. After a warning, a Delay of Game call will result in a technical foul.

A technical foul that is rarely called is for a player not subbing into a game properly. Players are required to “check-in” at the scorer’s table located on the sidelines around half court before entering a game. If they do not check-in correctly they are liable for a technical foul.

Hanging on the basketball rim deliberately during a game is prohibited. If a player dunks and hangs on the rim in a way deemed excessive by the refs, they could be called for a technical foul. However, there is an exemption in instances where an injury is being prevented and the player must hang in order to avoid contact with another player.

Any player or coach who curses, insults and argues with an official is assessed with a technical foul without any prior warning.

Fighting is very rare in the NBA nowadays, however, it used to be a more common occurrence back in the day. The penalty for fighting is a fine less than $50,000 or immediate ejection from the game.

In high school, the penalty for all technical fouls is the same— two free-throw attempts are awarded to your opponents, followed by the possession of the basketball.

How Many Technical Fouls Before a Suspension

Fouls like hanging on the basketball rim, delaying the game and having excessive players on the court are considered to be non-unsportsmanlike. Other fouls such as insulting an official, taunting, and physically abusing an official are unsportsmanlike technical fouls. Such fouls can cause suspension of a player.

Playoffs are different— players get suspended after their 7th technical foul and are given a warning on their 5th technical foul. It’s worthwhile to note that suspension and ejection from a game are two different concepts. Ejection happens when a player commits one or two unsportsmanlike technical fouls.

Fighting, participating in a game without permission, and a flagrant foul can result in a player getting ejected from the game.

Apart from getting suspended for a game, players also pay a hefty fine for their infraction. That said, it is clear that a high level of discipline on the court can save a player some money and embarrassment. Though some fouls like a delay of the game can happen accidentally, unsportsmanlike fouls like fighting happen deliberately and should be avoided.