What is the NBA Veteran Minimum Salary? 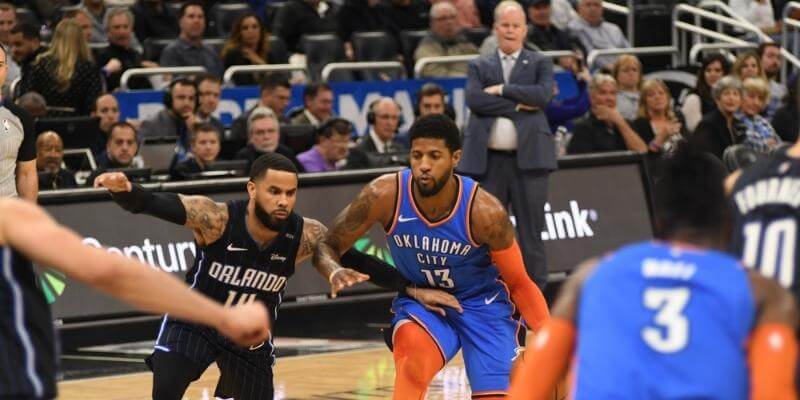 Everyone in the NBA earns what their team pays them. However, there are specific rules and exceptions that exist within the league most fans don’t know about. That is the case with veteran salaries, which are a bit different than the standard contracts other players see.

I have spent more than twenty five years around the game of basketball. It is that experience and firsthand knowledge, backed up by additional research and study, that allowed me to properly cover the different topics outlined throughout the below sections.

In this article I analyze average NBA salaries from a range of different perspectives. Not only do the following paragraphs cover those of NBA veterans, but they look at rookie, average, and max contracts as well. That wide scope helps give a better perspective on how payment works.

Keep on reading to find out more!

For the most part, NBA players get what they’re worth within the league. That is to say, minimum players earn $898,000, while max contract players can get somewhere north of $200 million. That’s a large gap, and everyone on every team fits into it somewhere.

What’s special about veterans is that, where most players will ask for the most money possible, they will go below their value in some cases when they want to sign with a specific team or organization. That can be because it’s somewhere they want to play, or they may want a ring.

The signing of veterans to low contracts has become more and more commonplace over recent years due to the emphasis on super teams. Both the Lakers and Nets have brought on many older players to their roster in hopes of creating more depth throughout the season.

However, signing so many big names would not be possible for many teams. That’s exactly why the veteran minimum salary exists. Rather than having to pay all of the superstars huge contracts, they take a one or two year deal for much less.

How Do Minimums Help a Team?

Veteran contracts are great for both the team and the player. It’s no secret that the NBA is not a forgiving league. Once someone gets over the hill, it’s hard for them to come back into the spotlight. Rather than spend time wallowing in free agency, they can still play for a lower price.

Such contracts are instrumental to building bigger and longer lasting franchises. Not only do veteran players add some skill, but they also mentor younger players and can provide the glue a roster needs to be able to go to the next level.

Veterans, when undergoing such contracts, can take one or two year deals. They can also sign multiple deals in a single run with a franchise if all parties like the match.

How Much Do Veterans Make?

The big question is, how much do veterans make on such contracts? As with any deal in the NBA, the answer is that it depends. Every salary is different, with some players demanding more than others. All that matters is that they take a pay cut at the end of the day.

Minimum salaries are specifically designed to help everyone involved. In today’s NBA, it would be easy for organizations to go out and get cheaper, younger players rather than signing veterans who might cost more and not bring as much to the table.

How Do Minimum Salaries Save Teams Money?

The veteran minimum discourages that emphasis on new players by reimbursing teams who sign veterans with three or more years of experience to one-year, minimum salary contracts. In that way, they only count against the team’s cap for $1,669,178.

To get a better example of how this works, let’s look at Trevor Ariza.

The long time player is signing a one-year minimum salary with the Lakers. The organizations will pay the minimum required on the contract ($1,669,178). Though Ariza earns a total of $2,641,691 for the deal, the NBA will cover the difference.

Note, that covering only applies to one-year contracts and would not occur if Ariza signed a multi-year deal. The numbers also don’t apply to players in their second, third, or fourth year of their minimum-salary. In such cases, they would earn slightly more or slightly less.

What is the Average NBA Salary?

While there are a wide spread of different contracts in the NBA, the average player makes roughly $8.3 million.

How Long is the Average NBA Career?

Despite some veterans sticking around for a long time, most NBA players are in the league for 4.5 years.

Who Has the Largest NBA Contract?

Currently, no player makes more money than Steph Curry. He is set to make a staggering $46 million next year, which puts him above other massive superstars like Kevin Durant and Giannis Antetokounmpo.

Who Has the Smallest NBA Contract?

All players on the league minimum of $925,000 make the least amount of money in the NBA. That is typically reserved for practice squad players, unproven rookies, or those on short-term contracts.

Being a veteran is not always glamorous. While some players can push back the clock and still lead their team during the end of their career, many take pay cuts in order to stay relevant in the league or get a ring before they retire.

Though that’s not always ideal, the NBA actively promotes that process to create more stories and parity within the system. Not only that, but even at a reduced rate, most veterans earn more money than most people will ever see in their lifetime. Not a bad deal.