How Many Division 1 Basketball Teams Are There in the NCAA? 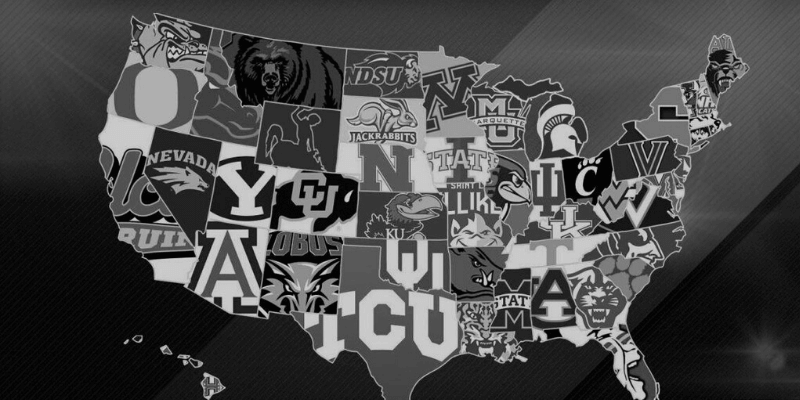 The NCAA basketball season is fast approaching. In fact, teams already began practice on September 28th and the season tips off on November 6th! As a huge hoops fan, I for one cannot wait for the year to begin. While the beginning of the year is always a great chance to see your favorite team finally back in action, it also gives you a chance to see some of the year’s top contenders for a coveted spot in the Final Four.

Obviously, not every team can make the Final Four, let alone the NCAA Tournament. With only 68 slots reserved for the tournament, there will be a lot of upset teams ending their seasons on a low note. The simple fact of the matter is that Division 1 basketball consists of several hundreds of teams all looking for success on different levels. For some, it may be trying to end the season with a winning record, for others the Final Four is there only measure on whether or not they had a productive season.

But exactly how many Division 1 college basketball teams are there? The number is pretty staggering and even I, as a self-proclaimed die-hard fan, was surprised at the total.

Let’s take a brief trip down memory lane, shall we? I want to take a look at the number of conferences at the beginning of each decade to show you the rapid growth of the sport over the years. Keep in mind, the first year of NCAA Men’s Division 1 Basketball was 1924:

One of the most attractive aspects NCAA Division 1 Basketball that draws in so many fans is that each of the 351 teams has a chance at making the NCAA Tournament at the beginning of each year. Yeah, they may not win it all but how many other college sports give their teams the right to play, and sometimes beat, some of the best teams in the country for a chance to win it all.

NCAA Division 1 Football gives what they call the Power Conferences (5 conferences total) the opportunity to play for a national title.

While it would be next to impossible to list all 351 schools, I still wanted to give you, the reader, a chance to do some research on this topic. So below is a link to each conference homepage, with a list of all of the conference champions from last season, so you can see all 351 of the teams somewhere in there and each respective conference champion.

As we mentioned at the beginning of the piece, the only way for a lot of these teams to make it to the NCAA Tournament is to win their conference tournaments. So while a team like Duke could technically lose their conference tournament, if they still have a good enough year otherwise, the tournament voters can reward them with what is called an “at-large bid” or a spot in the tournament based on the rest of their season resume. This can include different measurable aspects like strength of schedule, key wins, overall wins, etc.

Unfortunately, a team like North Dakota State from the Summit League just isn’t going to have enough opportunity to earn their spot in the tournament through any other way but to win their conference and earn an “automatic bid” which is given to each conference tournament winner prior to the tournament. A lot of teams live by the motto, “win and you’re in”, literally.

If you have a favorite team, what is their likelihood of making it to the NCAA Tournament each year? Are you a part of a tortured college basketball fanbase? Drop a comment below!