How Much Do NCAA Referees Make 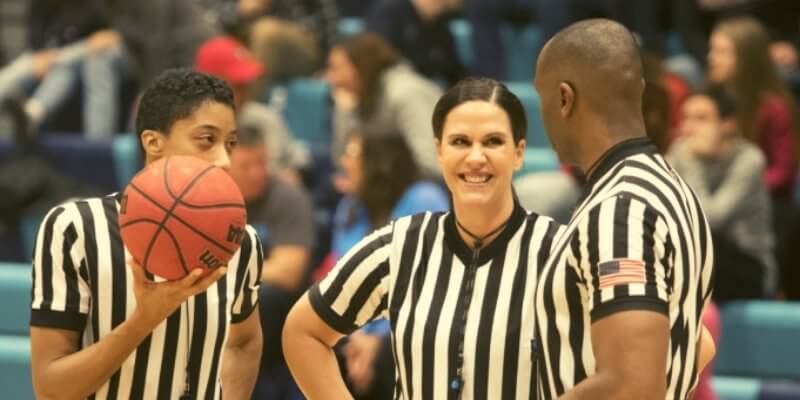 Referees are a huge part of sports. While their main objective is to regulate the game, the ref’s goal is to go relatively unnoticed in their efforts to control the pace and rules of the game. We all know, however, that sometimes they have to make tough calls that could swing the game one way or the other.

For all of that responsibility, including staying in shape in order to keep up with these world-class athletes, they must be compensated pretty nicely right?

An NCAA basketball referee is compensated pretty nicely for their efforts, although the pay range for every working official varies between $10,000 to over $200,000 per season.

Why are the salaries so different, and what does their schedule look like to get such a hefty salary? We will cover all of that and more below.

An interesting aside on the referee lifestyle is that most of them have a full-time job on top of their officiating gigs. In a world where sports is everything, it is worthy of reminding yourself that these guys (and gals) usually come from another job to make some of the most crucial calls during a college basketball season.

Sports Illustrated did a piece on legendary referee John Higgins and his enormous workload. At one point during the season, Higgins traveled 4,800 miles in three days while reffing three different games! In the piece, Higgins called himself a “professional traveler” and joked that the games he refs was the easy part of his job. Oh yeah, Higgins owns and operates two businesses on top of reffing.

In a roughly 5-month NCAA basketball season, most refs officiate between 70-100 games. That breaks down into up to 20 games per month! Referees make their own schedules meaning they can officiate as many (to an extent) or as few contests that they want. The only catch is that if you turn games down, you may get called less to officiate.

This makes referees independent contractors which means no benefits from the NCAA. If they hurt themselves or have to take time off from the sport, they are not compensated in any way. No pensions and definitely no health coverage if they go down on the job. Most referees use their full-time jobs as methods of retirement and health insurance and roll the dice out on the court.

While the top-tier refs make up to $2,000 for a regular-season game, their counterparts in the smaller conferences aren’t so lucky. The average salary for NCAA refs across the board is only $33,000, before taxes. It seems like a lot of hassle for that amount of money, but many in the business simply love it enough to make the sacrifices.

Referees in a small conference can still make up to $50,000 doing a better side gig than washing cars or delivering pizzas. Also, just because they aren’t playing or coaching, being assigned to a big game is a rush for the officials too.

Power conference refs – those in the ACC, Big East, SEC, Big 12, Pac 12, and Big 10 – can pull in up to $2,000 per game and free travel and hotel expenses. Their jobs are higher profile which leads to more scrutiny on the media and fans’ parts, but big time refs can’t complain about the pay.

If you are lucky enough to be selected to ref in the first three rounds of the NCAA tournament, you will get around $1,000 per game. NCAA Regional games will get you $1,400 a game and Final Four contests are worth about $2,000.

How Much Do Other Refs Make?

NCAA basketball is the second most popular college sport behind football, so you might be wondering how much their refs make. It is no secret the millions of dollars college football brings in each year, so even though their season is one third of an NCAA basketball season, the referees still do very well.

The averages are fairly similar, albeit the college football officials workload is significantly less. College football refs make between $11,000 and $300,000 per year. Newer officials in the power conferences can take home around $800 per game. Their travel and expenses are usually covered as well.

The life of an NBA ref is much different than a college hoops official.

Reffing at the professional level is a full-time seven-month out of the year job. With 82-game seasons for all 30 NBA teams, not including preseason and the playoffs, an NBA referee could be on the road up to 25 days a month. You may be thinking, “I’ll take a seven month a year job!” The NBA schedule, however, is no joke and can take a huge toll on a referee’s body.

Luckily they are compensated nicely.

An entry-level NBA official makes $600 per game and can bring home around $250,000 a year. Once you move up, your pay increases. Senior officials can make up to a half-million dollars a year! You also get ranking bonuses as a ref, based on your performances throughout the year. Essentially, if you are good at your job, you get paid more on top of your per-game salary. Read more from our NBA refs salary article.

Also Read: How to Become an NBA Referee in 9 Steps

Below are some other referee salary numbers in case you are curious:

While being a referee has plenty of drawbacks – the scrutiny and harassment you can get on a nightly basis jumps out first – you are being compensated quite nicely for your troubles.

By design, referees are behind the scenes as much as possible. It makes what they do a mystery, especially in NCAA basketball. They seem to just show up out of nowhere, officiate the game, and then disappear as fast as they came. No publicity, no pre and post-game press conferences. Nothing. Hopefully you learn a bit more about their schedules and salary from this piece.

Have you ever known a big-time college or professional referee? What did they have to say about their schedules and pay? Let us know in the comments section below!