What is Nikola Jokic’s Net Worth? 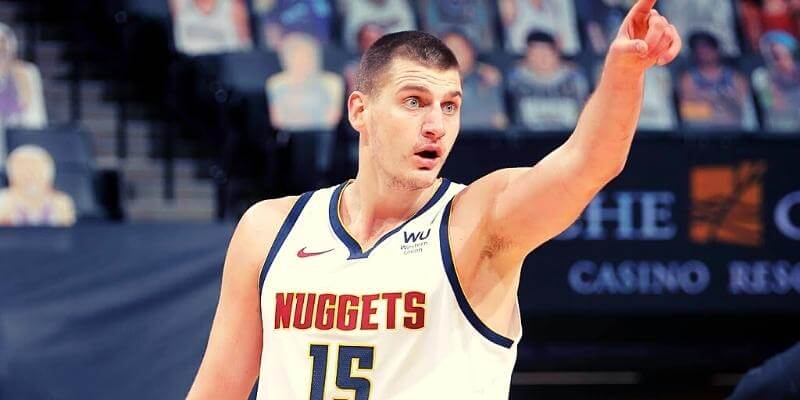 Competing in the NBA, while not always glamorous, is certainly lucrative. The league is one of the best in the world, which means those playing in it always get fair compensation. That’s especially true if a player is the face of a team or franchise.

This guide will look at the face of the Denver Nuggets, Nikola Jokic, and study his net worth. It does that by going over his different contracts, where he invested his early money, as well as the extra endorsement deals he’s signed so far in his career.

The first thing to note before breaking down Jokic’s different investments is how much money he’s managed to build up. Currently, the 27 year old superstar has a total net worth of $30 million. Not the most you’ll see in the league, but he’s certainly already set for life.

That money comes from a few different places, including contracts and external deals. He’s one of the highest paid players in the history of the league (more on that later), but accruing that money takes time. It doesn’t all come at once.

Jokic spent his youth playing ball in Europe, which is why he didn’t make a huge splash when he first came into the NBA. It took some time to get going. That slower start is why the Nuggets didn’t shower him with money right away.

Once the center began to prove himself, the Nuggets eventually caved and signed him to a four year deal worth 5.5 million. That’s not a lot compared to what he’s worth today, but it was a solid rookie deal that allowed him to slowly grow his overall value.

As the years went on, it quickly became apparent that Jokic was special. Given his talent, the Nuggets greatly upped his deal during the 2018/2019 season when they offered him a contract worth $147 million. That considerably upped his wealth and put him on a course for success.

However, he didn’t stop there. Jokic took that first contract even further when he signed a supermax extension during the 2021 season that gave him the largest contract in NBA history. The deal, worth a staggering $241 million, puts him far and above other superstars.

Money Outside the League

As with any great player, Jokic gets a lot of his net worth from valuable endorsements.

While most of his money comes from the contracts he’s signed, his earnings through various brand deals total close to an extra million dollars (with even more on the way).

Jokic’s biggest signing came when he got his shoe signing with Nike. Though no exact details about what he’s making have been released, it’s certain the deal is one of his biggest.

Being endorsed by the brand is one of the best ways any player can grow their net worth, and there’s no doubt he’s making good money. That will only go up when he eventually gets his signature sneaker. That will come once his current contract runs out.

Besides the shoe giant, Jokic also has deals with Panini America and Western Union. Signing with Panini gives them exclusive rights to his merchandise, which is quite popular with both collectors and fans, while the Western Union deal is part of a larger Nuggets partnership.

Jokic doesn’t get a ton of money from his endorsement deals when compared to what he makes on the court. That’s odd compared to other big time stars who pull in millions from external brands, but, as with his contract, there’s only room for that to grow as time goes on.

Given his deals and large contracts, it may seem odd that Jokic’s net worth is so much lower than his total earnings. However, it’s important to remember that he only gets a bit of the money at a time through his yearly salary.

There’s no doubt that Jokic’s wealth will grow, even if it doesn’t come all at once. With his recent MVP award and supermax extension, he could easily be one of the richest players to ever play the game in just a few short years.

All NBA players sign solid contracts when they enter the league. As Jokic is a multi-time all star and reigning MVP, it comes as no surprise his net worth is quite high. He’s gotten great contracts, and continues to make lucrative brand deals each season.

He doesn’t have the same money as perennial all-stars, but there’s plenty of room for him to grow. When you get an MVP award at the age of 27, there’s no doubt there are many more max contracts on the way. The other endorsements will surely follow.