What is Offensive Basket Interference in Basketball? 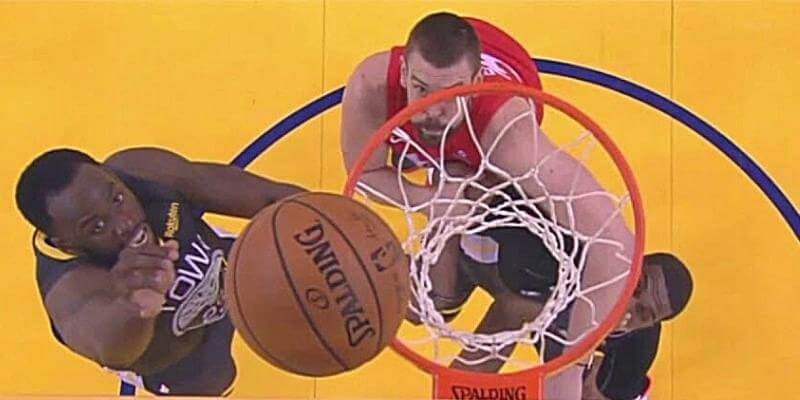 You don’t have to be tall to play basketball, but height does help. Being able to get closer to the rim makes it easier to score and defend while simultaneously making it harder for the opposing team to stop you. However, being tall means you’re more likely to break some rules too.

In this guide, I will analyze one such violation: basket interference. The following paragraphs look at how the rule works, why it’s in place, as well as the different ways it might get called during a game.

In basketball, players are not allowed to affect the ball going into the basket. They can block a shot or defend a player trying to score, but once the ball hits the backboard, is on the way down, or is above the rim’s cylinder, they can no longer touch it.

For a long time, people assumed that goaltending and interference were impossible because they didn’t think anyone could get above the rim. Once it became obvious they could, the league knew that they had to do something about it.

If a defender goaltends a shot, the points count. If an offensive player interferes, the basket is waved off.

The Ways to Interfere

First, if a player touches any part of the basket (rim or net) while the ball is on the rim.

Second, if they touch the ball when it’s within the cylinder extending upwards from the rim.

The third way interference occurs is if a player reaches up through the basket from below and touches the ball no matter where it is, or if they pull down on the rim so that it touches the ball or affects its trajectory during a shot attempt.

Most of the time, basket interference is commonly called when a big man touches the ball that’s still above the cylinder of the rim. However, every now and then a big man will hit the net or basket in a way that causes the ball to go in. That still counts as a violation.

The Nuances of Interference

In high school, college, and NBA levels, it doesn’t matter how the ball gets into the cylinder. If a player touches it and it’s above the rim or on its way down towards the offense, it counts as basket interference and the offense scores no points.

There is one exception to that, however. If a player dunks the ball, they are allowed to maintain contact with the ball into the cylinder or temporarily grab the rim without any penalty.

In FIBA, the rules are slightly different. Interference only occurs when a player touches the ball when it’s on its way towards the hoop or in a downward motion. Once it hits the rim, no matter where it is, it’s live and can be tapped around.

There are many things players are not allowed to do during a game of basketball. Basket interference is not something most people who cannot play above the rim think about when watching a game or being on the court, but it’s a big deal in both the NBA and college.

Being able to affect a shot would drastically shift the way the game is played. By ensuring shots don’t get changed or altered once they’re in their trajectory, it keeps the offense honest.