What is the Paint in Basketball? 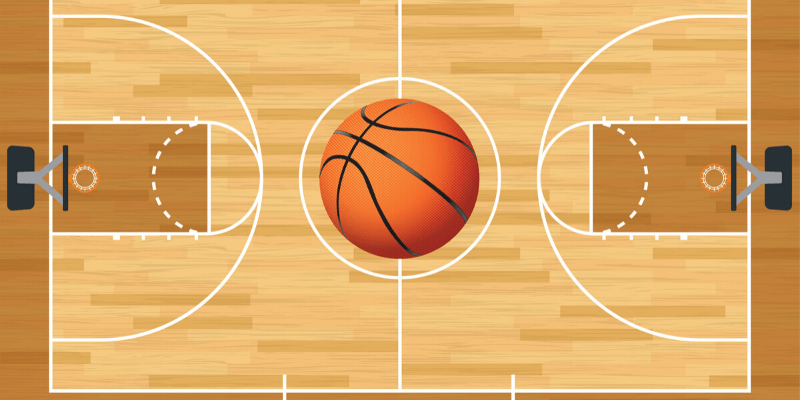 Have you ever heard of the statistic called “points in the paint”? You may have heard basketball analysts discuss it or they may reference it when talking about a particular play in a game. So what exactly is “the paint” in basketball.

The paint is a crucial part of the basketball court and whoever controls it for the majority of the game, usually has the best chance of winning the game. Most offenses and defenses are designed with this territory of battle in mind because it affects almost every part of the game.

Let’s take a look at what the paint is, the different parts of it, why it is so important to the game and what type of strategies are used to control it.

The paint on a basketball court is the rectangular-shaped area underneath the basket that goes from the baseline to the free-throw line and is in between the free-throw lane lines. It is often painted a different color than the rest of the traditional hardwood court which is why we call it “the paint”. See the photo below for a visual explanation. 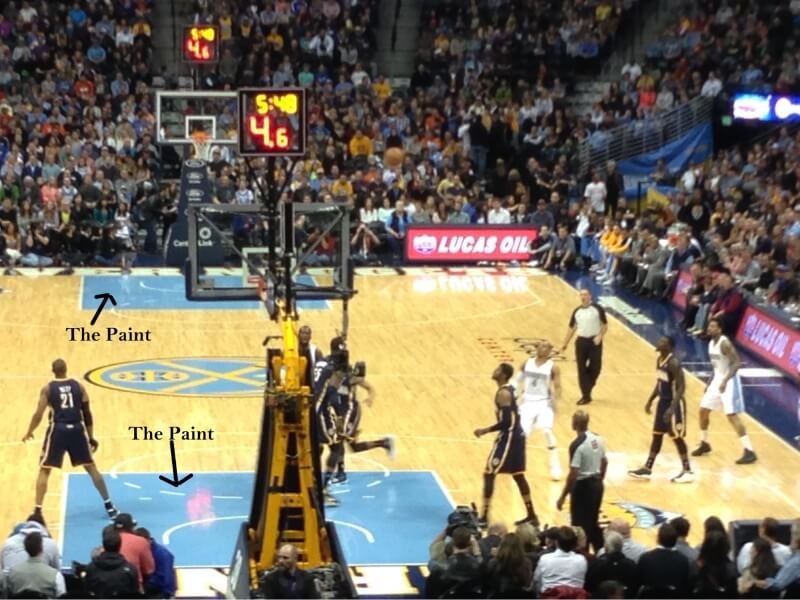 The paint. Photo by Melissa Medina.

Parts of the Paint

As you can see by the location, this area is an important piece of real estate on the basketball court. We call it “the paint” because it is usually a different color than the rest of the court but it is also known as “the lane” or “the key”. It is called the lane because it is the long area created by the free-throw line and lines extending from the free-throw line to the baseline. This is the area that players must stand outside of when free-throw shots are taken.

The word “key” is also used to refer to this spot. It was originally called “the key” due to the keyhole shape that it used to have in the early days of basketball when the lane was much narrower. The narrow lane and the jump ball circle at the top of it created a keyhole shape. See the picture below. 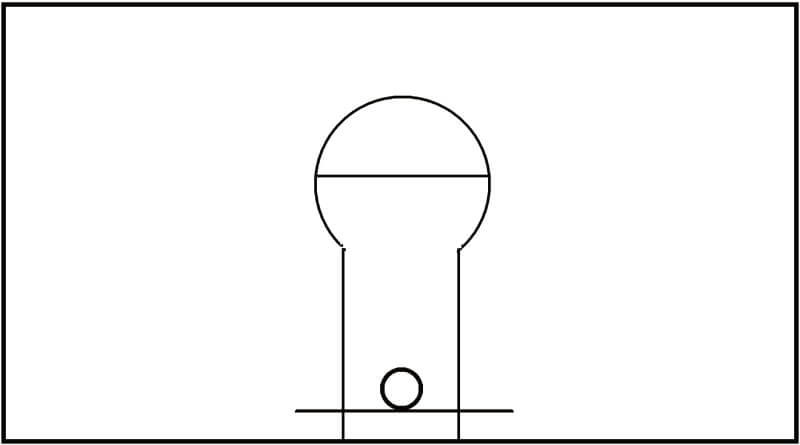 How “The Key” got its name.

This important part of the court also has specific locations on it that are often referred to by coaches, players, and analysts. Let’s take a quick look at them.

The block is the area on the free-throw lane lines near the basket. On the court, you will see the block shape marks. During free throws, it is a marker meant to keep players at a distance from the basket, but during play, it is a position where a player might post up and is part of the low post area.

The low post is the area near the basket and on the lane lines. This is a common spot for players, especially big men to establish a position or post up in order to receive a pass and then try to score or make another pass.

The high post is used in the same way as the low post but it is, as the name says, higher up on the key and more towards the free-throw line.

Top of the Key

The top of the key is the area just above the paint at the free-throw line and around the jump ball circle. This is a section of the court where the point guard will often start and direct plays.

For a visual of these locations and parts of the court, take a look at the diagram below. 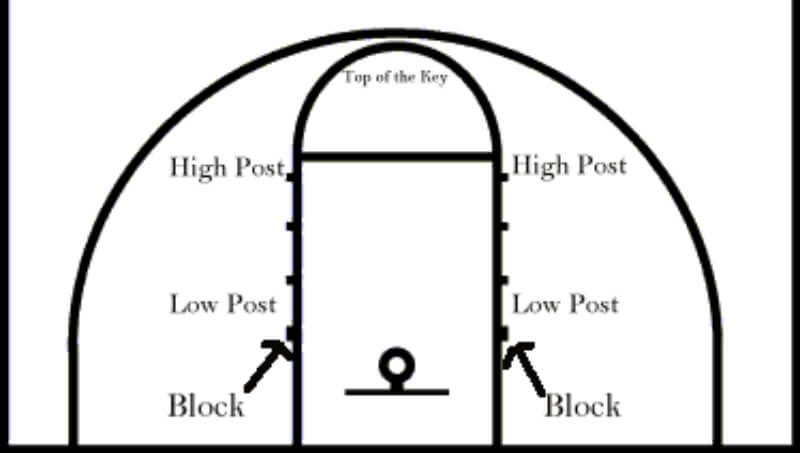 Parts of the Paint

Importance of the Paint

This rectangular shape under the basket is so important because its proximity to the basket makes it one of the best areas on the court to shoot from. This is the area where field goal percentage is the highest, so the more shots you can take in and around it, the more points you are likely to score. Layups and dunks made are in the paint, so you can see why field goal percentage is so high in this area.

Conversely, on defense, it is very important to protect the paint. By keeping players from getting into this area and taking shots, the defense can keep the opposing offense at a lower field goal percentage. This means they will be less likely to make shots and score points.

Strategies in the Paint

Because it is an integral part of basketball, it is no wonder that many strategies and plays are developed with this area of importance in mind. Posting up, pick and roll, stretching the floor and penetrating the lane are all techniques that try to utilize the key to get high percentage shots.

Due to the high field goal percentage in the lane, the defense often defends and protects the paint, trying to keep the other teams offensive players out of the area. Zone defenses, denying the pass into the post, and weak-side help are just a few of the methods that teams use to secure this sacred rectangle.

The battle over this interior position is a great source of action for most players and for the fans. This is where the game can get very physical. Referees often give players some leeway for pushing and shoving which is why this area of the court is usually dominated by the power forwards and centers (or bigs) on the team.

The majority of rebounding and shot-blocking also take place in this action-packed area of the court which is another reason that the bigs usually dominate there. This is another aspect of controlling the paint and it is very critical to a team’s success.

Often a team can be measured by the statistic called “points in the paint”. This can tell us how physical a team is and where the majority of their scoring is coming from. When a team has a high number of points from the interior it usually means that their bigs are controlling the areas near the basket and not just relying on the 3-point shot.

Restrictions in the Paint

As basketball evolved over the years and players became bigger and stronger, it started to become easy for a center or power forward to just sit under the basket as long as they wanted and have a guard toss them the ball or wait for a rebound. Because of this, basketball came up with the 3-second rule. This rule made it so that no offensive player could be in the lane for more than 3 consecutive seconds. A violation of this rule results in a turnover.

In more recent times the NBA has come up with the defensive 3-second rule (or illegal defense), which says that a defensive player cannot be in the lane for 3 consecutive seconds while not actively guarding an opponent. A violation of this rule results in a technical foul. The offense gets a technical foul shot and then retains possession of the ball.

While 3-point shooting and the outside game have become increasingly more popular over the last few years, inside play still remains a staple of most teams’ offensive sets. A team’s performance in the paint is a good indicator of their style and how physical they play. No matter how popular the outside game becomes, the physical play on the inside and controlling the paint will always be a factor in winning basketball games.

Who do you think is the all-time best player in the low post? We’d love to hear from you, so please leave your comments.