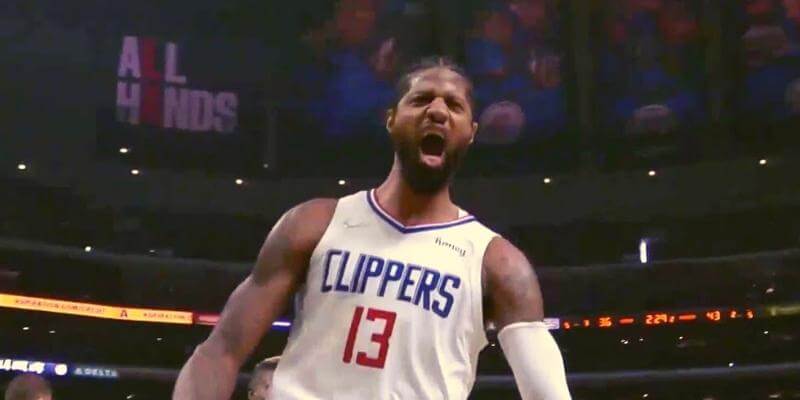 In the NBA, bigger typically means better. However, it’s not that simple. While tall men with large frames used to be enough, advanced analytics and a better understanding of science have led teams to look at more traits. Most noticeably, wingspan.

This guide studies the relationship between height, weight, and wingspan by looking at Paul George’s dimensions. Breaking down the all star guard will analyze his playstyle, his various skills, as well as how much his athleticism affects his ability to play basketball.

As time moves forward, teams get better and better at figuring out what makes a player good. Advanced analytics led to huge leaps in that field, as did a new focus on previously-ignored stats like off the ball movement, contested shots, and the ability to space the floor.

Being a physical specimen, while still a part of the NBA, wasn’t the only way to get noticed. Skill mattered a lot too.

That’s important to note because the middle space is exactly where Paul George falls into. He’s not the most impressive athlete when looking at pure physicality, but he still finds ways to get the job done.

Not Big, but Not Small

Paul George is one of the premier wings in the NBA, but he gets a lot of that from his ability to score and tenacious defense more than anything else. While he’s athletically gifted, he’s not an outlier in the same vein as Luka Doncic or Giannis Antetokounmpo.

The small forward stands a solid 6’8 and weighs 220 pounds. That weight is right around the average for his size and position, while the height is roughly two inches above. In that way, he has a strong frame without leaning too far in any one direction.

What makes George unique is his ability to use what he has. He knows how to get to the rim, utilizes a strong three shot, and can get low to the floor. All of those traits, backed up by his impressive basketball IQ, allow him to lead in a way those with similar bodies can’t match.

A Bit Out of Reach

Though George’s height and weight are slightly above most of his peers, his wingspan is not. His reach goes out to 6’11. That’s a lot of length for any player, but it’s only a few inches longer than his height. Most premier players have arms that go far beyond their frame.

Even so, it doesn’t slow George down at all. He knows how to make good use of his arms, especially when going up against taller players. He constantly harasses opponents, using his extra length to contest shots, deflect passes, and block layups.

He’s one of the best defenders in the NBA, and a big part of that is being able to use his size to his advantage. George can get into the body of bigger players, tower over smaller ones, and strip, block, or bother anyone near his size.

There’s a lot of versatility to his game. He’s not someone who immediately stands out from a lineup, nor is he going to turn a lot of heads from frame alone. It’s how well he takes advantage of his measurements that makes him an all star.

Paul George may not have the most impressive height or wingspan compared to the NBA, but he sits in a strong middle ground that allows him to play his game. He’s a true scoring guard who plays tenacious defense. His dimensions allow that to happen, and give him a strong edge.