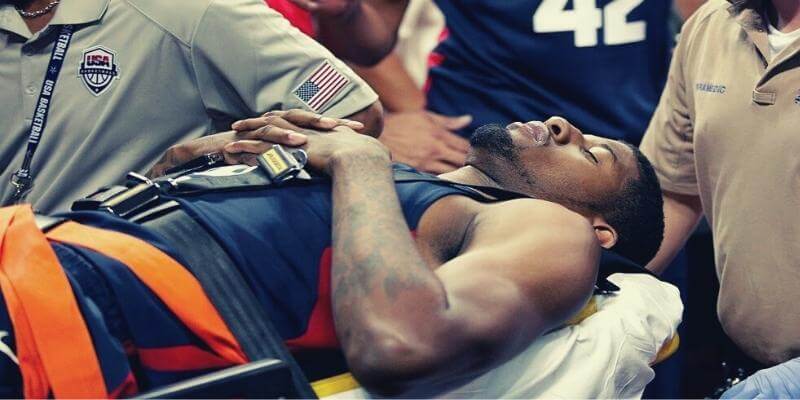 Injuries are one of the worst things that can happen to a pro athlete. Not only do issues take players out of the game and prevent them from helping their team, but they can lead to lasting issues that can negatively affect their entire career. That’s why staying healthy is so important.

This guide will study the different injuries Paul George has had while in the NBA, and look at how they’ve affected his play. That will show how much injuries matter in the scope of the league, and reveal the way athletes try to avoid them.

Today’s NBA is much, much different than it used to be. Not only do athletes have a better understanding of their injuries, but organizations are much more willing to let their stars rest. The age of pushing through the pain is largely over.

That shift enabled many players to extend their time on the court, as well as understand when they needed to sit out. In addition, recovery is much less extreme. Players can undergo serious problems and then come back stronger than ever. That’s exactly what Paul George did.

George’s first real injury came in the offseason during 2014. After being named to the training camp roster for the US National Team (and being a sure lock for the final cuts) he came down awkwardly while guarding James Harden during a practice game on August 1st.

That fall caused a compound fracture in both of the bones in his lower right leg, and he had to be carted off the court. He immediately went into surgery, with pins being put into his leg, and he was expected to miss the entire year. However, the shooter recovered better than expected.

George only played at the end of the year, but despite his prognosis he showed up in all of the final six games of the season. The offseason treated him well, and he was back to true form the following year. In fact, he played in 75 or more games in each of the next four seasons.

That success rejuvenated George in many ways, but he couldn’t stay healthy forever. He went down again in 2019 while with the Thunder after suffering a hard shoulder injury that caused him to go back into surgery.

He missed the start of the 2019 season with the Clippers, and only played in 48 games that year. He did well, but there’s no doubt that age started to become a factor.

George has had some setbacks, but he’s been relatively healthy his entire career. As he’s gotten older, however, the grind of playing in the NBA has begun to take its toll. He’s missed quite a few games over the past years, and only played in 31 (a career low) in 2021-2022.

That drop off came from a torn ulnar collateral ligament in his right elbow, which sidelined him for most of the year. He sat out for nearly four months before finally coming back and putting up big numbers, but such ailments are becoming more of a trend than an outlier.

Every athlete encounters injuries at one point or another. George has dealt with a few large ailments in his time, but he always responds well. His most recent issue caused him to miss more games than ever before. Even so, he came back with a vengeance.

It looks promising so far, but only time will tell if he’ll be able to come back as in the same way he has in the past.