How Many Rings Does Paul George Have? 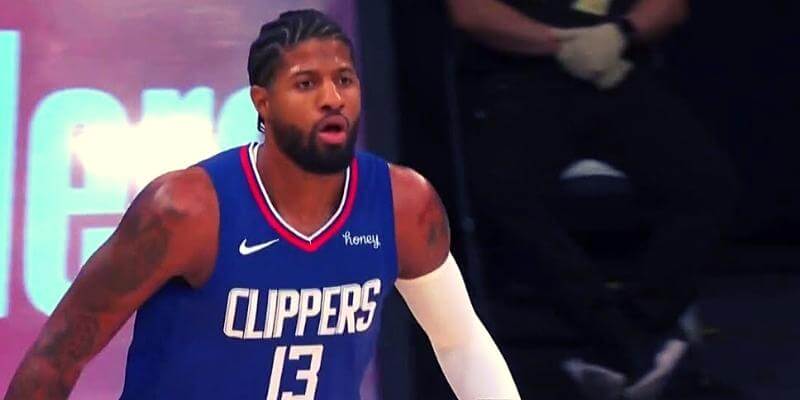 Rings have always mattered in professional sports, but in the modern NBA they are more important than they’ve ever been. Winning championships isn’t just important, it’s a key part of a player’s career and helps elevate them from good to great.

In this guide, I will look at Paul George’s rings, and then use that number to reflect on his current career as well as how hard he’s tried to win a championship. Both show just how much legacy matters in today’s NBA.

The NBA has drastically changed over the last 20 years. Where players could once get by on strong stats alone, now such figures are almost meaningless without a championship to back them up.

In fact, many all stars are ignored due to their lack of rings. Even hall of famers like John Stockton and Charles Barkley are remembered as less than they were because, despite all of their accolades, they could never win the big one.

The age of social media has put a ton of pressure on players to win championships, and the league has become hyper-focused on legacy. Being a great player is step one, but there’s always an asterisk if there’s no jewelry to go along with it.

Paul George is one of the best modern examples of how a lack of a championship can hurt a player’s legacy. He’s consistently been an amazing player, but outside pressure forced him to make several big career moves that he might not have made in another decade.

He came into the league in 2010, selected 10th overall by the Indiana Pacers. He played well for them, and only got better with time. In just a few years, he went from an underdog scoring seven points a game to the powerful 20 plus point all star everyone knows today.

Recognizing his talent, the Pacers quickly built a team around George. They brought in other great players and turned the organization into a perennial playoff contender. However, it wasn’t enough.

Though the Pacers played extremely well during the 2010’s, they couldn’t overcome Lebron. They lost to the Heat in the playoffs three times and to Cleveland once. Such losses took a toll on George. Realizing he couldn’t get it done in Indiana, he began to look elsewhere.

In past decades, George would have likely stayed with the Pacers. However, without a ring fans and teams began to wonder if he had what it takes to be a true star. Indiana traded him to Oklahoma City in 2017. He played there for two years before going to the Clippers in 2019.

Both moves got George closer to realizing his goal of winning it all, but neither were enough. The Thunder was a lateral move, while pairing up with Kawhi Leonard in Los Angeles seemed to be a sure way to get the championship monkey off of his back.

Unfortunately, it hasn’t panned out just yet. The Clippers are still a good team, but they haven’t won it all.

George still has no rings for his career. He still has time to get to the top of the basketball world, but his window is closing. If he wants to cement his legacy, he needs to hoist the trophy at least once in the next few years. Only time will tell if that’s possible.

Paul George is a great player, but he hasn’t quite made it to the top of the mountain. That’s hurt his legacy, and shows the importance of championships. He’s a fantastic player and an all-star. Without a ring, those achievements don’t quite shine as bright.