What Does PER Mean in NBA Basketball? 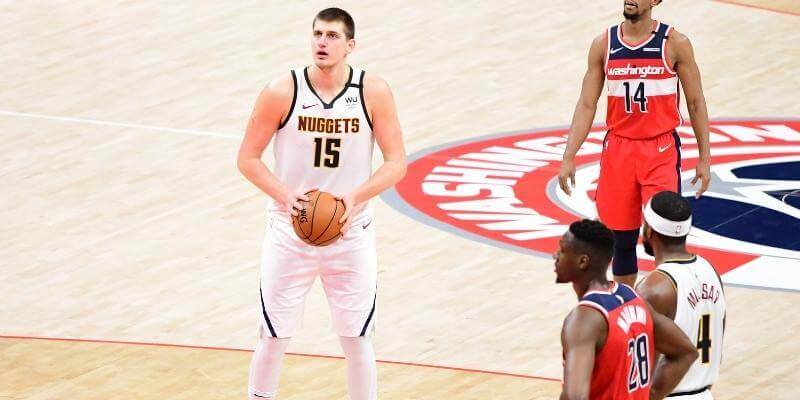 There are a lot of different statistics that can determine how well a player performs in a particular game, season, or career.

Some fans and critics hone in on the number of points a player scores for a snapshot of the game they played, while others may weigh “hustle” stats like rebounding and steals more to judge a player’s performance. Basketball greatness can be more subjective than some may like.

While every stat displays certain aspects of a player’s game, they won’t paint an entire picture of the game they played.

One often overlooked stat that can give fans a deeper perspective of how their favorite player performed overall is called Player Efficiency Rating, or PER, and has gained attention during the modern era’s use of analytics to judge players’ careers.

While PER is pretty effective, it can be confusing to some fans, so let’s figure this out together.

Explaining PER in Basketball

The Player Efficiency Rating was created by former Memphis Grizzlies Vice President of Basketball Operations and current author and basketball analytics expert, John Hollinger, as a way to gauge a player’s effect on the game by calculating their per-minute performance.

Instead of judging a player by stand-alone stats, their PER is a more comprehensive performance measure. It tells a story about a player and compares their value against others in the league.

The PER calculations can be a bit daunting to your everyday fan or those who don’t want the beautiful game of basketball to turn into a mathematics equation. It isn’t rocket science, however, as it uses in-game stats to generate a PER for each player.

Check out Hollinger’s book series Pro Basketball Forecast like the one linked here to gain a painstakingly in-depth idea of the exact formula used to calculate PER.

What is a Good PER in Basketball?

If you are someone who gets anxiety from seeing the type of formula displayed behind Albert Einstein on a chalkboard in old photos, check out the list below of PER numbers and what they usually represent for a player’s career over the course of the NBA history.

The list goes on to categorize players all the way down to a 0-9 PER which usually means they aren’t cut out for the league. The league average PER number is 15.0.

The above PER numbers list gives average fans context into just what type of PER is needed to accomplish certain milestones in NBA history and might be another great counterpoint when you have arguments with friends on why your favorite player is better than theirs.

Highest PER Ever in NBA History

Let’s take a look at the players with the best PER in NBA history in a few different situations: best regular-season PER, best career playoff PER, and best career overall PER.

You will find many familiar names at the top of each list, and some names that may surprise you.

The History of PER in Basketball

Even though Hollinger began devising the Player Efficiency Rating in the late 1990s, the metric can be used to track player PER all the way back to the 1973 season effectively.

Prior to 1973, the league did not track blocks and steals, making the PER of players in previous years inconclusive without those two major stats.

There are PER stats on players before 1973 but can’t be completely validated without those two key stats, especially with dominant defensive shot-blockers like Bill Russell who never had his blocks tracked during his prime years on his way to leading the Celtics to 11 titles in 13 years.

Some say he may have averaged a triple-double within many of his seasons if they had, in fact, taken his blocks into account. Unfortunately, we will never know.

As a self-proclaimed “stat nerd”, Hollinger started the website Alleyoop as a hobby during the early years of the internet. Many like-minded fans began finding his site and grew to love his passion for statistics and how they measured the game.

While the PER is a very telling statistic because it compiles so many single statistics into one place, it is far from perfect. Hollinger himself will admit that the PER is not the tell-all stat that some Hollinger fanatics claim it to be. Let’s look at some of its best qualities and some of its worst.

Here are a few advantages of using PER in basketball.

One of the more brilliant aspects of the stat is the fact that it can compare two players accurately even there is a significant difference in their playing time.

This is important to evaluate rising talent versus players that may have already peaked and are past their prime in potential trades or in free agency.

It can also help you evaluate two players on your team that may be utilized differently throughout a game. When you compare Dwight Howard and Anthony Davis on the LA Lakers and their impact on a game, PER will give you a pretty solid number while evening the playing field a little.

PER also takes into account the pace at which certain teams play. Most teams can’t keep up with teams like the Golden State Warriors in terms of pace (# of possessions a team uses per game) so Hollinger’s PER number calculates each player on an even playing field, similar to the per minutes category.

This helps you compare players on slower teams against players on teams playing at a high pace effectively.

Here are a few disadvantages of using PER in basketball.

Great defensive stoppers that play fundamentally and don’t garnish the blocks and steals that some do may suffer because it is tough to evaluate staying in front of your man and contesting shots within the PER number.

Players like Andre Iguodala will suffer a bit from their defensive prowess by not getting statistical credit for it while expending energy that could be used on offense. For fans that don’t watch carefully, this could diminish his value to a team.

PER During Garbage Minutes

The term “garbage minutes” explains the time of the game where the outcome is already determined. Many players have made a living off of padding their stats when it doesn’t matter and that is something PER does not take into account when calculating overall stats.

PER also doesn’t account for the quality of play during that time. If you face the Lakers, LeBron James and Anthony Davis won’t be on the court during garbage time, giving you a better chance for positive minutes without those two stars.

Researching some of the NBA’s best players’ PER numbers gives me an even deeper appreciation of their overall impact on the outcome of games.

Player Efficiency Rating can tell you a lot about what players have done both throughout history and currently and gives you the most effective method of comparing players across different eras. While PER is admittedly not the perfect stat, it sure comes close.

What do you think about PER and its ability to tell fans how someone played? Let us know your thoughts below!