What Positions Did Michael Jordan Play During His Career? 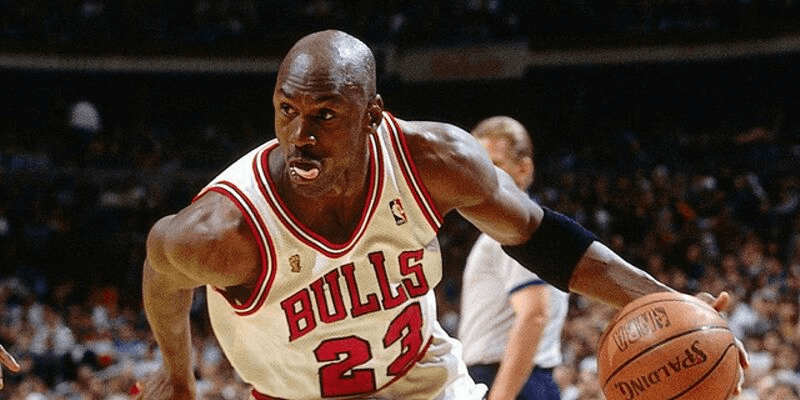 Michael Jordan is regarded by most people as the greatest basketball player to ever step onto the court. While most people have seen highlights of his greatest dunks, tongue hanging out, or his infamous fade away, many don’t know he played more than just shooting guard in his career.

Not only did Jordan play multiple positions throughout his time in the NBA, he excelled, no matter where they put him on the court. He could “flip the switch” and turn his game up no matter if at guard or forward.

Michael Jordan’s main position, and the one he played most often throughout his career with the Chicago Bulls. The shooting guard is considered the most explosive, athletic position in the game. Jordan, being the most explosive and athletic player of his generation, meant that it was easy for both Doug Collins (Jordan’s coach in the 80s) and Phil Jackson (coach in the 90s) to leave him at the two.

The fact that one of the 50 greatest NBA players of all time was there at the small forward position with the Bulls, Scottie Pippen, meant Jordan could be at his natural position and cement himself as the greatest basketball player of all time.

Michael Jordan retired from the Chicago Bulls after the 1997-98 season and stayed out of the league all the way until 2001. He then returned with the Washington Wizards, but he was much older, and nowhere near as explosive.

This meant Jordan was going to switch to the small forward position, giving him more options on the wing to use his patented mid-range fadeaway. He took much more mid-range jump shots and drove to the bucket at a lower percentage.

He adapted to his older age and new position, and still averaged over 20 points per game both seasons with the Wizards. That is impressive for an aging star who was coming off a multiple-year vacation.

This is the one most people don’t know about. During a stretch of games to end the 1989 season, Michael Jordan played point guard for the Chicago Bulls. In this basketball era, point guards were pass first small guys, generally no taller than 6’1.

Jordan definitely didn’t fit that mold. Coming in at 6’6, he was a monster compared to other teams point guards. It wasn’t the normal way of doing things, but Jordan made it work.

And by “made it work” I mean he had a triple-double in 10 of the last 11 games of the season. He absolutely dominated the competition, making it one of the most amazing runs of his storied career. So while you may not remember Michael Jordan as a point guard, by the numbers, he could have been one of the greatest even at the one.

This video explains the crazy play of Jordan during his point guard run:

While most people think of Jordan on the Wizards as an afterthought to his amazing run with the bulls, the fact that he came out of retirement in playing shape at 38 years old (a dinosaur in basketball years), is truly astonishing.

While his numbers were down while playing for the Wizards as a small forward, he was still one of the best players in the league. That is just more proof of his wizardry at the game, no matter the position.

The first retirement of his year was in his prime, and thus a comeback was easy, but that second one should be truly commended. Now, if we could just help him be as good of a team owner as he was a player, then his professional career could finally be considered a success.

While Michael Jordan was great, and not bound by positional constraints. He was the perfect height at 6’6 to play either guard spot, while also being able to slide over and play forward.

If Jordan played in today’s NBA, he could even be considered a small ball power forward. I can guarantee you that he would have been great at that too.

Do you think there is a position Michael would have been bad at? Or is Jordan simply too good to fail anywhere on the court? Let us know below.

Did he ever play as a Center???

Wow, this is interesting. I didn’t know that Jordan was a PG. A brilliant write-up of Jordan’s position.