How to Rebound Better in Basketball? 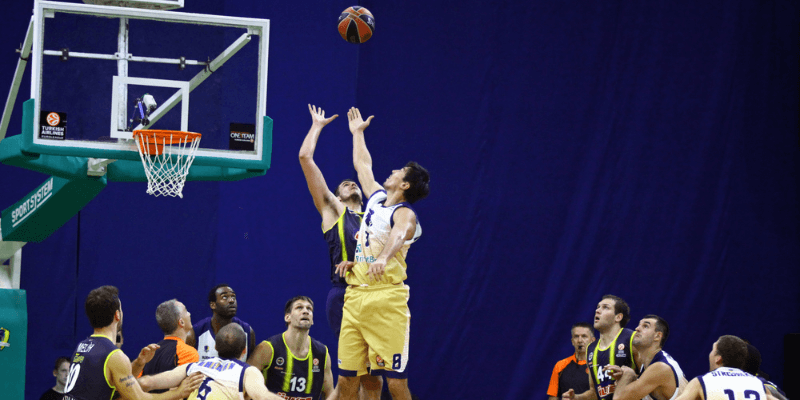 Even the most casual basketball fan cannot underestimate the importance of rebounding in basketball. If you look at the box score after any game, there’s an excellent chance that the winning team also won the rebounding battle.

To some, rebounding comes easy. To someone like me, who is six feet tall and can barely jump over a phone book, it can take practice.

How can you practice rebounding on an everyday basis, especially alone? This article will cover what rebounding is, then lay out drills to help you learn how to do it better.

Rebounds come in all shapes and sizes. Some involve a player soaring above their opponents for an impressive board in traffic. Others consist of the ball trickling off the rim so the point guard can grab it without jumping. No matter how amazing the rebound looks, two types show up on the stat sheet: offensive and defensive.

Boxing out is when players legally put their bodies on their opponents while keeping them away from the basket and the ball. The majority of box-outs consist of the defensive player turning around and placing their butt and back into the offensive player while walking them backward without blatantly shoving them.

A box out is typically used when a defensive player is already positioned between the person they are guarding and the basket. This allows the player to simply locate their opponent and then turn to look at the basket for a missed shot.

Because boxing out is usually done by the defense, it makes the offense’s job of rebounding much more difficult. The offense essentially has to fight past their defender while also running after the missed shot, which can be tough and exerts more energy.

You’re not a great rebounder simply because you can jump higher than everyone else. If you want to be great at rebounding, you must possess a combination of these three elements:

Rebounding involves some skill but maximum “hustle,” which literally means “busy movement and activity.” If you get a lot of rebounds, it shows that you always get to the ball faster than both your opponents and your own teammates.

Dennis Rodman, arguably the greatest rebounder in NBA history, made rebounding his obsession. He studied the way opponents’ shots came off the rim, so he knew where to position himself around the basket when a shot went up. His physical and mental effort gave him a considerable advantage on the court.

Effort is important when getting to a missed shot, but you still must use fundamentals to secure the rebound.

Boxing out is crucial for the 99.9% of players not gifted with a 40-inch vertical jump. If done correctly, boxing out can guarantee that the least athletic player will get the rebound over the most athletic player. Why? Simple positioning. This is a useful skill to learn at an early age—pick up good habits while you’re young, and they’ll be second nature later on.

During a rebound, when you are trying to get the ball before your opponents, you’ll try anything to secure the ball. Once you do, if you don’t keep the ball, then what’s the point?

Once you have secured the ball in mid-air, you must ensure that you keep the ball at the height of your chin. Bringing the ball too high or low after a rebound could lead to it being stolen. When you bring the ball to your chin, stick your elbows out, but don’t throw any elbows, or you will be called for a foul. By keeping your elbows out and the ball at your chin, the defense will think twice about slapping at the ball without hitting you in the face and earning a foul.

Many coaches will tell you that being a good rebounder involves only effort and no skill. However, having some special athletic gifts will help your cause. If you have a high vertical leap, you can jump and get the ball out of the air. If you’re strong, you can withstand opponents pushing and bumping you. Skills are great, but if the effort isn’t there, you just won’t be a dominant rebounder.

Think about some of the best athletes in the game today and check where they rank among the best rebounders. You’d be surprised at the small number of rebounds they get per game. What does that show you? The real results come from effort.

Practicing your rebounding isn’t as fun as shooting or dribbling, but it can make a world of difference. Below are some surefire drills that will help you learn the correct mindset and method so you can rebound like a champ.


This drill is super effective and can be done by yourself anywhere. Start on one side of the basket and throw the ball off the backboard (or brick wall), then run and jump to the other side to rebound the ball at the highest peak possible.

This drill is also great because of the ball-to-the-chin and elbow-out fundamentals used. It also utilizes your offensive skills: dribble the ball and go up for a putback layup after you’ve secured the rebound. It’s a simple yet can’t-miss drill.


While this video involves two or more players and two basketballs, it really goes in-depth on successful rebounding drills.

The first drill looks at a rebounder’s footwork. Without proper footwork—and the ability to time your jump, ensuring you’re at your highest point when the ball comes down—you’ll always mistime the ball.

The drills in this video are by no means fun to do, but they really break down each aspect of your body—feet, jump, hands, body direction—to show what ideal rebounding technique looks like. I don’t love the position they bring the ball down to after the rebound, but some coaches teach different methods. Figure out which technique works best for you.

Rebounding can change the outcome of a game, making a player a star without scoring a lot of points. More than athleticism and strength, rebounding is mostly about who wants the ball the most. Some players either can’t stand to rebound or don’t see it as necessary to focus on, and it hurts their game.

Rebounding can be a dirty job. But if you don’t mind banging your body around under the basket and getting some bumps and bruises for your efforts, it’s a skill that sets you apart from the rest of your team, and it’ll impress your coach in the process.

Do you take pride in rebounding when you play? Tell us all about it in our comments section below!