Has a Rookie Ever Won MVP in the NBA? 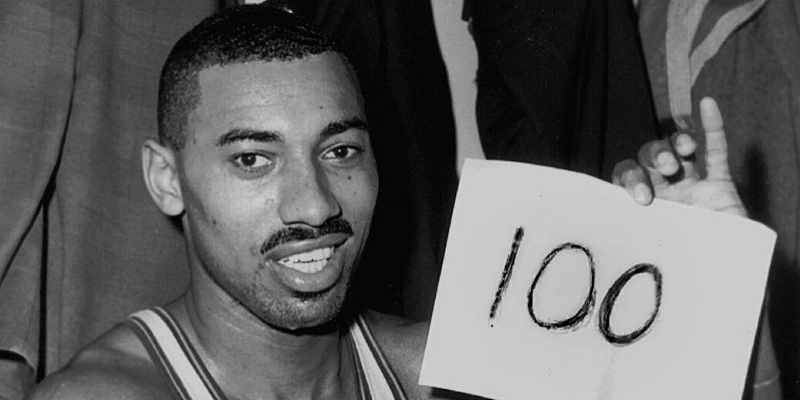 The Most Valuable Player is one of the highest individual honors a player can receive, second to only a Hall of Fame Induction. To be crowned as league MVP is to be considered the best player in the best league in the world. The pinnacle of basketball skill personified.

For a rookie to win MVP would mean that young man came into the league and in their first-ever 82 games of professional basketball, defined basketball. It is a feat that only two players have achieved in the history of the NBA.

However the stars had aligned back when the last rookie won MVP, it is hard to imagine that situation now in this modern era of basketball. The skill and dominance a player to take over the best league in the world, keep in mind that they have never played against much of any of their match-ups during the 82 game span.

Has a Rookie Ever Won NBA MVP?

Wilt Chamberlain is the first rookie to win the MVP in 1960 as a Philadelphia Warriors. The only other rookie to achieve this is Wes Unseld, a Center for the Baltimore Bullets in 1969.

Wilt Chamberlain debuted against the New York Knicks with 42 points and 28 rebounds. He would continue to be an unstoppable force throughout his career and is a basketball legend.

Who was the First Rookie Ever to Win NBA MVP?

The Philadelphia Warriors would acquire Wilt Chamberlain in the 1959 draft as a territorial pick. Wilt would go on to dominate the league during his rookie campaign, averaging 37.6 points off of 32.1 field goals attempted per game. He would shoot at a 46.1 field goal% and average 27.0 rebounds a game. Averaging a double-double as a rookie.

Wilt would beat out Bill Russel as the league winner for the MVP. A year in which Bill Russel would win the NBA Championship, and averaged 18.2 points per game off of 46.7 field goal%. Wilt would carry his team into the 1960 play-offs, but get swept out in the 1st round by the New York Knicks.

Before entering the league Wilt would play one year with the Harlem GlobeTrotters in 1958–1959 as he was prohibited from joining the NBA since he did not finish his fourth year of college. Not wanting to sit on the couch for a year, Wilt wowed crowds around the world with his basketball skills. Wilt the Stilt would continue to join the entertainment troop during off-seasons since he loved entertaining crowds with the game of basketball.

He would go on to play for 3 teams in his career, being drafted by his hometown Philadelphia Warriors join them for their move to San Francisco and play for the first three seasons in San Francisco Warriors (Golden State Warriors) franchise history.

After those three years, he would be traded back to his hometown, the rebranded Philadelphia 76rs during the 1964-1965 season. He would play 4 more seasons in Philly, winning the NBA championship for his hometown in 1967.

By the end of Wilt’s career, he would win:

Wilt also holds a long list of NBA records, like most points of by a rookie in a game (58) and highest average points per game in a single season (50.4).

Chamberlain was inducted into the Basketball Hall of Fame in 1978. He died in Bel-Air, California, in 1999.

Who is Wes Unseld?

The legendary and loyal Washington Bullet (Baltimore Bullet) Wes Unseld was taken as the 2nd pick in the 1968 NBA draft, he became an immediate dominating force in the NBA. As a rookie he averaged 13.8 points, 18.2 rebounds, and 2.6 assists, earning him rookie of the year and the NBA MVP.

He would go on to play 984 regular-season games and 119 playoff games. Wes Unseld would play his whole career for the Bullets franchise, beginning his career in Baltimore, staying on the team through their move to Washington, and retiring in as a Bullet.

Wes Anderson was inducted into the Basketball Hall of Fame in 1988.

It has been over 50 years since the last time an NBA rookie has won league MVP. At the current skill level, the NBA is played today it would be near impossible for a rookie to come in and dominate at an MVP caliber. Though – I hope for a player to prove me wrong.

Leave a comment of an NBA rookie that you think that could have won the MVP award their first year.